DNA sequencing is the process of determining the order of the bases – adenine, guanine, cytosine and thymine – in a molecule of DNA. In the mid-70’s, a scientist called Fred Sanger developed a DNA sequencing method, eponymously known as Sanger sequencing, which revolutionised molecular biology. 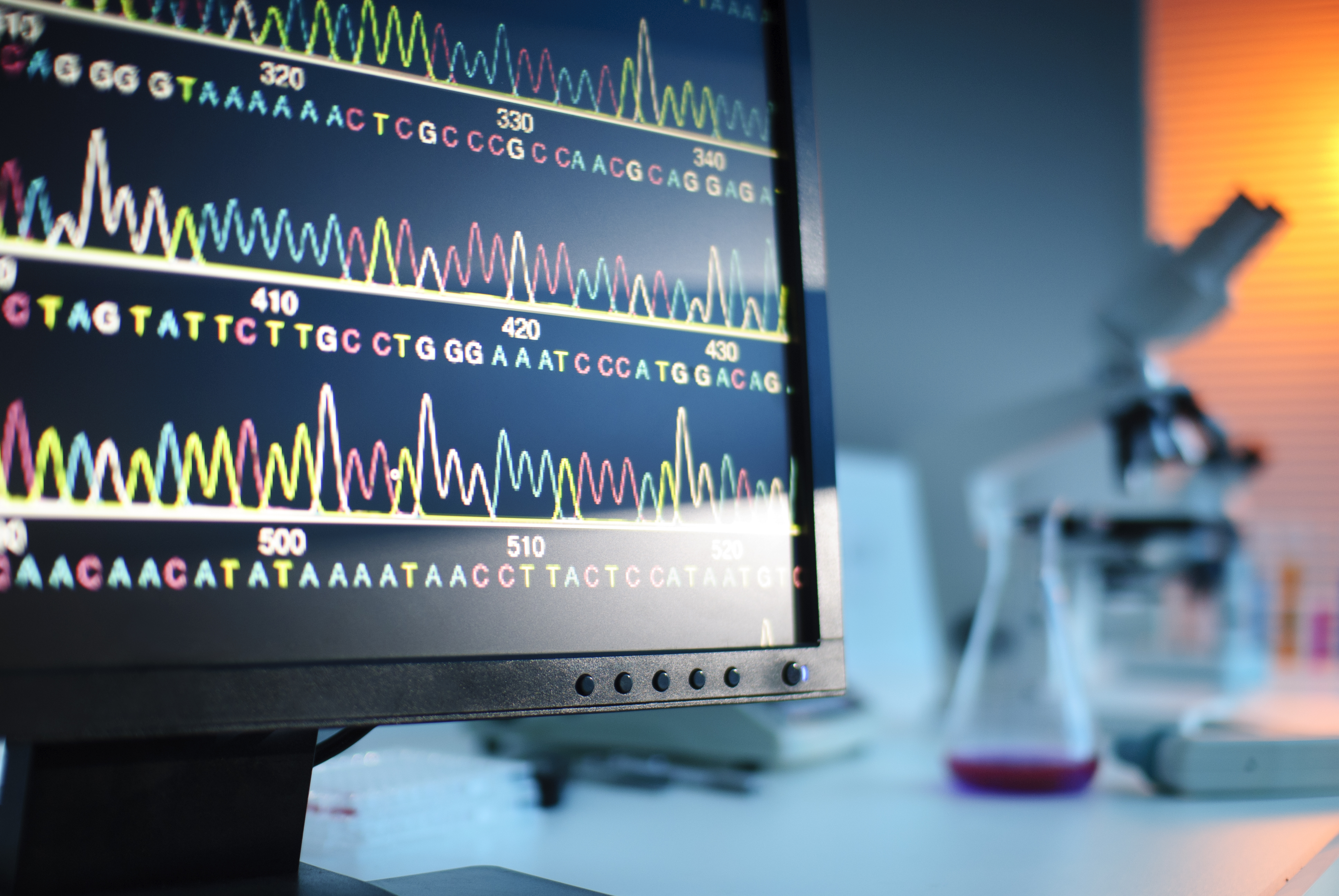 DNA sequencing is the process of determining the order of the bases – adenine, guanine, cytosine and thymine – in a molecule of DNA.

Unravelling the genetic code allowed a vast breadth of scientific applications to take place, from basic science through to translational applications such as diagnostic testing and targeted drug therapy.

Improvements over the years to Sanger’s original method allowed scientists to sequence sections of DNA up to around 600 bases in length.

Because scientists could only sequence one small section of DNA at once, the length of time and cost, required to sequence whole genomes remained prohibitive. Next generation sequencing (NGS) methods solved this problem by allowing hundreds of thousands of fragments of DNA to be sequenced at the same time – known as massively parallel sequencing approaches.

The term “next generation sequencing” (NGS) refers to many different methods used to sequence DNA. However, all methods follow the same basic principles:

For many applications of NGS we are trying to find a single genetic variant relevant to a specific disease or trait. Finding the one variant we are interested in, amongst this vast amount of genomic data is akin to trying to find a needle in a haystack. Methods have therefore been developed which allow us to sequence smaller regions of the genome.

This allows us to sequence just the portion of the genome we think is most likely to yield the relevant variation, and ignore the rest. Methods which allow us to identify smaller regions of the genome for sequencing are known as “target enrichment”, “capture” or “pull down” techniques.

Now we can analyse both the chromosomes and DNA sequence at high resolution, do we have the tools to diagnose all genetic susceptibility to disease?