Opioid agonist treatment involves the use of one of two medications - methadone or buprenorphine - let's explore.
© CQUniversity 2021

What is opioid agonist treatment?

OAT has its roots in harm reduction and its broad goal continues to be to reduce health, social and economic harms to individuals and the community arising from unsanctioned opioid use (Queensland Health, 2018).

What does OAT do?

Opioid agonist treatment involves the use of one of two medications – methadone or buprenorphine – to eliminate withdrawal, control or eliminate cravings and attenuate or block the euphoric effect of further opioid use (Gowing et al., 2014). 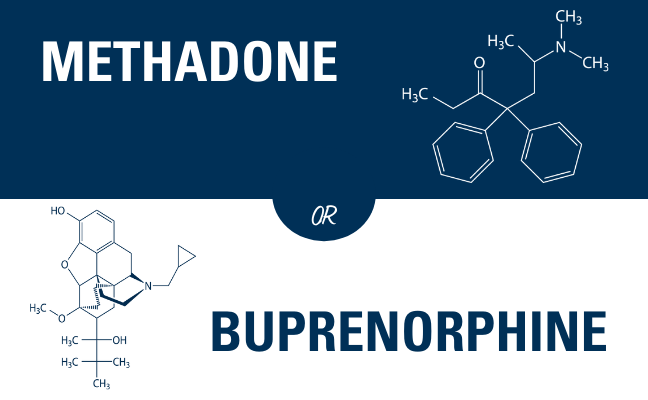 Methadone was first used as a treatment for heroin addiction in Vancouver in 1959. It was subsequently introduced into Australia for the same purpose in 1969 and endorsed by State, Territory and Commonwealth Governments as an appropriate and useful treatment in 1985 (Henry-Edwards et al., 2003).

Buprenorphine was approved as an alternative to methadone for treating opioid addiction in Australia in 2001.

In 2004, the World Health Organisation endorsed OAT and added methadone and buprenorphine to its Model List of Essential Medicines; a collection of medications considered to be most effective and safe to meet the most important needs in a health system (WHO, 2004).

Opioid agonist treatment is the most frequently evaluated intervention in all of the medicine (Wodak & McLeod, 2008) and abundant, consistent and compelling evidence supports its effectiveness in achieving many important benefits including:

It is estimated for every dollar spent on OAT, four to seven Australian dollars is saved on reduction in health and social costs (NIDA, 2018).

On a snapshot day in 2017, almost 50,000 people received OAT at 2,732 dosing points around Australia, with more people receiving methadone than buprenorphine – 60 percent and 40 percent respectively (AIHW, 2018).

This type of treatment is obviously significant and an important harm reduction strategy. You might like to watch this video for a discussion of this strategy.

The video below is supplementary to this course.