Weighing up Risk of Neurodegenerative Diseases 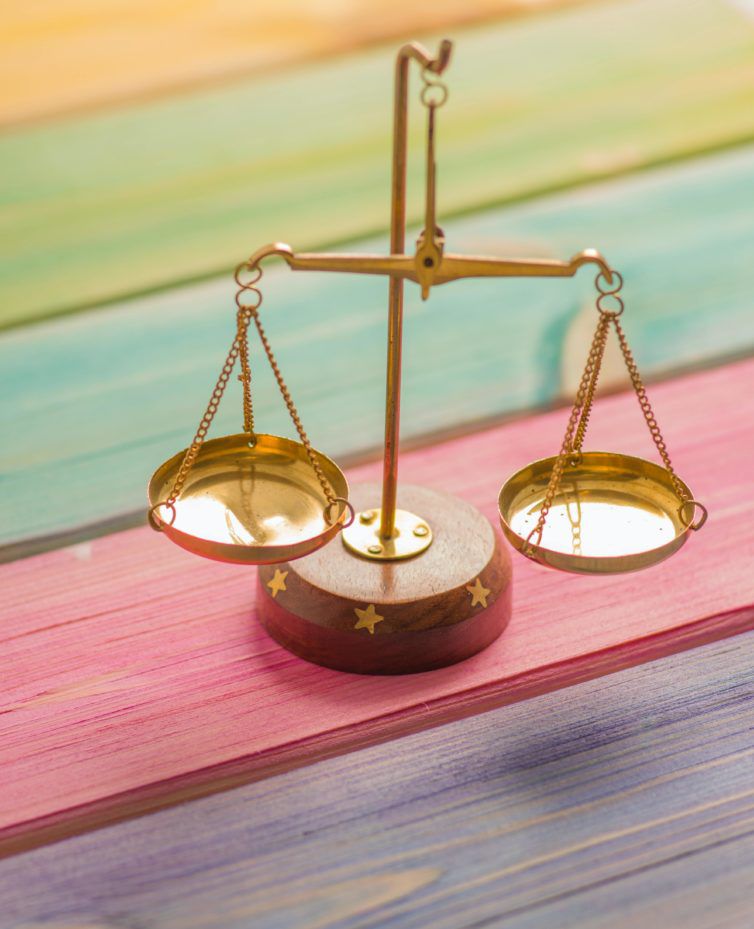 Assessing risk for disease is often a complicated balance of weighing up an individual’s genetics and other health-related exposures that accumulate throughout life. Different risk factors can also commonly be interrelated, making it even trickier to tease out individual factors with any high degree of certainty.

Broadly speaking, when we consider risk we can place things in two camps, fixed (or non-modifiable) risk factors and modifiable risk factors. Fixed are those things we can’t really do anything about whereas modifiable risks have at least the potential to be addressed or eliminated.

When we think of the fixed risk factors for developing Alzheimer’s disease, the two main areas of focus are age and genetics.

The link between age and Alzheimer’s is a prominent and straightforward one. Our risk increases as we get older. This is reflected in the proportion of people living with dementia. Such that, in the UK, around 2% of people aged 65-70 are estimated to have dementia, and this increases to 6% in the 75-80-year-olds, 18% in the 85-90-year-olds, and 40% in those over the age of 95.

Above all else, age remains the single largest risk factor for developing Alzheimer’s disease.

Less straightforward are the connections between our genes and our Alzheimer’s risk. We all inherit two versions of each of our genes – one from each parent. The combination of gene variations that make us all individually unique also impart on us different levels of risk for certain diseases.

Let’s take a look at closer look at fixed risk factors, using the genetics of Alzheimer’s as an example.

In very rare instances, certain forms of Alzheimer’s disease can be passed down through families. These purely inherited forms account for much less than 1% of all cases of Alzheimer’s. The form of inheritance in these family cases follows an autosomal dominant pattern. This means if an individual is unfortunate enough to inherit one of the faulty copies of the gene, its effects will be expressed dominantly over the other ‘good copy’ received from the other parent. In practice what this means is that if a parent has the inherited form of Alzheimer’s, each child of theirs has a 50/50 chance of getting it too – as depicted in the diagram below. If the child inherits the faulty gene they are unfortunately guaranteed to develop Alzheimer’s. These inherited forms of Alzheimer’s, called familial Alzheimer’s disease, cause aggressive expression of disease, with early onset of dementia symptoms typically before the age of 60. 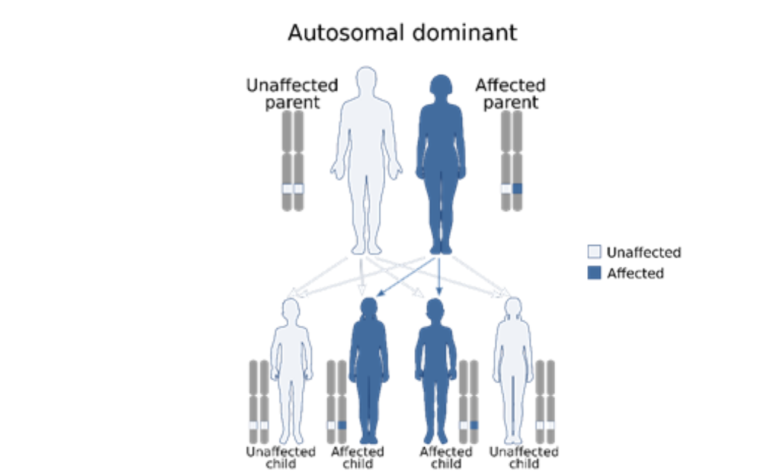 These inherited forms arise from faulty mutations in three particular genes – APP, PSEN1 & PSEN2. Interestingly all three of these genes play a role in the processing of the amyloid protein. The very same culprit that Sophie told us about in week one. In fact, the discovery of these inherited forms of disease firmly linked to faulty processing of amyloid provided some of the most compelling evidence driving the ‘amyloid hypothesis’ of Alzheimer’s disease, implicating the misfolding of amyloid as one of the main perpetrators in the common sporadic (non-inherited) form of the disease. This has subsequently spawned decades of drug trials targeting build-up of amyloid to treat and even prevent Alzheimer’s.

Of much greater relevance however to the vast majority of the population who don’t have inherited forms running in the family, is the accumulation of risk associated with many different gene variants. There have been dozens of individual gene variations all associated with small increases or decreases in risk for AD. More of these are being unearthed over time, largely through Genome Wide Association Studies (GWAS).

Each gene variation will only have a tiny individual influence, but when we add all of these up, they contribute to an overall level of fixed risk which may be higher in some people – pushing them towards the riskier end of the spectrum and lower in others – favouring a more protective genotype. It’s the accumulation and additive effect of these gene variations that mean in general people who have a parent affected by Alzheimer’s disease statistically have a higher risk themselves. And having two affected parents will increase the overall level of risk again. Though the degree of this will vary for each individual.

While most known gene variations have only small individual effects on our overall genetic risk picture, one gene has been found to have a significantly higher level of risk associated with it. The APOE gene is involved in transporting cholesterol around the brain. There are three different versions of APOE, referred to as APOE2, APOE3 & APOE4.

As with all our genes, we inherit two copies of APOE – one from each parent.

APOE3 is by far the most common form and seems to have no significant bearing on the risk for Alzheimer’s disease.

APOE2 is relatively rare (with around 2-5% of people having at least one copy) but does appear to reduce the risk for Alzheimer’s.

APOE4 is present in around 15-20% of the population and is the largest known single genetic risk factor for developing Alzheimer’s disease. People who inherit at least one copy of APOE4 are around 3 times more likely to develop the disease compared to people who have two APOE3 copies.

Whilst carrying an APOE4 copy is, therefore, a significant risk factor, it is by no means determinant of disease. Not everyone who has an APOE4 gene will develop Alzheimer’s disease and not everyone who develops Alzheimer’s disease will have an APOE4 gene. This again illustrates the delicate balancing scales we need to consider when weighing up the many different risk factors AND protective factors for any one disease.

We’ve talked here about fixed risk factors. But there are many more factors to consider when building an overall profile of risk. Let’s turn our attention now to those multiple areas of risk which can be modified.