In this article, we share the top tips for interpreting the mainstream media coverage of brain health research. 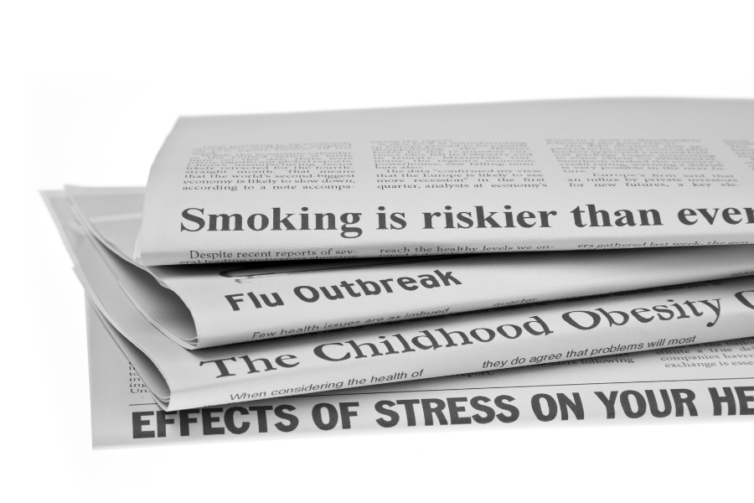 We are all aware of the potentially misleading nature of certain sensationalist headlines. These can be harmful in provoking fear or false hope or more often than not they just add to general confusion. 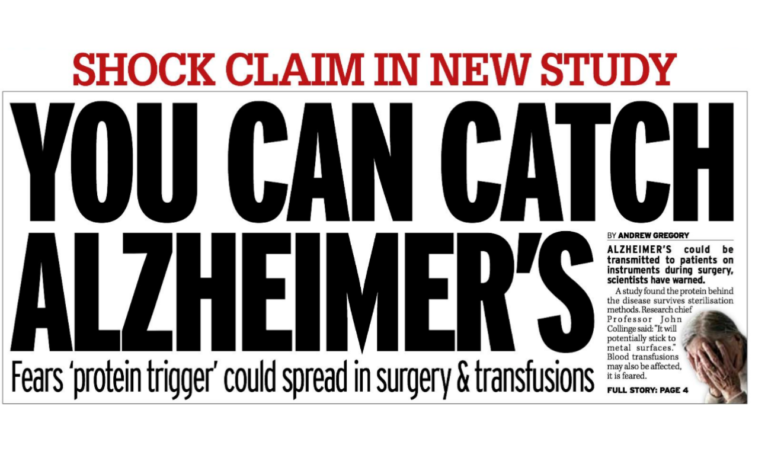 It’s not always easy to interpret findings from scientific studies. Understandably these often complex reports have to be presented in stripped down, easily understandable segments. And the mainstream media play an important role in communicating findings to the public. Sometimes however, in the interest of stripping these findings back, we can miss important pieces of the overall story.

Many of these stories focus on findings reporting increased or decreased risk for developing neurodegenerative disease. Let’s look at a few key considerations we can keep in mind when reading mainstream reporting of science that should help us cut through the noise and get to the facts!

Was a study carried out with humans or lab animals?

Performing laboratory experiments with animals (typically mice or rats) is extremely important for understanding fundamental disease pathways and for testing scientific ideas under experimental conditions that we could never do directly in humans.

As useful as they are however, humans are not mice. And mice don’t naturally get Alzheimer’s. These studies will often use animal models which attempt to recreate Alzheimer’s pathology on the animal, for example through genetic manipulation. So if something has been shown to have an effect in mice, it can provide a valuable promising avenue of investigation for future human studies, but we need to be wary about how much we can extrapolate mouse findings directly to a human population.

What kind of numbers are we talking?

The sample size is the term used for how many people were involved in a study.

If findings are reported from a study of only a few dozen people we need to be wary of jumping to conclusions and assuming these findings apply to everyone. As a general rule, if a study has been conducted in a larger number of people, we can be more confident in the findings.

Things aren’t always this straightforward though and sometimes casting a wide net and including a large initial sample size can mask the numbers of the actual group of people we’re interested in.

For example we may have a study that looked at 2,000 people and found that those who eat a lot of blueberries were less likely to develop dementia than those who don’t eat blueberries.

2,000 people may seem a large number but let’s say we dig a bit deeper and find that of the 2,000 people investigated, 150 were diagnosed with dementia in the duration of the study. And of those 150 people 65 ate a lot of blueberries and 95 didn’t. Suddenly the numbers don’t look quite so big.

We can often find associations between two things, but does it prove one causes the other?

We need to keep in mind all these associated factors when evaluating research findings. Often the only way to truly know if one factor is causing an effect is to run a randomised controlled trial – which we’ll cover in week three of this course.

Ask the question – an increase in risk from what to what?

Let’s imagine another newspaper headline on links between blueberries and dementia risk.

This time the story describes a study which looked at the health records of 5000 adults aged between 60-65 and found that those adults who did not eat blueberries are twice as likely to develop dementia. Sounds pretty convincing.

The problem with reporting things as ‘twice as likely’ is that when we have a low rate to begin with things can sound a lot more dramatic than they truly are.

We know that, in this age range, we would expect only around 1% of people to have dementia. Therefore if our study finds a doubling of risk, this implies we see that 2% of the non-blueberry-eaters developed dementia. So although the relative risk increase is 100% (the numbers have doubled), the absolute risk increase is only 1%. Another way of putting this is that from the blueberry eating group, 1 out of 100 people developed dementia while from the non-blueberry eating group 2 out of 100 developed dementia. So maybe not quite as alarming as the headline first sounds.

Knowing a relative risk can often be very informative but when reading reported risks it’s important for context to always try to get to the bottom of what the absolute risk increase or decrease is too.

Visit the RealRisk calculator for a fantastic online tool that will help you determine real risk from reported figures. Have a look at some of their examples or try entering your own data from a news report of scientific publication.

As we progress through this course we’ll start to uncover the complexities of conditions like Alzheimer’s disease and appreciate that we should be extremely wary of anything that appears to offer a ‘quick fix’.

Using the tools we’ve discussed here, we should be well placed to critically appraise stories we see in the media. There can often be some interesting science behind the headline which is valuable to prompt further areas of investigation. We just need not to get carried away with the hype and to realise things are not always as simple as they first seem. There is not, and never will be, ‘one simple trick to avoid Alzheimer’s’. Only though more research and more collaborative efforts can we begin to unravel the complicated disease processes at play and to design multi-pronged approaches to prevention of disease.

Why not take a look at the following examples of newspaper headlines and, with the critical tools we’ve developed here, think of any areas you might want more information on before you come to a conclusion.