In this article we introduce intersectionality that explores how gender shapes and is shaped by other personal characteristics. 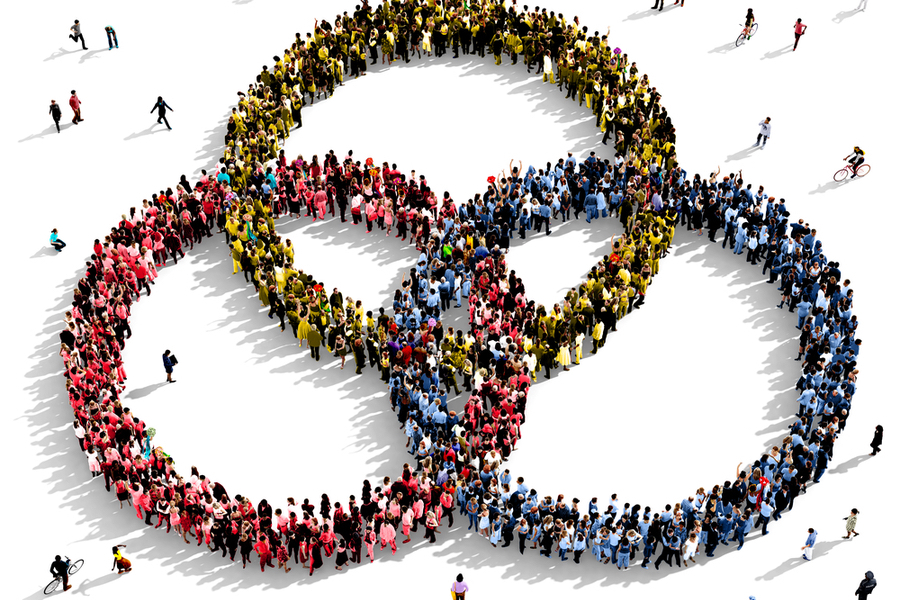 In this course we’re focusing on gender inequality but to fully understand inequality we need to understand it in the context of other characteristics and not just gender alone. For example, bell hooks – a writer, feminist and social activist – argues for the need to consider the combined effects of gender, class and race in perpetuating and sustaining inequality (2014).

Gender is also related to age, disability, sexual orientation and so on. Another feminist and social activist, Kimberlé Crenshaw, focuses on the intersection of race and gender, and those interested might like to hear more about her ideas.

Her argument highlights that there are particular effects through combining race and class – specifically black women – that need to be understood to appreciate the discrimination experienced. Furthermore she argues that the law fails to appreciate the intersectional effects.

For example, black women might face discrimination but be unable to satisfy the legal tests required if neither black men (representing race) and white women (representing gender) did not face discrimination in the same context. Crenshaw argues that it’s only by allowing an intersectional analysis that we can see that even if women and black people were not discriminated against as a group it did not follow that the combined characteristics of race and gender would not result in discrimination, but that only an intersectional assessment – where more than one characteristic was looked at in a combined manner – would reveal this. The law, however, typically deals with each characteristic independently.

An intersectional analysis is also important to understand the experience of discrimination more generally, beyond the context of the law. Does, for example, the experience of discrimination of being black (=a) and a woman (=b) combine the total effect of disadvantage from each characteristic in a summative fashion (effect=a+b), overlap to some extent so the relative disadvantage from each means the total is slightly less than the sum of the parts (effect<a+b) or does having multiple characteristics that face discrimination create a situation in which the two or more characteristics combined escalate the effects (effect>a+b)?

The answer depends on the particularities of the circumstance, but it highlights the need to think beyond a single characteristic to understand the nature of inequalities as they are experienced.

Given the importance of an intersectional analysis, you might be wondering why the module is focusing on gender alone, and the answer is a simple one. While it’s essential to bring together the multiple components of discrimination and understand their structural underpinnings, such as tradition, policy and so on, it’s helpful to explore the components individually in more depth to understand them. Put simply, although in the final analysis it’s useful to consider multiple causes of inequality in society, it’s easier to reach this stage by first considering each of the aspects in turn before we understand the relationship between them.