Introduction to Gender Inequality in the Workplace

In this article we introduce the issues associated with gender inequality in the workplace. 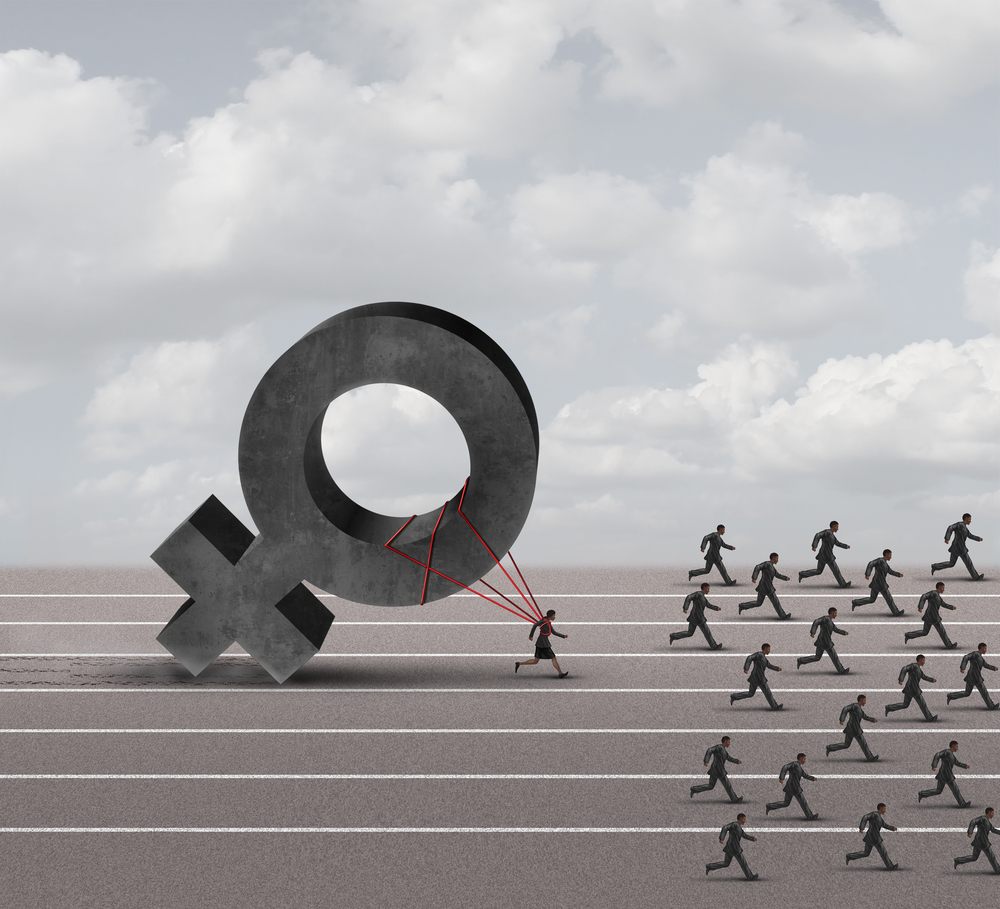 In this week we explore gender inequality in the workplace. This is probably one of the most familiar contexts for recognising gender inequality as it is a comparatively more regulated and reported aspect of our lives than in the home or society at large. It is the arena in which much of the equality-related legislation has been focused.

After education, the equality of rights at work provide one of the key means for achieving independence, economic security and well-being, status, a sense of professional accomplishment and personal growth. As we have seen, historically women’s roles have been seen to be more focused on the domestic sphere, but women are now playing a more significant role in the workplace. In many countries workplace participation rates between men and women are quite close, but differences can be found when we explore where they are employed (e.g. which sectors), at what levels of seniority and pay, and the types of contracts they hold that have implications for job security and workplace benefits.

Most of the present day legislation seeking to achieve gender equality has focused on the workplace, since many other rights (e.g. to vote, own property etc.) have now typically been secured. In the UK, the Equality Act 2010 combines previous legislation on individual acts of discrimination and inequality into one legislation and broadly parallels the European Union Equal Treatment Directives. It targets employers and other organisations providing services. The protected characteristics under this act are: age, disability, gender reassignment, marriage and civil partnership, pregnancy and maternity, race, religion or belief, sex and sexual orientation. It seeks to protect rights against direct, combined or indirect discrimination.

The act also enables some positive action in favour of under-represented groups, for example if there are two equally qualified candidates for a role, one male and one female, and females are under-represented at that level or in that role, then the recruiter could select the female candidate in order to overcome this under-representation. However, this positive action must be proportionate and must enable under-represented groups to overcome disadvantage or enable them to engage in an activity they might otherwise not have done. This is not the same as positive discrimination (e.g. favouring a female over a male candidate regardless of competence), which is not legal in the UK. Internationally, such actions are also known as affirmative action (or the reservation system in India), and have proven controversial. The aim of affirmative action is to seek to redress past inequalities and barriers for marginalised groups. There is a delicate balance between finding ways of promoting access and encouraging participation without discriminating against the non-marginalised group leading to reverse discrimination.

During this week we will explore a number of perspectives on workplace equality, focusing on the organisational and individual dimensions that contribute to gender inequality. Throughout the course we’ll address different levels of analysis: societal, organisational, group and individual. Every aspect of gender inequality can be analysed from these levels, but during this course topics will focus on particular levels in different weeks. The legislative context captures some of the societal level drivers for gender equality, alongside broader attitudes that will be explored next week. The organisational level captures the policies and procedures and decision-making that influences gender equality. The individual level addresses the personal characteristics, behaviours and individual decisions made. Between the organisational and individual levels lies group dynamics which play a role in sustaining and challenging practices. We’ll focus on these in week four when we explore in more depth how to challenge gender inequality.

As before the focus is on the experience of women rather than men, because it is typically the women who are face workplace discrimination. However, we also need to recognise the impact on men’s choices and experiences.

First, we will consider gendered roles in the workplace.