Skip main navigation
Home / Language / Language Teaching / Understanding Language: Learning and Teaching / A year in the life of the Centre for Global Englishes

A year in the life of the Centre for Global Englishes

Will Baker gives a picture of life as a university researcher describing activities over the last year at the Centre for Global Englishes. 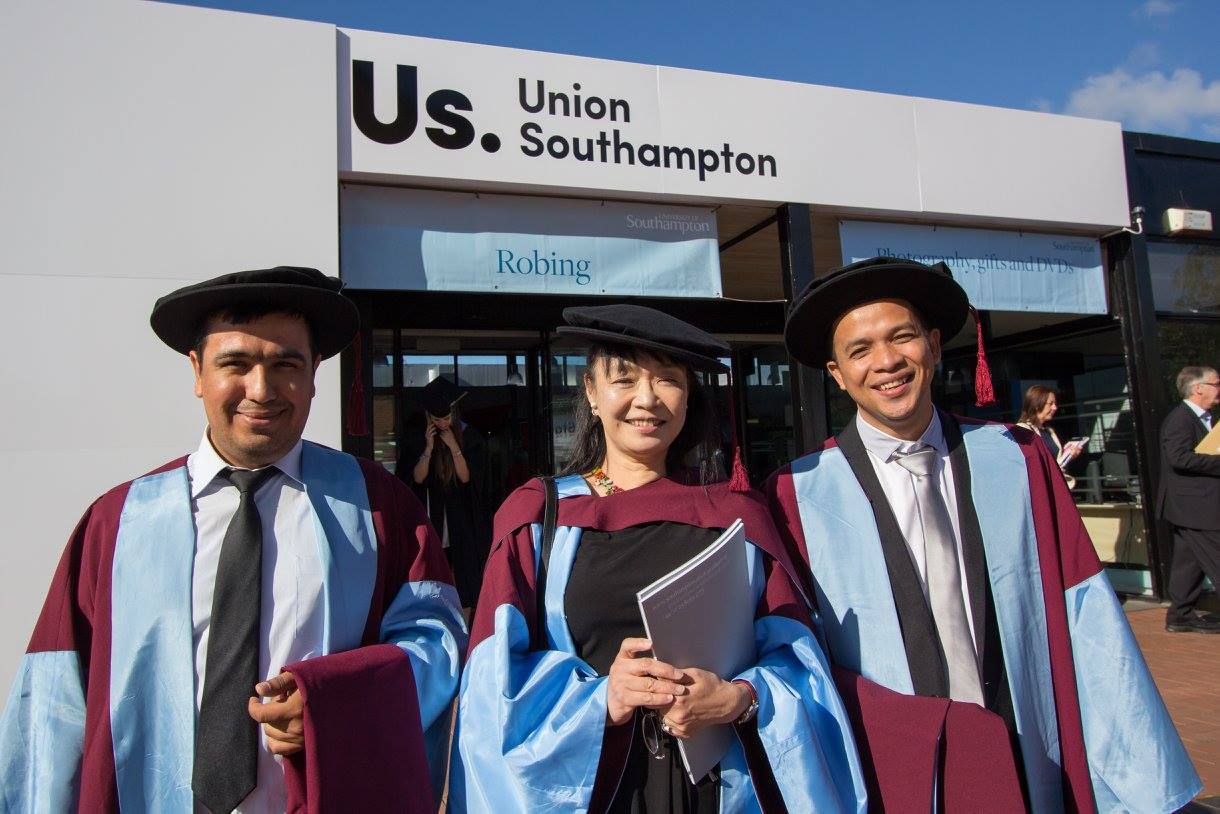 In this article, Will Baker gives a picture of life as a researcher in the Centre for Global Englishes. He reflects on the activities which have taken place over the course of one year and picks out a selection of highlights.

It has been a busy and exciting year!

We kicked off the year in August 2015 with a trip to China. The international conference of English as a lingua franca (ELF) is a chance for ELF researchers from around the world to get together and share findings and ideas. In August 2015, ELF 8 was held in Beijing and as always the Centre for Global Englishes (CGE) was well represented. 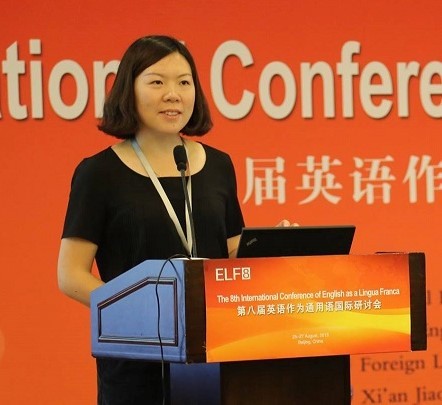 Ying Wang speaking, as organiser, at ELF8 © ELF8 used with permission of the organising committee

The conference offered us a good opportunity to meet with colleagues and also experience some of the amazing food and sights in Beijing. We held a project meeting for our international project ‘Linguistic Diversity on the international campus’ – you can hear more about that project later in the week, and we’ll give you the chance to become part of our research team.

October is the start of the teaching year at the university and we began with our CGE lunchtime seminar series from PhD students. This included topics related to ongoing research projects in CGE in settings as diverse as China and Chile and subjects as varied as teacher education and online communication in social networking sites.

We also hold a series of afternoon research seminars once a month for invited outside researchers and members of staff. In 2015-2016 we had talks from Professor Li Wei (University College London), Professor Anna Mauranen (University of Helsinki), Dr Ying-Ying Tan (Nanyang Technological University, Singapore) and Dr Jo Angouri (University of Warwick), as well as CGE research staff. These were fascinating and informative events and a good way of sharing ideas.

As usual this year was also a busy year for writing and publications. In October, I celebrated the publication of my book Culture and Identity through English as a Lingua Franca. Ying Wang also published an article on ‘Chinese university students’ ELF awareness’ in the open access journal Englishes in Practice whose editor is CGE member, Jill Doubleday. There were many other publications from Jennifer Jenkins and other CGE members in a range of international journals. 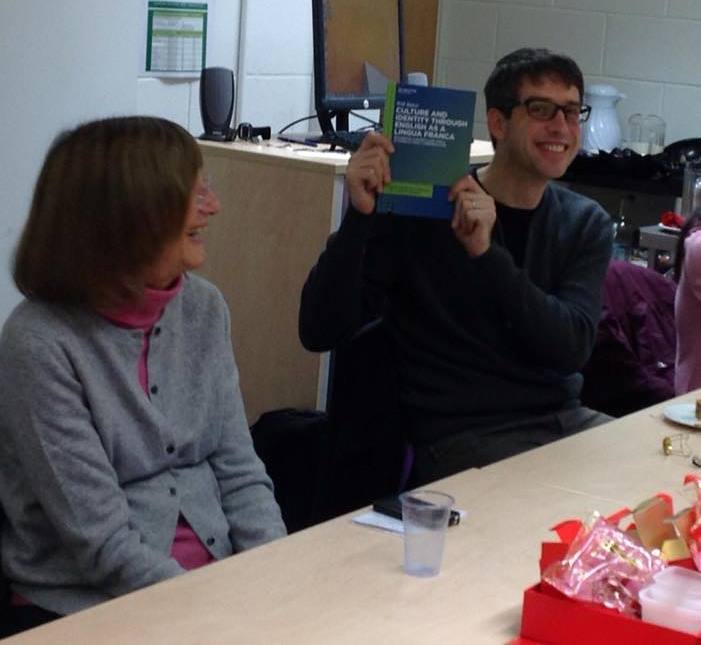 Celebrating the publication of a book! © University of Southampton

CGE members are regularly invited to give talks around the world on aspects of Global Englishes research. For example, last November Jennifer Jenkins gave the Richard Hoggart lecture at Goldsmiths College London University, on ‘English in the 21st Century.’ In January, I was invited to give a key note at Kasetseart University in Thailand on Global Englishes and intercultural communication in the Associate of Southeast Asian Nations (ASEAN).

In June 2016 CGE hosted the first ever Global Englishes PhD conference which was attended by 50 doctoral research students from around the world. Our location was the fabulous St Mary’s Stadium, the home of Southampton’s premier league football club, and we enjoyed a stimulating and enjoyable day. The event brought together current researchers, recent graduates and established professors in the field of Global Englishes. It was a rich day of sharing ideas and meeting old friends and making new ones.

This was followed by ELF 9 in Lleida, Spain which again was well attended by CGE members including a colloquium on multilingualism and multiculturalism in ELF convened by Jennifer Jenkins.

In July we had the pleasure of celebrating the graduation of a number of CGE PhD students who are all now officially Dr. Karakas, Dr. Takino and Dr. Boonsuk! 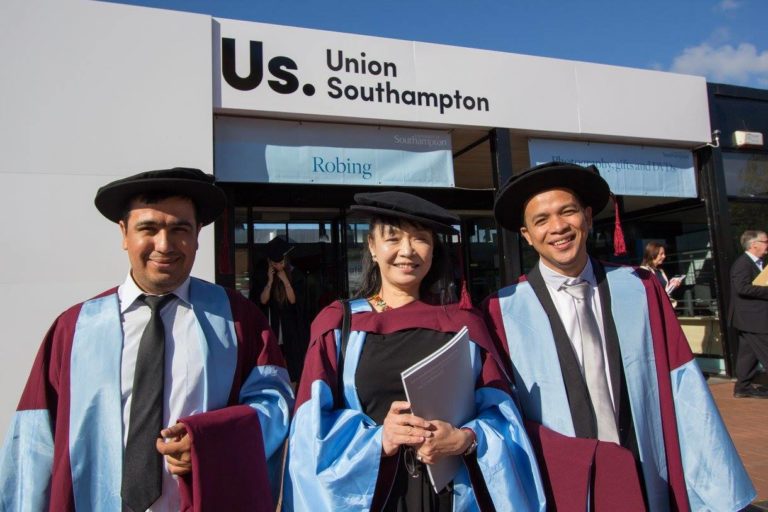 Other social events throughout the year included a celebration of Chinese New Year and our first CGE wedding between CGE members Robert Baird and Mariko Kitazawa! Congratulations, R and M! 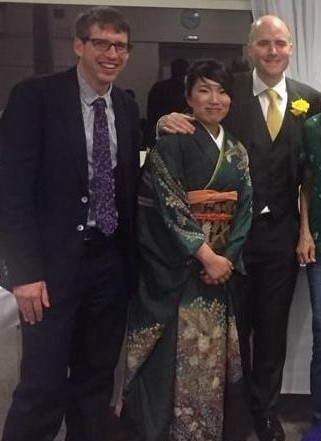