How can the design of the built environment mitigate the effects of a cold climate? In this article, Dr Sjöholm discusses the built form of Kiruna. 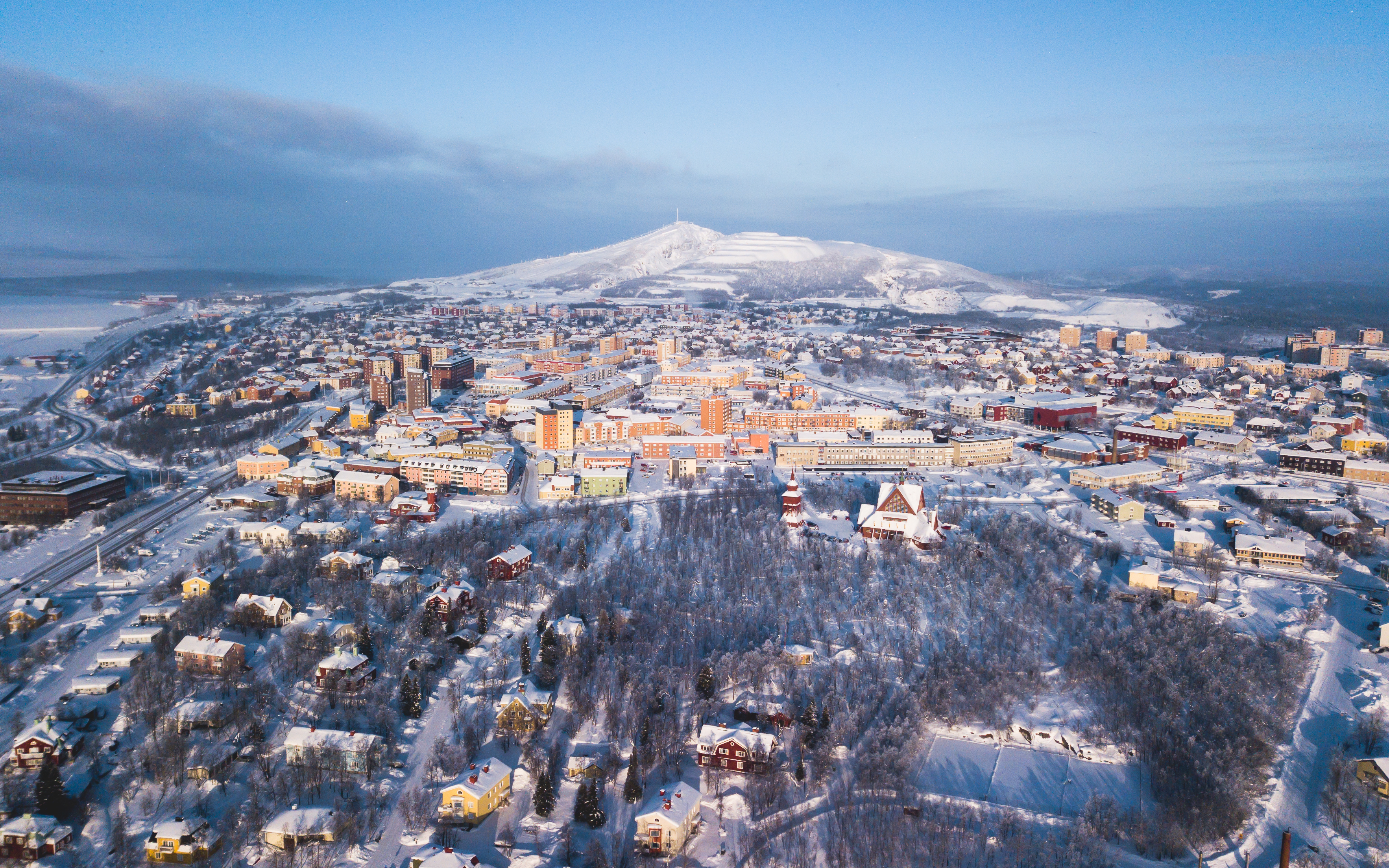 Kiruna is a mining town located in northernmost Sweden. The town was founded 1900, by the initiative of the mining company LKAB, to enable mining the rich iron or deposits in the sparsely populated area.

The area has subarctic climate, which is characterised by long, cold winters and short, mild summers. This causes permafrost, which in turn affects vegetation. The town was built on the southern slopes of Haukivaara, a low mountain between the iron ore mountains of Luossavaara and Kiirunavaara, next to the lake Luossajärvi. Prior to this, the land was used seasonally for hunting, fishing, and reindeer herding.

To get the necessary permissions from the state to start the mining operations, LKAB had to commit to provide housing and an organised settlement for the workers. This was a response to the social problems and poor living standards in the infamous shanty town Malmberget 120 kilometres south of Kiruna, which unregulated developed around another mining operation. Therefore, LKAB had the ambition do build a model company town. Some of Sweden’s most renowned architects, planners, and artists of the time was hired.

Originally, Kiruna was divided into three areas: LKAB’s company area, an adjacent service and supply town, and a railway area.

The company area was mainly designed by architect Gustaf Wickman. Here, housing for the workers, offices, and a company hotel was built, but the company also provides schools, library, hospital, fire station etc. Also a tram, connecting the housing areas with the work places, was built.

The town plan of the service and supply town, which developed into a civil municipality, was designed by Per Olof Hallman. He introduced a new planning ideal in Sweden, which was utilised on a larger scale for the first time in the Kiruna plan. Instead of the traditional grid plan, Kiruna’s town plan was adapted to the terrain allowing scenic views of the surrounding landscape. The streets were winding to break up the cold winds. Instead of a main square and a main town park, many small places and green areas were created at street crossings.

The railway area was built by Royal Railway Board, and designed by their main architect Folke Zettervall. Here, housing for the railway workers, but also train station, hotel, and a park was located.

During the 1950s and 1960s, there was a renewal of the town centre. One well-known example is the block ‘Ortdrivaren’, designed by Ralph Erskine. Erskine is renowned for designing climate-adapted architecture, for instance by using the buildings as wind breakers, maximising solar access and minimizing energy losses.

From the beginning, Kiruna became well known. LKAB’s first manager invited, among others, artists and writers, as a way to help promoting the town. From the 1970s, the town was recognised as cultural heritage, and the entire town is a heritage site of national interest.