Like any creative subject it helps to share definitions about what things mean -this can be confusing for newcomers; it'll help us communicate better. 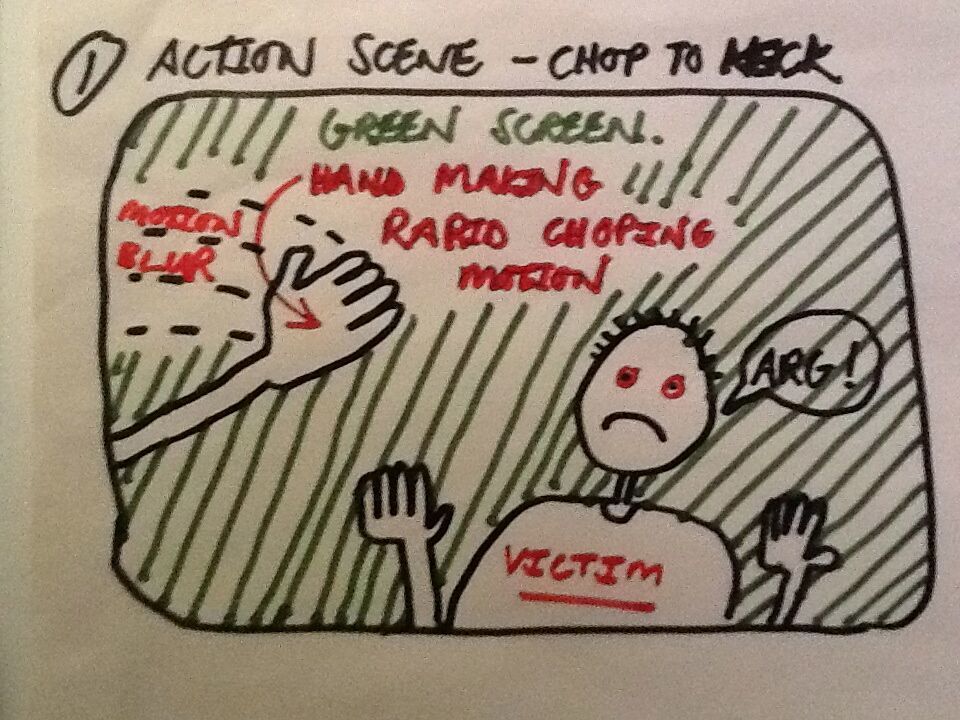 Let’s define some terms so we can all speak together! For a start people often confuse two things: Visual Effects and Special Effects.

In the industry, technically special effects are actually real things like a stunt car pile-up on set, or a carefully rigged fire, or even blood capsules popping under someone’s shirt. They’re generally effects done on set, and they are not digital. They are sometimes referred to as practical effects too. Before the advent of digital technology, everything was special effects, which is why older people particularly tend to refer to anything of that nature in a film as ‘Special Effects’. I spent a long time telling my mum I do visual effects, not special effects, but she still gets it wrong (although I forgive her).

Visual effects however are far wider in their scope- they’re not just ‘special’ (like digital versions of a stunt car pile-up, a fire or blood emerging from a bullet wound) but often quite mundane, like digitally removing an electricity pylon from a period drama, or getting rid of a boom microphone that mistakenly came into shot. These days VFX (as we’ll now refer to visual effects for convenience) are always digital interventions, and not something in front of the lens. It’s the integration of camera footage with imagery generated elsewhere. VFX are things done to the footage LATER.

It’s varied; it may be Godzilla marauding through a city unleashing destruction, or the painting out of a commercial logo on a baseball cap worn by one of the extras on set. VFX are now everywhere, and even in everyday TV drama where they can be hard to spot. It’s usually said that if you can’t tell whether it’s VFX, then it’s doing its job!

It’s worth having a look at a few of the big VFX companies. Here’s the website for MPC, our partners on this course. Have a look at their showreels, too, whilst you’re there. Other big companies include Framestore and Double Negative.

The next term we wanted to clarify is that of Guerrilla Filmmaker. It’s a term to imply someone who is making a film outside the traditional industry, with no or low budget. Because of this they have to be extra inventive. To us, this includes hobbyists at home with no intention of showing films beyond family and friends, who are shooting for the love of it, but also those people who want to develop skills to make a career in filmmaking. Many of today’s successful directors could be defined as guerrilla filmmakers originally. They didn’t just emerge from film school and get their first feature. Being a Guerrilla filmmaker means you need to be creative and enterprising – you don’t have lots of resources or a crew to rely on.

We hope our course has something for all kinds of filmmakers! If you haven’t thought about making a film before, we hope this course will get you thinking about getting involved in this creative area.