Spotlight on tracking and compositing: Monsters (2010)

Here we focus on one film where tracking and compositing is used very creatively: Gareth Edward's Monsters (2010) 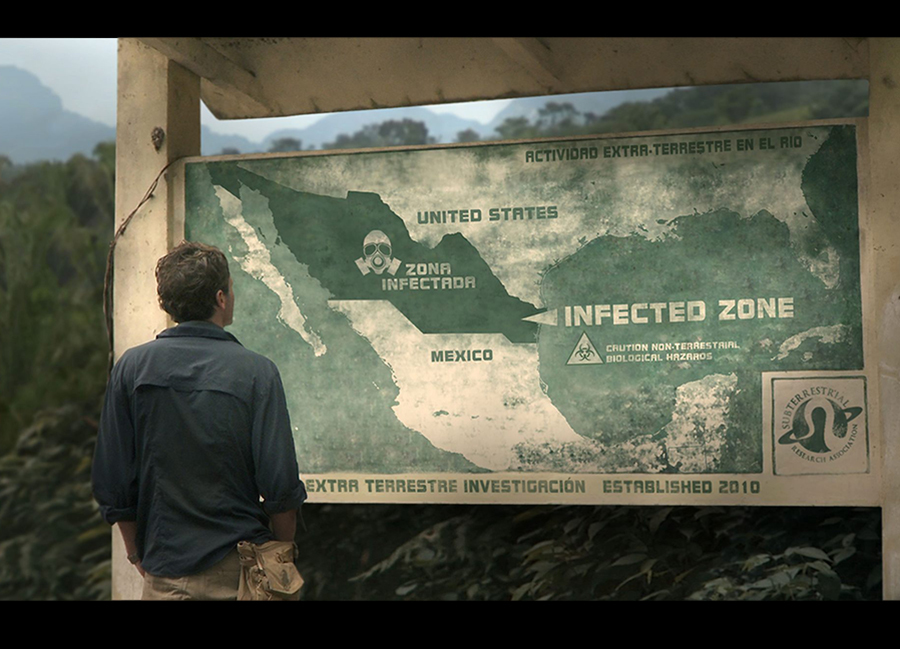 Although many films use tracking, we thought it would be good to examine just one – created in a guerrilla filmmaker style – Gareth Edwards’ first feature, the 2010 film “Monsters”.

It was filmed whilst travelling through five countries (Belize, Costa Rica, Mexico, Guatemala and the US) with minimal “prosumer” (high-end consumer) film equipment, and features only two actors mixed with the use of improvised dialogue from locals. This was truly a film shot on the move, as you can see here – over 3 weeks.

Edwards was a CGI artist who worked on programmes for the Discovery Channel and BBC, so he knew what VFX could do, and this probably reassured Vertigo films who forwarded the funds.

Edwards did not storyboard or script the film, but allowed his two actors to drive the plot by their interaction with locals, and the duo knew the detailed specific points Edwards needed to shoot for the story.

“When we got back to England we had over 100 hours of unique footage” recalls Edwards, “Not the same takes again and again like a normal drama, but ad-libbed moments that never repeat. We cut the film and I did all the effects using off-the-shelf Adobe software”.

Famously, all 250 visual effects shots were created on a laptop in his bedroom. Edwards painted in or rubbed out many things in the footage to make his composited shots often contain eerie or menacing objects.

The film makes extensive use of tracking as he places many objects into his ‘road movie’ style scenes. If you get a chance to see a copy, look out for “Infected Zone” signs by the roadside, smoke billowing from places on the horizon, and shelled out buildings and ruined military vehicles. A lot of these are composited and tracked into moving shots.

We recommend this neat video about Gareth Edwards’ guerrilla filmmaking attitude and even if you can’t get to see the film, it’s worth looking at the Monsters trailer and Edward’s editing process.

From what you see, you get a real idea of the effectiveness of tracking and compositing and how it can turn these shots of places in South America so easily into an alien landscape.

Could you use tracking to transform the environment in your films in a similar way? Or if you are just starting to think about films, can you think of an occasion to use tracking? You don’t need to go to Belize- maybe you could transform somewhere closer to home?

As a postscript, if you wonder what happened to our guerrilla filmmaking hero Gareth Edwards? Well, he ended up directing Godzilla (2014) and is now working on a future Star Wars movie. Not bad.