It's probably a good idea to define some of the terms we'll hear in this week's episode. 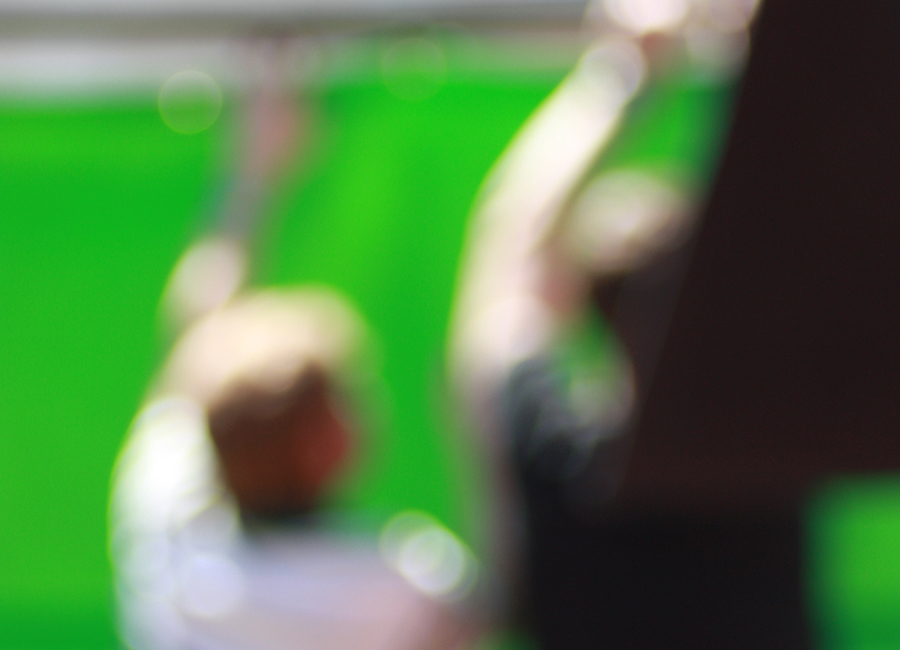 Green screen is part of the popular mythology of VFX. Before we show you how to create your own optimum green screen, and before you have a go at what’s termed ‘pulling a key’ in HitFilm with our specially prepared clips, we should explain some of the terminology.

Let’s start off with…“pulling a key”

This phrase refers to the process of ‘Keying’ which is essentially using colour or tone to identify the difference between the foreground object or character and the background in an image.

Why green screen? And how does it work? Why green? Because people aren’t green. The reason to shoot anyone (or anything) in front of a green screen is to digitally separate your subject from the background, ready to be transplanted into another shot or scene. The colour green is used because in colour science it is the most distinct from human skin tones, no matter what your ethnicity. Green is far away from red in a colour wheel. We’re all made of red tones! If we chose red or yellow screen, for instance, we’d have a harder job getting a clear separation between the person standing in front and the screen itself.

Why have I seen a blue screen being used then?

Blue is next to green in the spectrum, so is also far away from skin tones. Blue was a lot more common when keys had to be created in film, before digital technology, because (keeping it simple) of the nature of the separate colour emulsions within celluloid. When digital processes came in green tended to be favoured because of its higher luminance- it needed less lighting. Some digital cameras also record more information in the green channel via their sensors, so providing a smoother (and therefore easier to key) picture.

There’s nothing particularly wrong with blue, although if you are adept at Adobe Photoshop and can view individual Channels, you’ll know that blue is often a bit ‘noisier’ or grainy, and so this is reckoned to hinder more delicate keys .

I want to key Kermit the frog; or a potted plant, what are my options?

If you want to key something green, you can actually use any other colour. In some films red screen has been used on models, like spaceships (because they were lit rather blue for outer space conditions, so blue and green weren’t good ideas).

Can I key on Black or White backgrounds?

Yes, it’s called Luma Key (Luma = Brightness). The problem is this tends to be inexact: for instance if you were filming an actor against White, the eyes would also be keyed, and the teeth, and maybe the highlight on the forehead. It wouldn’t be convincing. However it can work fine for white text on a black background (or vice versa), or creating an experimental effect. Many stock effects are shot against black, as you saw in week 1, ready to be luma keyed.

Why are we doing keying anyway?

Here’s the thing that most people don’t realise at first; when we pull a key, through whatever method, the computer is really behind the scenes creating a Matte. It’s a term from the old days of film, equating to a mask. It’s a record of which parts of the image are see-through, and which aren’t. This is often represented in the computer as a monochrome version of the image. The whitest areas are telling the computer which pixels in the image are opaque, and the blackest areas are those areas that are transparent- where the other image will come through. A range of grey pixels designate translucent areas. You’ll see this matte in the HitFilm exercise this week. Watch out for it!

This matte can be saved as part of the image, like saving an instruction to any VFX software about how the image is to be cut out and presented later. In VFX circles, you may hear this saved Matte referred to as the Alpha Channel. Put simplistically, many digital images can have four channels or separate sub-images inside, namely a Red, Green, Blue, and Alpha channel. The Red Green and Blue channels contain information on the colour of individual pixels in your image, whilst the Alpha Channel only contains information on the opacity or transparency of each pixel. Generally, you don’t see the Alpha Channel, it’s hidden away and is only viewable in certain software. Some file formats aren’t designed to contain Alpha Channels, like JPEGs, so if you want to save this keyed information into your image, you need to choose a TIFF, TARGA or EXR format, or others.

Sometimes, keying isn’t possible: welcome to the art of Rotoscoping

Rotoscoping, which as you’ll see (it’s regularly used by at least one of our guerrilla filmmaker guests), is used when you can’t pull a good key. It involves masking your foreground character frame-by-frame by drawing around it. You are essentially drawing a matte or mask, rather than getting one instantly when you pull a key. Although today’s rotoscoping software has a level of automation involved, rotoscoping is very time consuming, a bit like drawing frames to be animated. Most VFX artists will use a mix of keying and rotoscoping to ‘cut out’ their chosen foreground figure.

Actually, keying can be hard work. Getting the first 70% of a shot right is easy, it’s the last 30% that needs the hard work, and that’s often the convincing bit. There are always edge issues, and also what is called ‘spill’– the phenomenon where green light from the screen bounces back onto our subject, especially if they are wearing white. Because the way your green screen is shot is such a major factor in the success of your VFX, it’s increasingly important that you pay attention to the shoot. Big VFX companies like MPC make sure they are always present when things are shot by the big studios, because a well lit green screen will save so much time later.

To get an idea, look at our next video where Peninsula Films’ Scott Newstead shows us how he sets up a “Guerrilla Green Screen”.