24 year old Compositor Josh Parks specialises in compositing in Nuke, industry standard software. He tells us why 3D compositing is so useful. 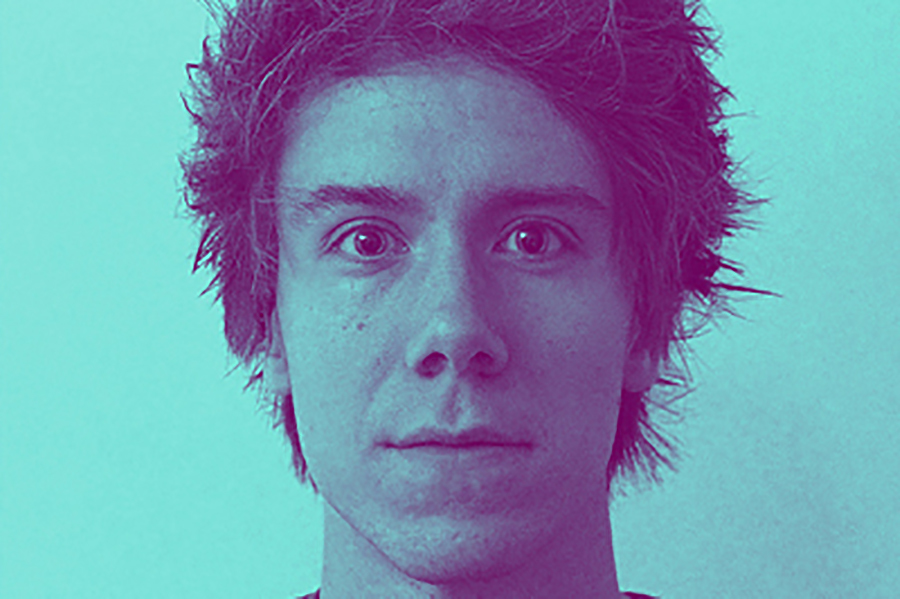 Who are you, what’s your role, and tell us a little about how you got there?

Hello. My name is Josh; I’m a compositor at Double Negative in London, I recently worked on Star Trek Beyond, it’s amazing to work on a franchise with such a huge following. Having always loved art and technology, I studied photography at art college then went on to study VFX. Compositing felt like the best career for me as it’s a combination of both technical and artistic skills.

So what’s the big deal about 3D compositing? What can it add that we can’t get from 2D layers?

3D Compositing is incredibly useful, as it creates the correct parallax between our objects in 3D space. For instance, at the moment we’re pretty much set dressing a Jungle with fire and smoke, by placing the elements on cards and arranging them in our scene. Due to the project being stereoscopic (3D) it also means that these elements will be correct in stereo depth, as they are captured by our 3D stereo Camera rig. If I were to do this in flat 2D I would have to manually shift each element left or right by a certain amount in order for it to sit in the correct stereo depth. That would take ages.

When you started learning, what were the biggest challenges to getting proficient with 3D compositing?

The biggest thing to get my head round was definitely the node based system. Having previously used Photoshop, I was only used to a layer based system, however as with all things, something suddenly clicked and now I prefer Nuke and its completely non-destructive workflow. It gives you the ability to try stuff out, by disabling and enabling nodes, without having to worry about running out of ‘Undos’ if you forget to save the current state.

Can you explain how Digital Matte Painting (DMP) makes the most of 3D? I thought it was all flat pictures?

When I was working on The Martian a lot of DMP was being used in order to enhance our environments that were shot. DMP doesn’t just have to just be projected onto cards but can also be projected onto geometry like curves in the shape of the environment. This allows you to create some huge landscapes that render incredibly quickly as it’s just an image being projected onto geometry which is then ‘filmed’ by a virtual camera, rather than a complex 3D model. If you did this in a 3D modelling program, materials would need to be created, then the scene would need to be modelled and lit, and render times can really stack up, so DMP is a nice way to cut this out.

Does it help to know about real world lighting techniques?

It will definitely help to know about real world lighting techniques, if a technique can achieve an aesthetically pleasing look in the real physical world, it’ll probably do the same when it comes to 3D compositing.

Can you tell us about times when you’ve done a shot that could only be achieved in 3D comp, and why?

When I was working in prep at MPC, there was a lot of paint work needed in order to remove unwanted tracking markers in the shot. Sometimes there would be so much motion blur that we couldn’t get a decent track on the movement. Luckily we had an amazing matchmove team at MPC who were responsible for creating a virtual camera that moves in the exact same way as the camera on set. This allowed us to place a piece of geometry in Nuke’s 3D workspace in the exact place as our object with the marker was, project our paint work onto it to hide the marker, and it was then get captured by our virtual camera. This means it’ll stick perfectly to the object, with the audience never knowing that we touched the original image.

Tell us a bit about camera moves and how they add new creative possibilities.

VFX allows you to no longer be constrained by real world physics or lenses, this gives you unlimited possibilities in the way you choose to capture your image, as well as being able to alter the amount of motion blur that a certain shutter angle would realistically give you, or alter the lens that the original shot was created with.

Do I need to be a rendering nerd or a techie to understand this stuff?

Not at all, it just takes a bit of playing around to get your head round it. Luckily there isn’t a button in Nuke that’ll give you a virus and crash your computer, so be confident and just try stuff out. The worst thing that can happen is it goes wrong and you start a new scene. I personally had more of an artistic background and slowly picked up the more techie bits.

Can you name any films where you thought the 3D compositing was particularly inventive?

I personally think the most inventive 3D Compositing is done in TV shows. The budget and deadlines are tighter as well as the companies being smaller which means their pipelines can be more fluid and adaptable. Boardwalk Empire is a good example of this, as they quickly had to change the look of the location so used a lot of building fronts on digital ‘cards’ in 3D.

How much does 3D add to your workload?

I’d say 3D doesn’t add anything to your workload. If you’re feeling it’s taking a long time to get something done, then you may want to look at alternative solutions that will allow for quicker results. There’s always more than one way to do something in VFX, especially in compositing so understanding each particular technique’s strengths and weaknesses means you decide quickly which way of doing something will add least to your workload with the best outcome – whether it’s a bit of fancy maths that automates something or using Nuke’s 3D space to quickly create the look you want.

As a guerrilla film maker, with barely any budget, what does 3D compositing have to offer me? Can you give me a mundane example where it might come in handy in my work?

As much as I could write about how VFX is used on literally everything these days, I think the best thing would be to google a TV show you like and append the search with ‘VFX breakdown’. I’ve seen VFX breakdowns for the TV show Ugly Betty using the exact same techniques as we use on the big blockbusters, the only difference is the context.

In guerrilla filmmaking VFX is generally useful if weather conditions weren’t what you wanted but you were forced to shoot due to deadlines. So you may want a sky replacement for a shot. Or perhaps your crew’s trailer is in the background of your WW2 drama and you haven’t got the money or time to go re-shoot it, so using some compositing know-how can remove it from the shot. With Guerilla filmmaking you don’t have the budget to go crazy on the VFX but used thoughtfully it gives you the power to get closer to the great images that you have in your head.