Inspiration and Perspiration: you need both to succeed, so they say. It's certainly true in VFX. Here's a range of videos and resources for both. 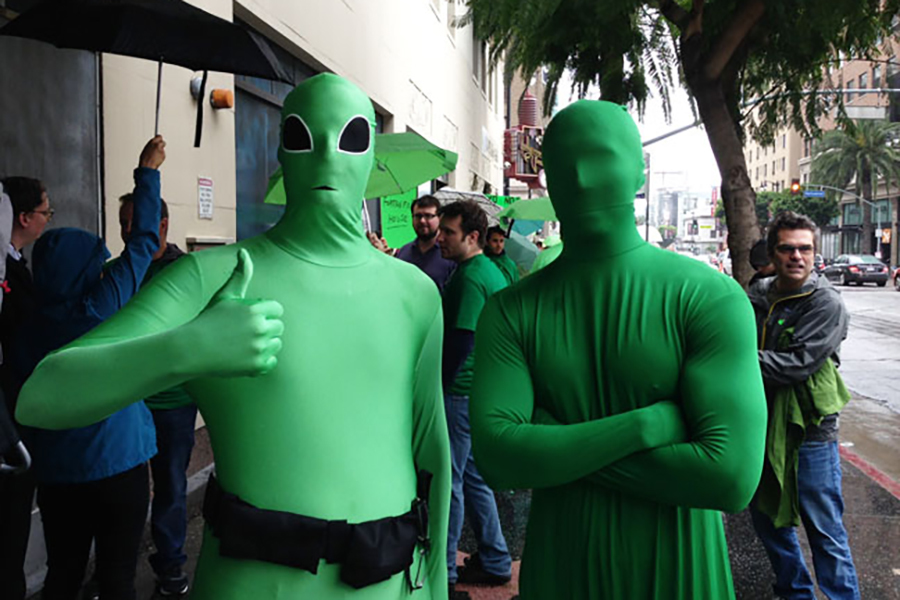 Inspiration and Perspiration: you need both to succeed so they say. So we thought we’d assemble a list of our favourite guerrilla-style VFX shorts to inspire you, and a list of some amazing guerrilla filmmaking learning resources for those of you who want more brain stretching tutorials. We’re putting these under the headings of Inspiration and Perspiration for you to choose from.

Here’s a list of guerrilla-style, low budget videos that really inspired us.

Alex Roman’s amazing “The Third and the Seventh” (2009). When it first emerged out of nowhere over six years ago many refused to believe it was CGI. However the most startling thing about this reflective and meditative piece about photography and architecture is it points to a new direction for VFX to explore metaphorical and allegorical spaces.

“Bertie the Elephant” (2016) is a final year student film created by Chris Turner and Zak Boxall at the University of Hertfordshire, UK. It follows the story of a baby elephant returning a lost toy to its owner in the city at night. A few years ago this type of work was only possible in big VFX houses. We include it here as a sign of what’s possible for guerrilla filmmakers these days.

“Uncanny Valley” (2015) by Frederico Heller combines social commentary with VFX to paint a picture of the slums of the future, where virtual reality junkies satisfy their violent impulses in online entertainment.

Bruce Branit’s “World Builder” (2009) is a more gentle film in which a mysterious man uses holographic tools to create a world for the woman he loves.

It’s really nice to see VFX used with humour, especially if it pokes fun at one of it’s biggest users in cinema- Michael Bay. Edwin Lais’s very short piece imagines “What would a nature documentary be like if the animals were armed with our favorite weapons?” It’s like Michael Bay meets David Attenborough.

No list of inspirational VFX would be complete without David Sandberg’s ridiculously well observed tribute to 80s pop culture “Kung Fury” (2015) which was originally successfully crowdfunded.

Corridor Digital started out as some of the earliest users of HitFilm back in the early 2000s when they were barely into their teens. They now have over 3.5 million subscribers and work with companies like Ubisoft to make great action-VFX extravaganzas. Oh, and every video has extensive behind-the-scenes clips to learn from.

OK, we bent the rules a bit here, to allow one commercial project into our list, but it still has a guerrilla attitude to the way it was created. Mill+ Directors Bif designed and directed a fittingly striking Opening Title Sequence for this year’s OFFF Porto, a festival of what they call Post-Digital Creation Culture.

We could go on, but we thought you might also want to contribute your favourite inspiring short films. We’ve tried to limit our selection to guerrilla style shorts, rather than well funded studio creations. Share any inspirational shorts with us!

Here’s a list of great learning resources to stretch your VFX muscles!

There’s no better source for filmmaking advice than Film Riot, where you’ll find over five years of amazing videos ranging from scriptwriting to cinematography and, yes, visual effects. Every week they also recommend a short film to check out, so it’s a great show for finding inspiration.

Our very own Simon Jones is part of a weekly YouTube show which alternates between practical filmmaking tips and HitFilm tutorials. There’s also four years of archived videos waiting to be discovered. If you’ve enjoyed using HitFilm Express, this is the place to go deeper!

We’ve covered a lot of film history as part of this course, all the way back to Méliès. if you want more of that good stuff, be sure to check out FilmmakerIQ. They’ve even got a superb video all about green screen.

Here’s a great collaboration between Pixar Animation Studios and Khan Academy. Sponsored by Disney. Want to know more about how a modern animation company works? This is the place.

We mustn’t forget Andrew Kramer’s Video Copilot; a collaborative resource for training, design tools and artists. It shows you how effects can be created so that you can apply these techniques on your own creative adventures.

What are your favourite places to go for free VFX tips or tutorials? Share them with us!