In this article, learners read about the American Riad as an example of a community engagement project that is pairing art and housing justice. 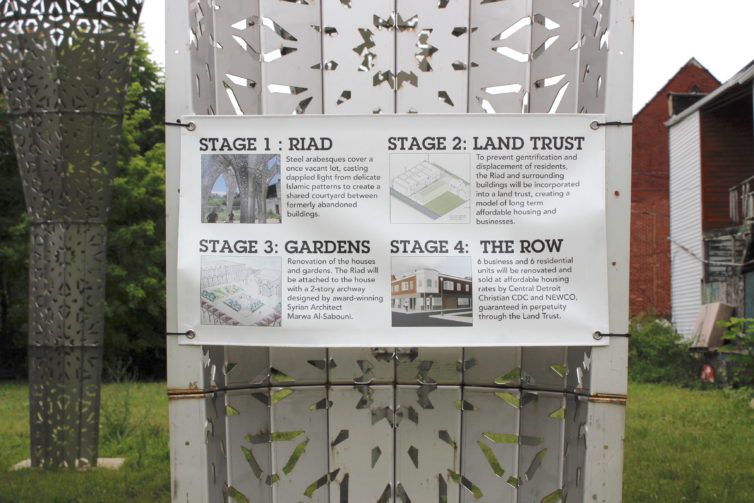 The American Riad is an example of community engagement or socially engaged art, a newer genre of art which has gained prominence in recent decades.

This genre is expressed in many different forms and emphasizes community participation in the process, the experience, or both, usually addressing a specific social justice-based issue.

The American Riad is an example of a community engagement project that is pairing art and housing justice. The project organizers are forefronting art and design processes to support neighborhood revitalization with a goal of minimizing the threat of outside developers which quite often results in displacing local residents, pricing them out, and changing the unique character of a neighborhood. Detroit’s North End neighbourhood is struggling with considerable social and economic challenges. Unemployment is around 23% and an estimated 43% of residents live in poverty. There is a dearth of affordable, high-quality housing.

Artists and other residents living in Detroit’s North End neighborhood have built a stunning and unexpected sculptural installation in a vacant lot between two buildings. 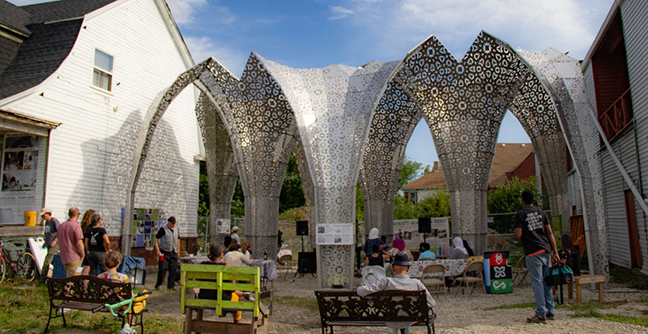 The work is a stainless steel canopy, a Moroccan-style Riad designed as a communal space for the neighborhood (a “riad” is a Moroccan term for a central, shared courtyard, filled with art and gardens). The umbrellas-like structures are cut with intricate patterns based on islamic designs. This riad will be a public space for gatherings, workshops, gardening, performances, and the display of local and international art.

The American Riad organization set up a skillshares network to create the sculpture, partnering with local residents, community groups and artists, and both national and international artists. 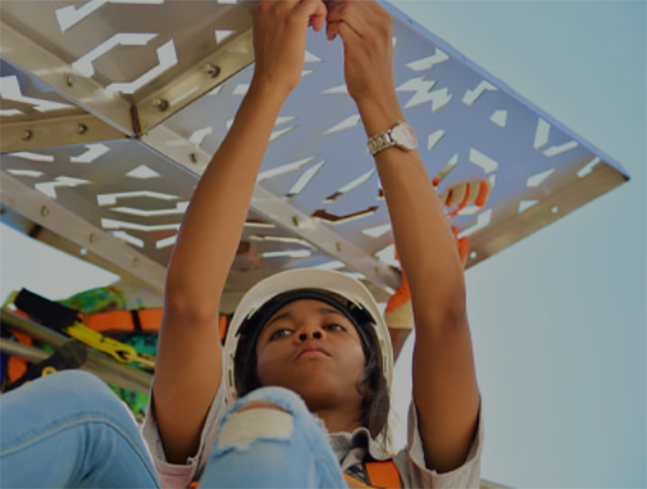 They’ve also partnered with the Detroit Justice Center to confront housing injustice and develop the surrounding buildings as affordable housing guaranteed in perpetuity through the legal and financial protections of a community land trust being developed with Detroit Justice Center. The land trust model aims for communities to shape and drive development, rather than development happening to a community by outsiders.

One of those involved is Syrian architect and author Marwa Al-Sabouni, who remained living in the city of Homs, Syria, through the Syrian War. She believes that architecture played a role in the war, situating people in isolated ghettos that create physical and social barriers leading to distrust and divisiveness. For American Riad, Al-Sabouni is designing housing with entrances that link to the communal space of the riad. 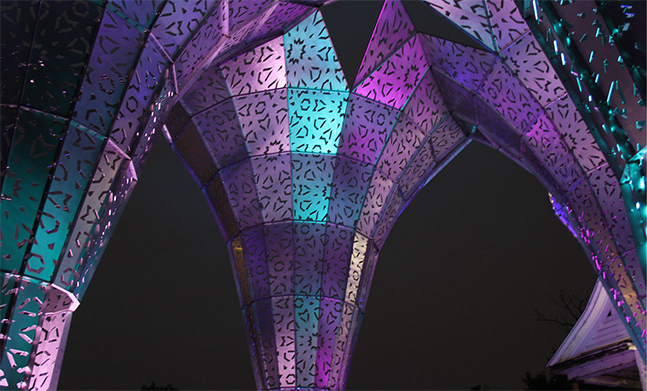 In creating this elegant, canopied structure that glows with changing-color lights in the evening and that will serve as a space for future art and performance, The American Riad organization is signaling the importance and value of preserving a neighborhood and its residents using art as a catalyst for community pride and housing justice.