Monuments, statues, and even fountains used to commemorate people or events considered historically important to an area often become part of the landscape – even more so because so many of them, especially in Western countries, are quite similar in style.

Monuments, statues, and even fountains used to commemorate people or events considered historically important to an area often become part of the landscape – even more so because so many of them, especially in Western countries, are quite similar in style.

Monuments in the United States

Applying the terms form, content and context can help learners take a deeper look at visual historical culture in outdoor public settings, just as one might when viewing a sculpture in a museum. Naturally, there are outliers to the usual style of monument that purposely buck tradition, like Maya Lin’s Vietnam Memorial in Washington DC. But let’s take a look at one of the most commonplace monument styles throughout the United States.

There is a good chance many of you are already picturing this style of monument: it’s made of stone or bronze, and left unpainted. It’s on some kind of pedestal, and there’s a figure with realistic features either riding a horse or brandishing a weapon or both – and that figure is most likely a man. The art movement this comes out of, known as Neoclassical, started in Europe in the 1700’s and has been the dominant style for public monuments for the United States since the country’s early days.

Like the name suggests, the movement came from new artists finding influence in work they considered “classic”- in this case early Greek artists and Roman artists. Inspired by new discoveries of Greek and Roman ruins, Neoclassical artists, which included painters, composers, writers and architects, in addition to sculptors, sought inspiration in these early remnants of European culture. 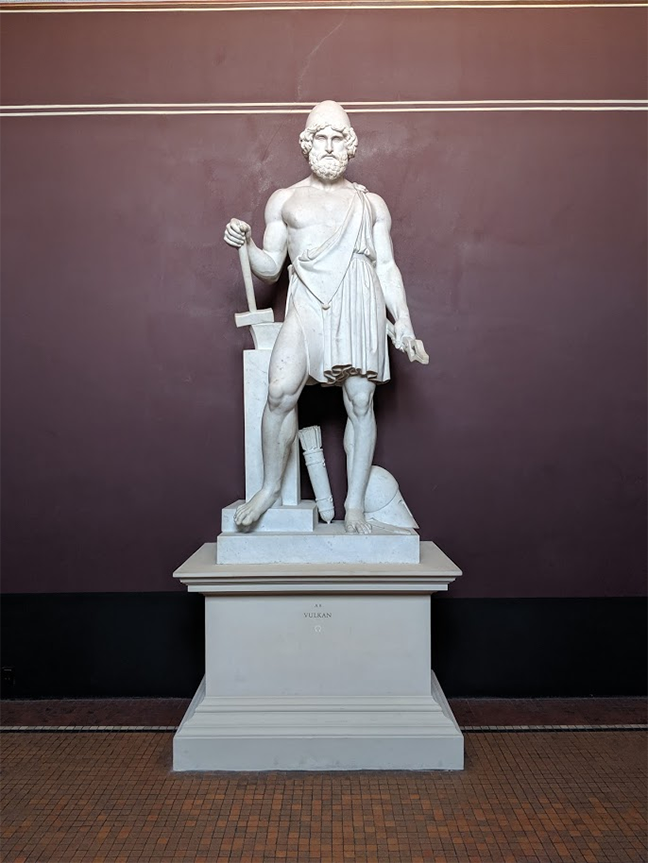 Neoclassicism’s fixation on the past, along with its timing, helps us understand its enduring influence on the United States. European art just before Neoclassicism was often elaborate, with subjects striking dramatic poses, often surrounded by ornate decoration. In comparison, Neoclassical art is purposefully sedate, focusing on simplified ideals of heroism found in Greek and Roman myths.

As with many American traditions, Neoclassicism came to the United States by way of the Europeans living here at the time. But as the country became independent, the style also became a reflection of early American mythmaking, which centered on individualism and stoicism as especially heroic traits. As this popular style spread, this hero-treatment soon became the standard for publicly commemorating historical and political figures. 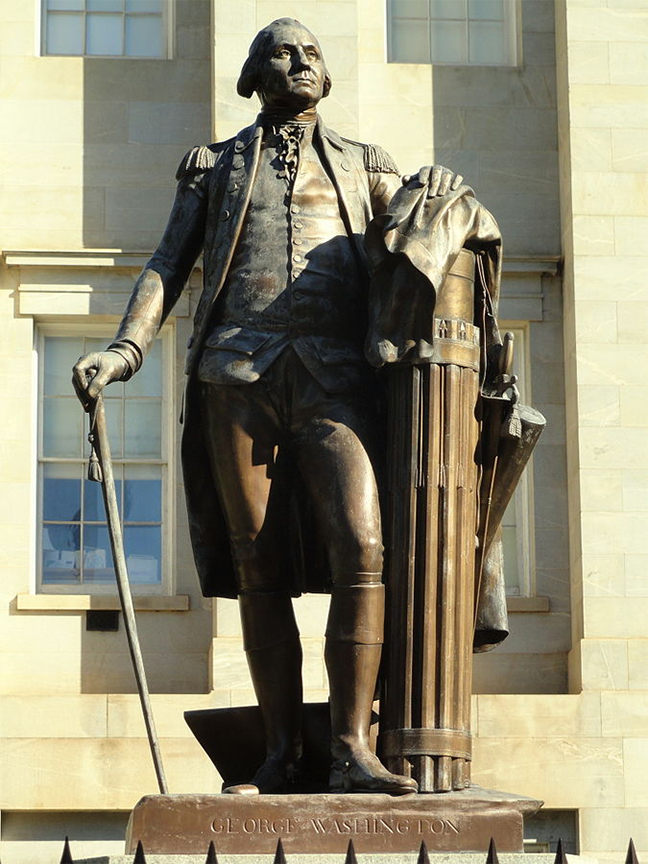 One early notable example of this is the French artist Jean-Antoine Houdon’s 1788 marble sculpture of George Washington, made from a life mask and celebrated for its life-like depiction of the president. Unlike Houdon’s other statues, Washington is wearing a contemporary uniform for the time, a concession the artist made at Washington’s request. This combination of neo-classical presentation – the hero’s pose, the pedestal, and contemporary details – would itself inform an evolution of the Neoclassical movement: Classical Realism. While these artists shared Neoclassicism’s reverence for the ancient European approach to sculpture, they rejected the anachronistic dress and mythological subject matter of most Neoclassical artists, and instead realistically depicted era-appropriate scenes and dress.

For some artists, especially in the later part of the 19th century, this shifting focus towards realism over idealism signaled an appreciation for the common man over the idealized hero. Inarguably, depicting politicians as military heroes as opposed to Greek gods achieves that to some degree. But it’s important to consider how many of the details that remained a staple of the medium: the victory pose, the elevation of the figure on a pedestal, the exaggerated size, still work to elevate these figures above the humanistic details. While these details may not be portraying them as “gods,” they aren’t quite bringing down to the level of common people either.