The Kanamara Matsuri – Festival of the Steel Phallus – is an annual festival and regional tradition based on a legend dating back to the 17th century. 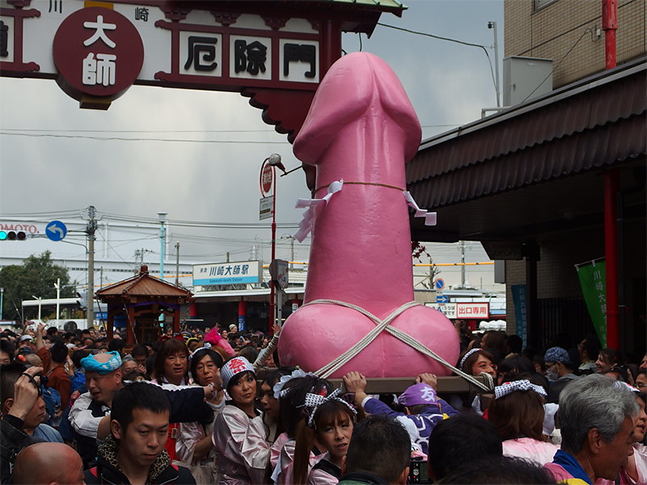 The phallus, as the central theme of the event, is featured in a mikoshi parade with huge penis sculptures, and penis-based illustrations, candy, carved vegetables, and decorations. Hundreds of thousands come to celebrate Kanamara Matsuri annually, where they can buy pop-culture goods like the lollipops in this image: 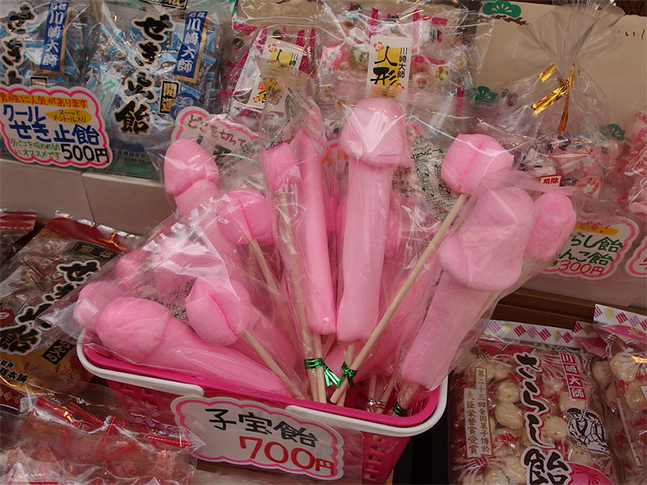 In 2014 artist Megumi Igarashi, who goes by the name Rokudenashiko (English translation “good-for-nothing girl”), created a model of her vagina that she made into a vagina boat, and was subsequently arrested twice on charges of obscenity and fined 400,000 yen by a Japanese court of law.

When asked why she started making art using vagina imagery and anatomical molds of her own vagina, Rokudenashiko stated:

Because I had never seen others’ vaginas and I felt too self-conscious about mine. I did not know what a vagina should look like…so I thought mine was abnormal. Manko and vagina are subjects that have been such a taboo in Japanese society. Penis, on the other hand, has been used in plenty of art and has become an acceptable part of pop culture. But vagina has never been considered cute. Vagina has been thought of as obscene because it has been overly hidden; although it is just a natural part of a woman’s body…It is my dream to spread manko art around the world. My work opposes all discriminatory and ignorant treatment of the vagina.

In 2016 Igarashi was fined 400,000 yen for distributing obscene data that could be derived from the 3-D printed molds of her genitals that she makes into art pieces. The data was labeled obscene, allegedly because it could have been used to create a replication of her vagina for sexual arousal. Rokudenishko wrote about the arrest and legal battle in a manga, What Is Obscenity?

The Taboo of Female Sexual Organs

In many cultures discussion of women’s bodies is stigmatized and even censored, and the very mention of menstrual cycles is taboo, while simultaneously images of the female body are hypersexualized and eroticised for the male gaze. Megumi Igarashi was surprised by the censorship she faced and, taking the name Rokudenashiko, was emboldened to question the penis’s privileged place in Japanese culture. Rokudenashiko wanted to break down these perceptions, to raise the question: why is a Shinto festival dedicated to “The Steel Phallus” and celebrated with penis imagery allowed and uncensored but vagina figurines and images censored? She wanted to make the vagina more “pop,” and free of stigma, including the term manko (akin to the english term pussy). 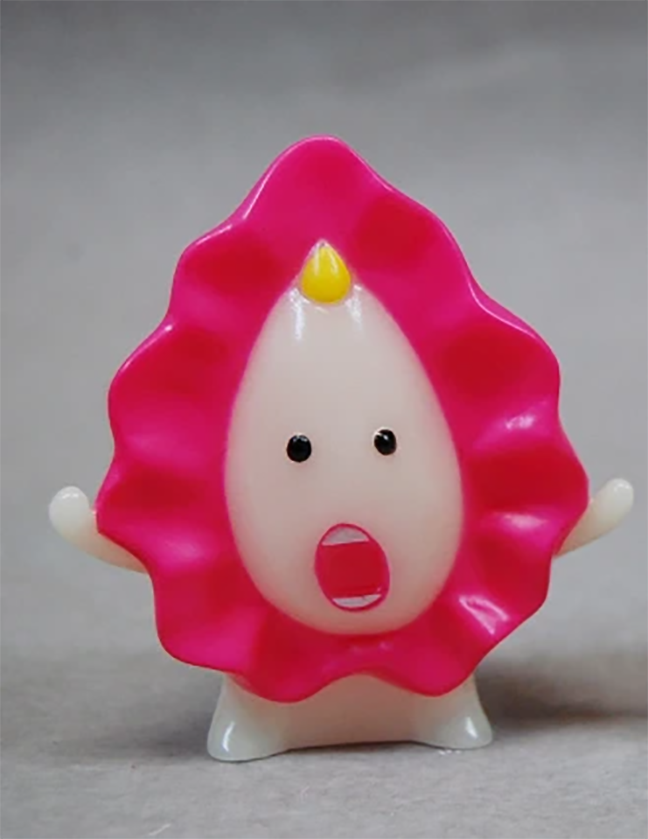 This vagina figurine by Rokudenashiko mimics the style of small figurines that are a popular, affordable pop culture item, available in stores and stands in Japan. To date Rokudenashiko’s vagina art includes a boat, dioramas, figurines, a lamp and more. She holds workshops guiding other women in making Deco-man (vagina molds).

To see and learn more about Rokudenashiko’s art, visit her gallery and read her story.