Caring for people who inject drugs in a London teaching hospital

In this step, Emma McGuire outlines the study, “The Challenges of Caring for People Who Inject Drugs: An Opportunity for an Infectious Diseases Service” by herself, Anna Riddell and Maximillian Habibi.

People who inject drugs (PWID) can suffer from complex, life-threatening infections such as blood borne viral infections (HIV or hepatitis), tuberculosis (TB), and blood stream infections like Staphylococcus aureus bacteraemia (SAB). SAB can be complicated by infection of the heart valves (endocarditis) and bones (osteomyelitis) and requires several weeks of intravenous (IV) antibiotics. There is a lack of research on medical problems affecting PWID, including the management of complex infections in this population.

Our Infectious Diseases service serves a population of 2.6 million in East London; an area with diverse ethnicity, high levels of poverty and homelessness. We conducted a retrospective study of all PWID admitted to our hospital under the care of the Infectious Diseases team between from April 2015 to June 2017 to identify ways in which the management of these patients could be improved. Patients were identified via electronic patient records. Data were collected on clinical presentation, medical and psychiatric co-morbidities, housing status, treatment, IV access as well as mortality at 6 months and attendance at planned follow-up. 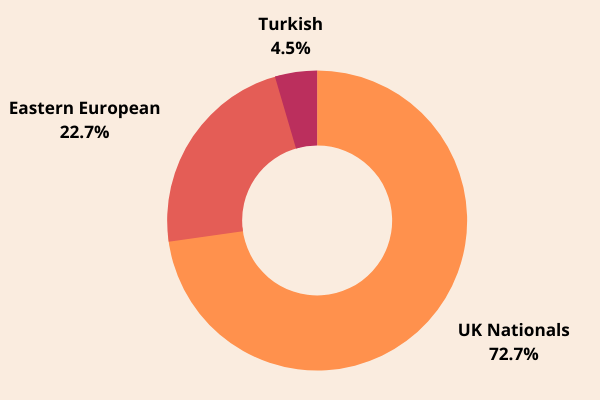 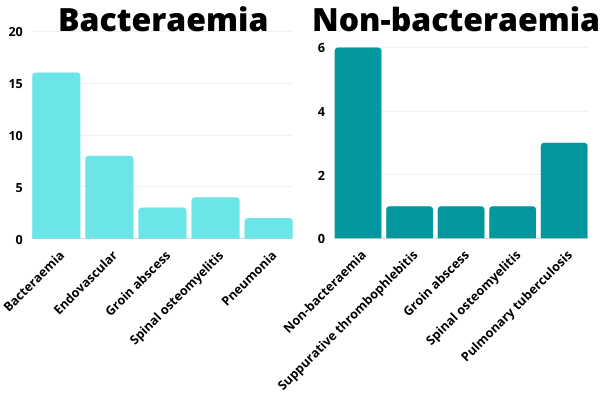 Eighteen (82%) patients had a central venous IV catheter inserted for a median of 22 days (IQR 12-42). Of these 5 (27.8%) had catheter-associated problems; 1 had blockage of the catheter, 1 had their catheter removed due to prolonged absence from the ward and 2 had central-line associated blood stream infections. Duration of antimicrobial therapy for SAB patients is detailed in the graph below. 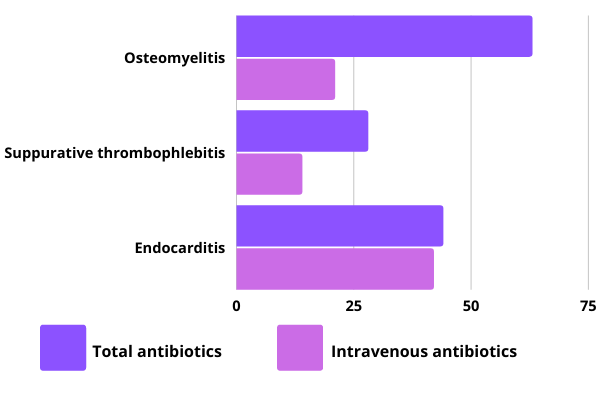 Psychiatric co-morbidities, alcohol and drug use are summarised below. Four (18.1%) patients were reviewed by the psychiatric team during their admission. Thirteen (60%) patients were homeless of whom 7 (54%) were discharged to some form of accommodation.

Three (13.6%) patients left the hospital during their admission against medical advice. Out-patient follow-up plans were made in 12 cases; of whom 7 (58.3%) attended this follow-up. There were no deaths recorded during admission or at 6 months of follow-up. Two (9%) patients were later re-admitted due to deliberate self-harm.

Please share your initial thoughts on this in the comments section below. In the next step, we share the discussion and conclusions from this study