Plastic is everywhere, and 'eco-friendly' alternatives to it have never been so popular. Can we have packaging without pollution? 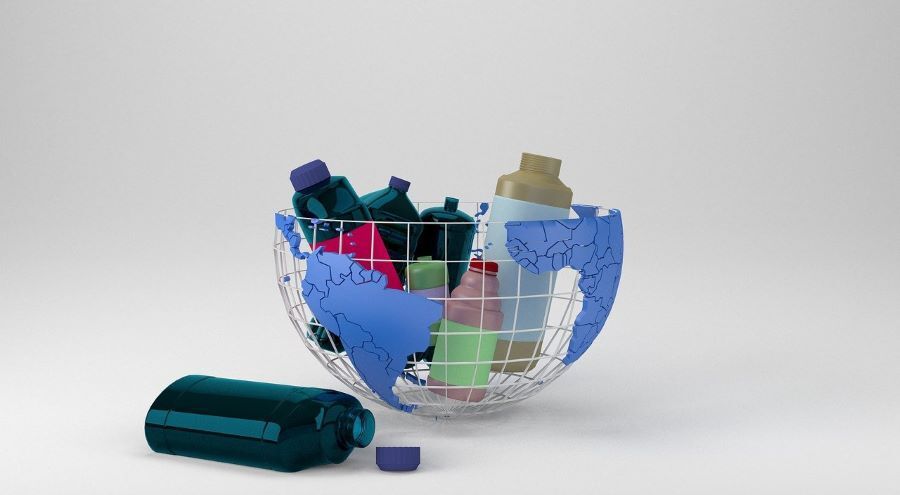 Plastic, and the problems associated with it, regularly make the headlines. We see plastic litter in the environment almost everywhere we go.

Programmes like Blue Planet II helped to raise awareness of the problem and encourage people to make lifestyle changes.

The scale of the plastic problem

The following statistics help to illustrate the scale of the plastic problem:

Plastics in food packaging are very useful – without them food will get damaged more often and go off more quickly, leading to more food waste. Increased consumer awareness has led to a demand for plastics that are less environmentally harmful in their production and disposal, yet robust enough to be used for applications like food packaging.

Terms like bioplastic and bio-based plastic, compostable, home compostable and biodegradable can be confusing for consumers. What do they really mean and can we have the packaging without the pollution?

Sometimes this term refers to a plastic made from renewable bio-based material such as starch or cellulose. It is also used to refer to plastics that have the potential to completely biodegrade in the correct conditions.

Unfortunately, the term ‘bioplastic’ often doesn’t mean a material has both of these characteristics.

A bio-based plastic is made (partly or entirely) from renewable, natural materials. These materials could include things like agricultural wastes, or even things like shrimp shells.

These materials can be chemically transformed into plastics with the same properties as synthetic petroleum-derived plastics.

These biobased plastics must conform to EU standard EN-16575. They have lower carbon footprints than synthetic plastics, but they also have the potential to cause the same problems at the end of their lives.

When these plastics are no longer needed, they can be broken down to leave no traces using microorganisms to produce biomass, water and gases – a process known as biodegradation. Some synthetic plastics can be biodegradable.

The time is taken to biodegrade these plastics depends on a number of factors including the size and thickness of the starting material and the environmental conditions.

These plastics can be biobased or fossil-based. By law, they must comply with EN-13432 (EU) or American ASTMD6400 standards. A plastic that is industrially compostable must break down by at least 90% within 6 months in industrial composting conditions.

These conditions include regular aeration and mixing and the presence of oxygen and microorganisms, in temperatures of 50-60C. These conditions are unlikely to be present in your average home compost bin, meaning that if such plastics end up there, they may not break down.

Some examples of companies producing these materials:

Floreon: Are a Hull-based company that produce a plant-based material that has a lower carbon footprint and performance qualities similar to fossil-based plastic.

Floreon is made from renewable materials such as sugar cane or corn and can be industrially composted at the end of its life.

Biome bioplastics: Produce high-performance, plant-based plastics that are biodegradable and compostable. They have developed a range of biodegradable plastic tree shelters that can be broken down over several years by soil bacteria and aim to tackle the problem of the 2,500 tonnes of plastic that end up in the natural environment from using conventional plastics to grow trees per year in the UK.

CuanTec: Have developed films using chitin (from langoustine shells) which has antimicrobial properties and can extend the life of fresh seafood and is both biodegradable and compostable at the end of its life.

They have partnered with Waitrose to develop packaging for fish products, such as smoked salmon.

The scale of the plastic problem and the circular economy

Lego builds a sustainable future, one brick at a time

The citizen gardener: the uncompostables