Signalling in a busy station

Working in a busy urban signal-box was a very different experience to working in a rural one. This article tells us more. 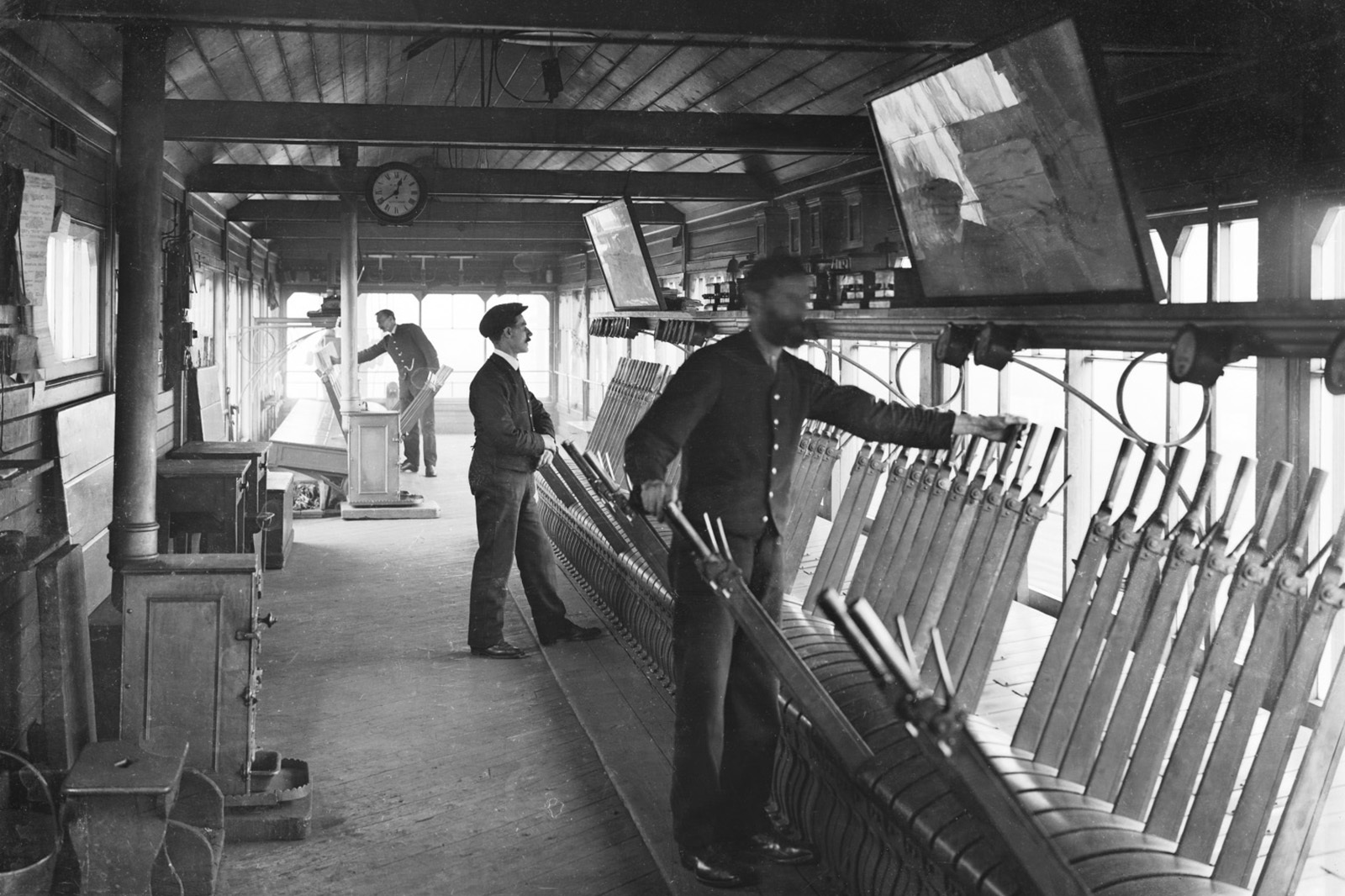 Although the quiet pace of life on the rural stations lent itself well to stories of suspense and isolation, the reality of working in the busy signal boxes of the major cities was very different. Here F.S. Williams, author of one of the most popular contemporary books on the railway, describes a busy signal box to readers.

“About fifty yards from the front of Cannon Street station, a platform spans all the lines, high enough to clear the chimneys of the locomotives. On this platform stands a glass house surmounted by four tall poles, from either side of which project semaphore arms to the number of twenty-four. These arms generally remain in their horizontal attitude to signify danger and are only occasionally lowered, and that but for a few seconds, to signify that the passage is clear. They command the lines and sidings of the bridge and the station, and every driver of a locomotive arriving, departing, or changing line, has to keep his eye steadily upon some of them, stopping without fail when their warning blocks his way, and moving without fear when they promise safety. He easily distinguishes which of the signals belong to the line he occupies. If, then, the engine-driver does his duty, and if the signals properly point it out, no accident can happen.

Climb by an iron ladder to the signal platform, and enter the glass house. It is about 50 feet long and a few wide. Half the width is occupied by a row of strong iron levers standing nearly upright from the floor, placed at equal distances along the apartment; the rest of the width forms a gangway from end to end in which two stalwart men can work, whose time is entirely occupied in looking through the glass sides of their cell, and in pulling this way or pushing that way some of the levers which are arranged before them. These levers work all the 32 point and 35 signal levers; 67 in all. Every lever is numbered, and on the floor beside it there is fixed a brass plate engraved with its name and use.”