In this article we ask, who are the men and women who have been responsible for translation over the centuries? And what do we know about them? 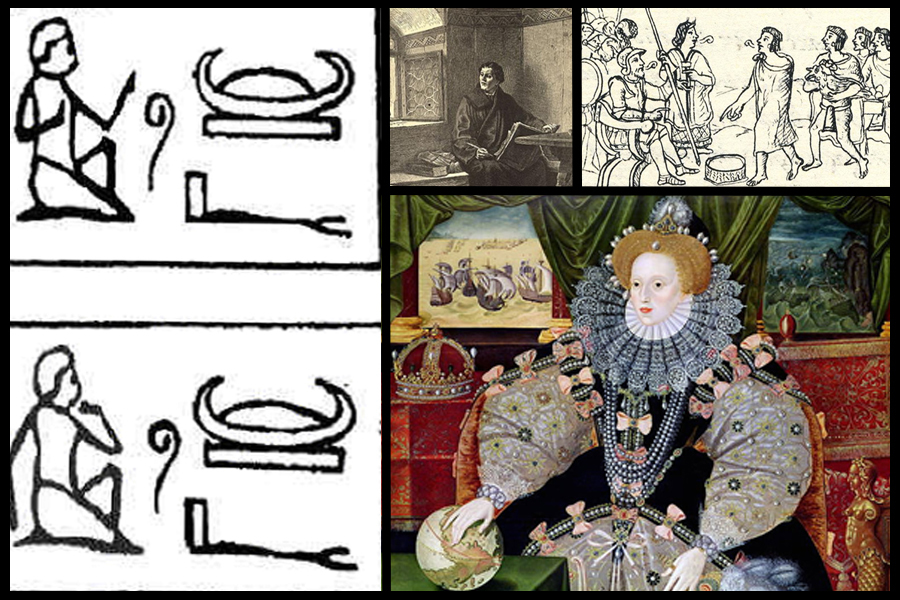 Last week we learned that the term translation has assumed a range of different meanings from carrying across to explaining, from mediating to transforming.

But who are the men and women who have been responsible for translation over the centuries? And what do we know about them?

As in most historical accounts, in the history of translation there are certain figures we know a great deal about and countless others who seem to have completely disappeared from the pages of history. Interestingly, this division between the ‘celebrities’ and the ‘unknowns’ of translation history seems to follow the distinction between the two best known professional figures involved in translation: the ‘translators’ and the ‘interpreters’.

Translators, who translate written texts from one language into another, count among their ranks politicians, philosophers, kings and queens as well as poets and religious leaders, while interpreters, who translate oral speech between speakers of different languages, are among the most invisible characters in history.

And yet, interpreters often had the most interesting and unexpected backgrounds: adventurers, polyglots, spies and masters of diplomacy, they enabled empires to trade, wage war and conquest without ever being properly acknowledged, at least in Western traditions.

A third term used to describe translators and interpreters, mostly linked to the Turkish/Arabic tradition, is the word ‘dragoman’ (Turk. Tercüman). It combines the role of interpreter, translator and diplomat. In the Ottoman Empire, dragomans were powerful negotiators and their linguistic and cultural skills were highly valued by the whole of society.

One interpreter who did not escape the gaze of history is Malinzin, the 16th Century interpreter (and lover) of the Spanish coloniser Hernàn Cortes. Also called Doña Marina or ‘la Malinche’, Malinzin is a very controversial figure, seen both as a female heroine and as a betrayer of her own people.

Born in a noble family in the region of Veracruz, she was sold to different Mayan tribes and she was eventually ‘gifted’ to Cortez by the Mayan chiefs. Through her experiences, Malinzin gained proficiency in Nahuatl, Chontal Mayan and Spanish and was uniquely positioned to act as a mediator (and influencer) in colonial negotiation between Spain and the Mayan and Aztec civilisations.

Alongside acting as mediators and go-betweens, translators have also made history happen. Important historical figures in politics and religion have been translators. For example, Martin Luther’s (1483-1546) German translation of the Bible offered such a revolutionary reading of the religious beliefs of the time that they set off the Protestant revolution. His approach to translation is really interesting. It prioritises meaning over form for the first time in the translation of the Bible, enabling a deeper understanding of the significance of scriptures. In the 2003 movie Luther, Joseph Fiennes portrays this very well, showing the burning passion translators have for words and meanings – watch it if you get a chance.

Another example of the fact that translators in history come in all shapes and roles is Queen Elizabeth I, one of England’s first female monarchs. From the age of 12, Elizabeth translated religious texts and she continued with political pamphlets throughout her time as monarch. Through translating, she gained direct access to classical and religious knowledge. This put her in a position of intellectual equality with her male advisors, giving her power and confidence. Arguably, being able to access classic thinkers such as Horace, Cicero and Seneca meant that she could not be easily manipulated and knew how to be a strategic thinker and persuasive orator.

These historical examples demonstrate that translators and interpreters covered a wide variety of different roles in history, some very influential and some completely invisible. In many cases, translators were not translating ‘full time’ but rather on the side, or for a limited period, while they pursued other careers.

Queen Elizabeth, Martin Luther and Doña Marina, also give us a glimpse of the complex array of skills required by translators and interpreters: superb linguistic skills alongside field-specific knowledge (law, theology, knowledge of native culture and customs). Importantly, translators and interpreters also display other, more subtle, but equally important traits, depending on the roles they played and the contexts they worked in. Interpreters have to be diplomatic, persuasive and quick thinking while translators tend to be more objective, scholarly and skilled in the art of rhetoric.