In this video, Christian looks at the UN work which fights global diseases like Polio.
View transcript
10.4
In 2011, 6.9 million children, that is about 19,000 every single day, died of preventable diseases. If you forget everything else that’s said and written in this course, perhaps that’s a figure worth remembering. And it’s a figure that leads us to a second snapshot. The UN’s activity to combat diseases. And in particular polio.
35.6
As the UN has evolved, it has begun to focus its attention on other scourges. Today, dozens of UN agencies have funds, programmes, and initiatives in one way or the other, work to combat hunger, poverty, and disease. Among them, UNICEF, the UN Children’s Fund, the World Health Organisation, the World Food Programme, the Food and Agriculture Organisation, and the UN High Commissioner for Refugees. More than in other fields of activity, the UN in this field cooperates with national government departments, with religious institutions and with private charities.
69.5
Figures like that of 19,000 children dying every day suggests that these institutions require more support, more commitment, and more resources. The world, after all, as was famously said by Gandhi, “has enough for every man’s need if not for every man’s greed.” But this second snapshot is meant to highlight what the UN does. Not what we all, including the UN, could and should do better. And there can be little doubt that since its establishment, the UN has made its fight against global diseases one of its main aims. It is a fight on too many fronts. From emergency action to contain the outbreak of Ebola on Western Africa, to HIV education around the globe.
111.5
Since the turn of the Millennium, the UN’s fight is part of a broader initiative, the Millennium Development Goals, MDG. Eight commitments aimed at facilitating global development. Among them, pledges to reduce child mortality, too half the number of undernourished people in the world, and to combat HIV/AIDS, malaria, and other diseases.
134.5
Progress towards the eight development goals so far has been uneven. The Millennium Development Goal website illustrates the graph of the initiative. And it highlights success stories and failures. It includes informative videos which are well worth watching. Because whether the world really will ever become a more just world order will depend on the success of these Millennium Development Goals. One of the diseases that the UN pledges to eradicate in its Millennium Development Goals is polio. Polio is a crippling infectious disease with potentially deadly effects. It is transmitted by a virus that spreads from person to person. And that eventually result in paralysis. As polio cannot be cured, the fight against it is a fight for timely vaccination.
184.8
The fight against polio has been one of the more prominent UN campaigns of the positive decades. And one in which institution such as UNICEF and the World Health Organisation have joined forces with rotary and others. This campaign has been one to raise awareness. For example, by the establishment the World Polio Day celebrated annually on the 24th of October, just last week. But mostly a massive effort at vaccination and monitoring. The Global Polio Eradication Initiative claims to have immunised 2.5 billion children since 1988. It has been a hugely successful initiative resulting in the 99% reduction of polio-related deaths. And in the real prospect of polio being eradicated for good. More recent reports, however, evidence a considerable rise in polio transmissions.
239.3
And against that background, the UN attempts to eradicate polio are perhaps more important than ever before. And this is why the fight against polio has been made the subject of a second snapshot.
253.8
Now to get a sense for the UN’s activities to fight polio, have a look at a short video produced by the UN itself, which is linked on our site. It’s just a short video, just a few minutes. And it shows what the UN does to combat the spread of polio in refugee camps in Lebanon, where refugees from the Syrian Civil War have found a temporary home. And the video suggests that while the UN may have been unable to stop the Syrian Civil War, it might perhaps be able to at least contain some of the indirect risks of the civil war. Many thanks.

This second snapshot provides information on how the UN fights global disease. The emphasis is on polio, which the world community has almost eradicated.

The figures on infant mortality referred to by Christian at the beginning of the first video come from this UN report.

The Millenium Development Goal website illustrates the breadth of the United Nations ‘MDG’ initiative and highlights success stories and failures. A range of UN-sponsored videos (including this introductory one) provide accessible information about the essentials. 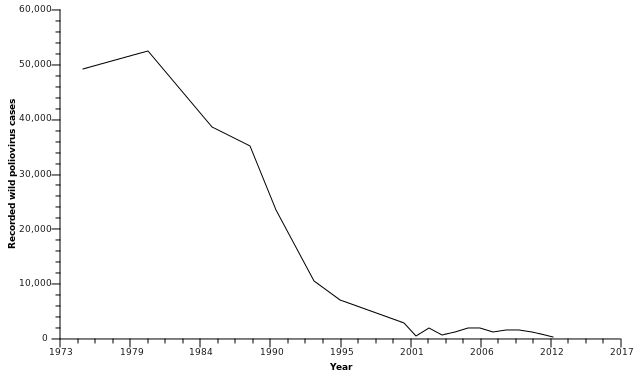