Background of The Permanent Court of International Justice

This illustration of the Paris legacy takes us into the domain of courts and the law. 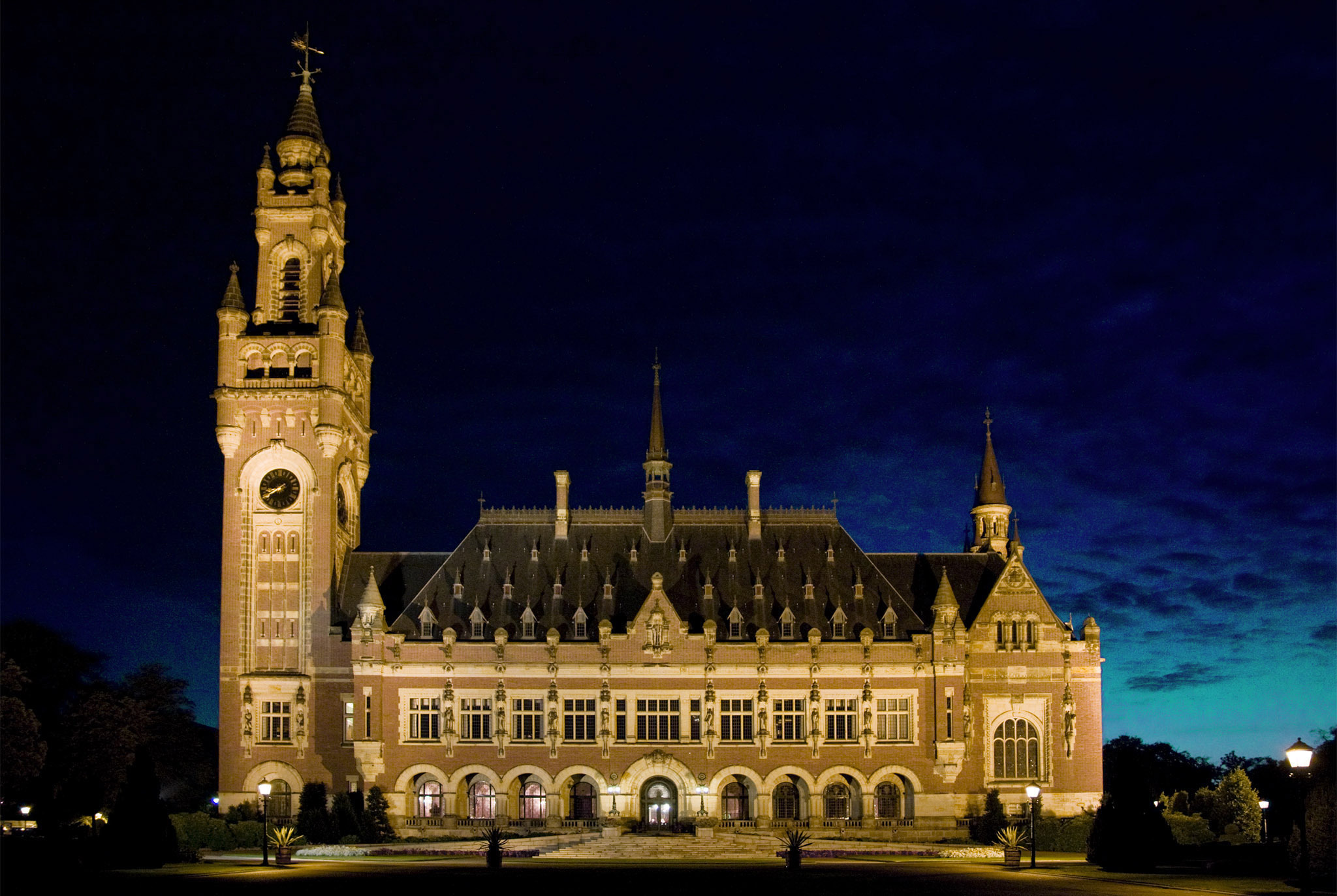 The Paris Peace Conference strengthened the idea that international disputes should be addressed by impartial courts, on the basis of international law. In retrospect, we can say that it marked an important step on the way towards ‘world courts’.

This may sound technical, but at the time was the subject of heated and passionate debate. It followed a war which might have been prevented had there been better techniques for dispute settlement, and which resulted in massive violations of the rules of war. Stephen Neff’s observation encapsulates this appeal: ‘If all disputes could be resolved in the hushed calm of courtrooms rather than the swirling world of political cut-and-thrust, then civilisation could be said to have taken a giant and noble forward stride’ (Justice Among Nations, 346).

The Conference took, if not ‘giant strides’ then at least significant steps of this ‘noble’ kind.

In the 19th century, States had come to accept that certain types of disputes should be settled by impartial tribunals and according to rules of international law. The Alabama arbitration of 1872 – a high-profile British-American dispute about British support for confederate warships during the American Civil War – was an important precedent. Despite serious misgivings, the British government accepted the Tribunal’s award and paid the significant sum of $ 15.5 million by way of compensation.

Towards the end of the 19th century, the idea of international arbitration gained momentum. The strength of the so-called ‘international arbitration movement’, which counted among its supporters law professors, but also US Presidents like William Taft or Theodore Roosevelt, is one of the more remarkable features of the early 20th century. This movement had considerable successes in pushing for arbitration treaties, whereby States would agree to go to arbitration rather than solving disputes by means of force. But many States remained wary of the idea of a permanent court: one that, like domestic supreme courts, would be an independent institution with a life of its own.

‘A World Court at last’

Between 1919 and 1922, triggered by decisions taken at Paris, that resistance was overcome. As with many legacies of the Peace Conference, those who had pushed for reform were initially disappointed. The League of Nations was not, at heart, a legalistic project. Wilson’s vision for a world order was not that of the ‘hushed calm of courtrooms’. But the new post-War order would soon have its ‘world court’. The League drew up a court statute quickly, to which States could sign on. It envisaged a permanent court based in The Hague, composed of judges representing ‘the main forms of civilisation and … the principal legal systems of the world’.

The world court – unlike courts in many national legal systems – was not competent to deal with every dispute, but depended on the consent of States. But such consent could be given in advance, and in many treaties States pledged to settle disputes in the ‘hushed calm’ of the Hague’s Peace Palace (the seat of the new court). In essence, then, the system was one allowing States that had faith in the world court to opt into binding dispute settlement.

The world court that began its work in the 1920s was not dissimilar to other institutions of the post-War order. It did not bring about the revolution that legalists had hoped for. However, it was a useful addition to the international machinery of dispute settlement. In 1945/1946, when the League of Nations was wound up, the Permanent Court was preserved almost without change. It now exists under another name, as the International Court of Justice – still housed in the same building, the Peace Palace, in The Hague, and still largely functioning according to the same rules.

As in the 1920s, today’s world court, the International Court of Justice, is not at the centre of international relations. When major international crises erupt, the world looks to other United Nations organs (such as the Security Council), or to the major powers, to broker a solution. Nevertheless, the Court has an important role. It hears relevant disputes, for example relating to the wars in Yugoslavia. It clarifies the rules of international law through its jurisprudence, and it has solved a large number of intricate boundary and territorial disputes. These may be ‘little victories’, rather than ‘giant forward strides’ for civilisation. But as with so many decisions taken in 1919, they lead in the right direction.

The second step towards world courts taken at Paris was more tentative, yet more dramatic. For centuries, States had effectively accepted that almost all was fair in times of war. Peace treaties concluded at the end of wars had typically included amnesties absolving soldiers and leaders of responsibility of war-time conduct. Since the 19th century, the Red Cross movement had spearheaded a campaign to regulate (and thus to ‘tame’) warfare by prohibiting certain types of armaments or conduct. However, these regulations did not establish rules on how to deal with violations of the ‘laws and customs of war’.

In this respect, as in many others, the Paris Peace Conference marked a new beginning. The peace treaties of Versailles (with Germany) and Sèvres (with the Ottoman Empire) made provision for the prosecution of persons that, in today’s terminology, would be referred to as ‘war criminals’. The Treaty of Versailles e.g. envisaged the prosecution of the German Emperor Wilhelm II before an international tribunal; and required Germany to extradite ‘all persons accused of having committed an act in violation of the laws and customs of war’ (Article 228).

These provisions provoked outrage in Germany, and were never effectively implemented, as the Netherlands refused to extradite the Emperor (where he had fled). In negotiations with the Allies, Germany successfully ‘watered down’ the duty to extradite war criminals: it held war crime trials before German courts and ensured that they were conducted in a ‘minimalist’ way. As for Turkey, ambitious plans for investigating crimes committed against Armenians and others were never seriously implemented. For a considerable while, the first attempt to prosecute war criminals was seen as a complete failure. 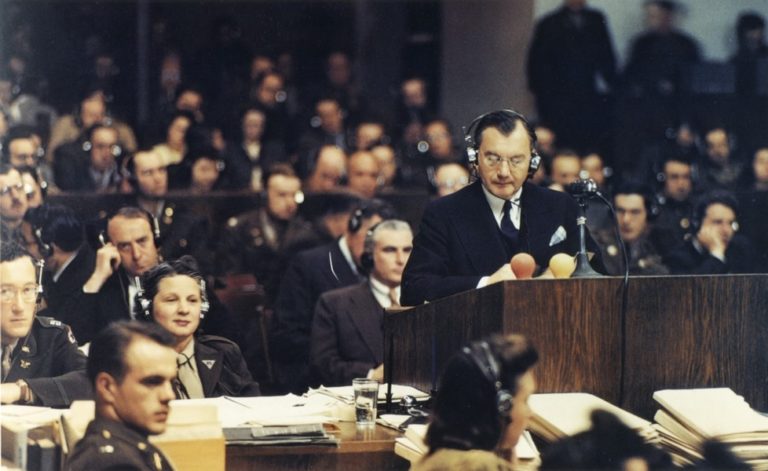 Almost a century on, a different perspective perhaps seems more plausible. While the actual prosecutions after World War One never went very far, they are best seen as the ‘prologue’ to subsequent developments. After World War Two, the victors insisted on criminal justice – and prosecuted German and Japanese leaders at Nuremburg and Tokyo.

Since the 1990s, international criminal tribunals have become an important actor in international relations. The United Nations set up specialised tribunals to address the atrocities committed in Yugoslavia and Rwanda. In 1998, at the Rome Conference, States agreed to establish a permanent International Criminal Court, competent to address genocide, war crimes, crimes against humanity and, in the future, the crime of aggression.

The experience of the last two decades suggests that international criminal justice is still in its early stages. Even so, it has come a considerable way already. The quest for accountability is a long-standing process. The Paris Peace Conference was its prologue.