Here you learn about the consolidation of church and state under the Sasanians (224-651 CE). 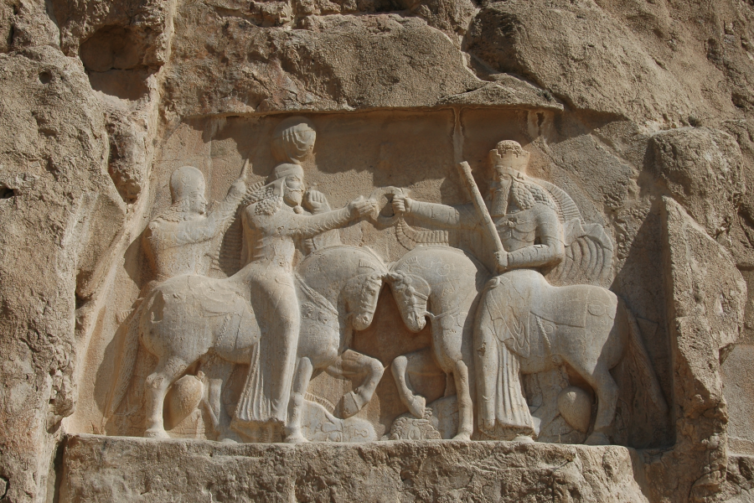 The Parthians were succeeded by the Sasanians (224-651 CE), through whom Zoroastrianism as an imperial faith is best known. During this time, Zoroastrianism became the state religion of the empire and a strong ecclesiastical faith. Fire temples were established and a strong and dominant priesthood whose high priests became powerful counterparts to the monarch. Most importantly, during this period, the Avesta was finally written down in an alphabet (Avestan), specially created for the purpose (on the alphabet, see step 4.3).

From a Zoroastrian point of view, the Sasanian period (224-651 CE) is significant for the development of Zoroastrianism in 3 major ways:

1. The growth of the cult of fire

Sasanian rulers came from a southwestern Iranian family and so needed to establish their right to rule after usurping the Parthians. Ardeshir I (ruled c. 224-240 CE) sought to accomplish this in various ways. He first set about removing statues from temples and replacing them with fire. Thereafter, Sasanian kings established a tradition of founding their own regnal fire, which burned throughout their reign, thus consolidating the new cult of the ever-burning sacred fire. Ardeshir’s personal fire was represented on the reverse of his coins, and this became the general practice of the dynasty.

The great inscription of Shapur I (ruled c. 240-270 CE), successor to Ardeshir, was carved on the smooth walls of an Achaemenid building, the ‘Ka’ba of Zardusht’ located at Naqsh-e Rostam. It begins with an account of his campaigns against Rome. The second part deals with the endowments for royal fires in honour of family members and others to strengthen Sasanian rule. He founded five sacred fires in the name of his close family members: one for the sake of his own soul, one for his daughter/wife, Adur-Anahid and one for each of his three sons who had fought with him in the wars against Rome.

2. Creation of a priestly hierarchy

The consolidation of the priesthood, together with the development of the temple cult of fire institutionalised the religion and gave it independent sources of income. The second great high priest of the Sasanian period, Kirder, was the first non-royal to be permitted an inscription in his name showing how powerful the Zoroastrian priesthood became during this period. 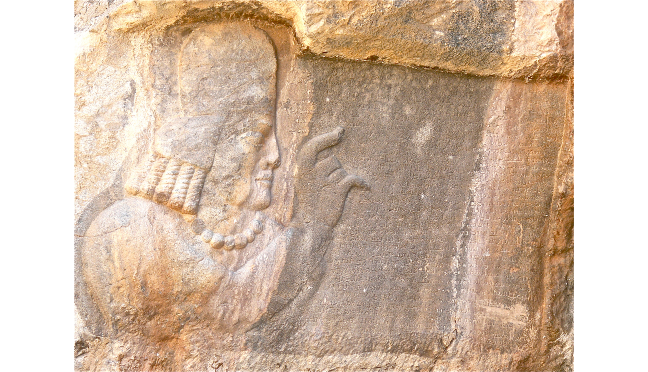 Kirder and his Inscription, at Naqsh-e Rajab. Photograph © Mieke Kreyenbroek

In an inscription recorded during the reign of Wahram II (276-293 CE) Kirder records:

(6) … And in every province and place of the whole empire the service of Ohrmazd (Ahura Mazdā) and the yazads (divinities) was exalted, and the Mazdā-worshipping religion and its priests received much honour in the land. And the yazads, and water and fire and cattle, were greatly contented and Ahriman and the devs (demons) suffered great blows and harm. …..

(8) And from the first I, Kirder, underwent much toil and trouble for the sake of the yazads and the rulers, and form my own soul’s sake. And I caused many fires and priestly colleges to flourish in Iran, and also in non-Iranian lands. …

Kirder says little about doctrine in his inscription, with the exception of his account of his journey into the afterlife. His account describes the journey of the soul after death, its crossing the Chinvat Bridge (step 1.9) where he is met by his daenā (representation in female form of his good and bad deeds) and sees heaven and hell. In his account Kirder explains the reason for his journey, which is to confirm the truth of the Zoroastrian faith. Manichaeism and Christianity had, for the first time, attracted converts from Zoroastrianism in sufficient numbers to be considered a threat. Kirder also wished to confirm what happens to souls after death and to verify the doctrine of reward and punishment depending on a person’s deeds during their life on earth.

During the reign of Shapur II (ruled 309-379) we have another high priest – Adurbad-I Mahraspand – undergoing the ordeal by fire to vindicate his faith.

Ultimately, it was the power of the Sasanian priesthood that contributed to the downfall of the dynasty:

a) Priests had become wealthy in their own right, which meant they were no longer dependent on the laity for their income and no longer mindful of lay opinion.
b) The temple provided a visible centre for worship, allowing priests to make changes to rituals and impose more charges upon the laity.
c) The priesthood was closely linked to the judiciary. There were law courts in each main town rural districts. Cases that could not be settled were tried by ordeal.

3. The writing down of religious texts

We have learned about the oral transmission of Zoroastrian religious teachings in step 1.4 and what this meant for the dissemination of religious ideas. The use of writing for religious texts was an important development in the Sasanian period. It seems that by the 6th century CE, a Zoroastrian priest had developed an Avestan alphabet to reflect the pronunciation of the Avestan language. The Great Sasanian Avesta comprised 21 nasks or divisions, which were further divided into three groups. The first group contained the Gathas and associated texts; the second included scholarly works and the third comprised treatises for priests, such as the Vendidad, law-books and the Yashts.