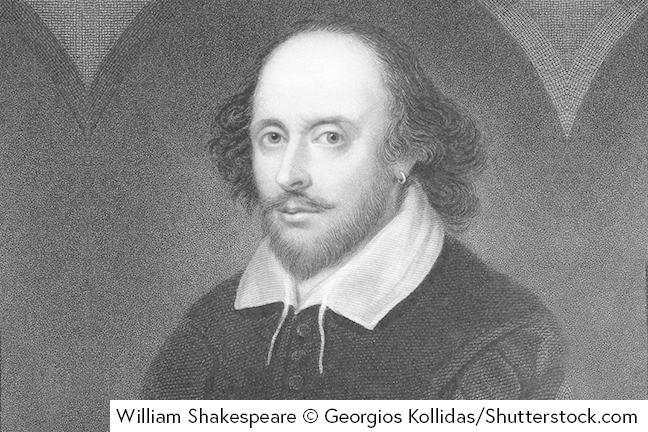 In this article, Dan discusses how the battle of Agincourt was viewed over the years after 1415, and how Shakespeare has influenced our ideas about what happened.

Agincourt continued to be remembered in the years after the battle, as can be seen by the large number of English and French chronicles throughout the fifteenth century. A literary tradition also developed with the emergence of a number of poems which celebrated the memory of Agincourt. Initially this was because the war in France was continued after the death of Henry V in 1422, but even after the final expulsion of the English from the continent in 1453 (with the exception of Calais), its legacy played an important part in England’s domestic politics during the Wars of the Roses.

In the sixteenth century the memory of Agincourt continued to be relevant due to continuing Anglo-French conflict. Henry VIII invaded France in 1513 and in 1513-14, the First English Life of Henry V was written. It was dedicated to Henry VIII, and it encouraged him to make war on the French to emulate his glorious ancestor.

By the mid sixteenth century there was much interest in the medieval past, especially to prove that the Tudors had redeemed England from the civil wars of the fifteenth century. This is particularly apparent in the work of Edward Hall (The Union of the Two Illustre Families of Lancaster and York, 1542), whose account of Agincourt was copied in Raphael Holinshed (Holinshed’s Chronicles of England, Scotland and Ireland, 1586-7).

Hall invented new details for dramatic effect, such as the addition of a battle speech by one of the French commanders, Charles D’Albret, Constable of France. These Tudor accounts also included anachronisms, such as the presence of billmen, hand-gunners and cavalry on the English side. The fact that such Tudor works were printed meant that they were widely reproduced and reached a much wider audience than the fifteenth century chronicles.

It was William Shakespeare’s play, Henry V (1599), which ensured that Agincourt would continue to be remembered in the popular imagination. It was not, however, the first play which includes the battle. History plays were popular in the late sixteenth century, with a slightly earlier work, The Famous Victories of Henry V: Containing the Honourable battle of Agincourt (1583-7), pitting a multi-ethnic French force of 100,000, including Brabanters, Danes and Hainaulters, against a much smaller English army of 14,000 men.

Shakespeare’s inspiration for his play also appears to have been motivated, at least in part, by fears of invasion, provoked by the peace made between France and Spain in 1598-9, and patriotic sentiment stirred by the campaign of Robert Devereux, earl of Essex, against rebels in Ireland in 1599. It also completed his cycle of history plays, as the other works, comprising Richard II, Henry IV, parts 1-2, Henry VI, parts 1-3 and Richard III, had been written by 1597.

Shakespeare’s interpretation of Agincourt was heavily influenced by the sixteenth-century accounts of the battle (we know that he read Holinshed), but he also added many embellishments of his own. This includes the invention of a number of characters which appealed to a contemporary audience: the most obvious are the representatives of the four nations: Henry V certainly did not have Scotsmen in his army since the Scots were in alliance with the French.

Many of the most famous quotes attributed to the battle, such as ‘We few, we happy few, we band of brothers’ from the St Crispin’s Day speech given by Henry V, and ‘Shame, and eternal shame, nothing but shame!’ uttered by the duke of Bourbon, were also invented by Shakespeare for dramatic effect. The battle itself moreover is only treated in passing in the play, with the role of the English archers entirely omitted. In fact there are no archers at all in the play. Yet the overall patriotic message of the play has been a rallying call for nationalists ever since its creation.

Henry V was not performed much in the seventeenth century, but a succession of conflicts between Britain and France from the 1740s onwards helped to maintain its relevance. By the mid nineteenth century it was very popular and often staged in an elaborate way, with the king on a real horse, and the French watching dancing girls on the eve of battle – a way of getting more women into the play as well as showing the decadence of the French.

The appeal of the play has been further enhanced due to the success of the film adaptations of Laurence Olivier (1944) and Kenneth Branagh (1989), as well the BBC television film in The Hollow Crown series, starring Tom Hiddleston (2012). These films, in contrast to the original play, include lengthy battle sequences with hundreds of extras starring as combatants. Their interpretations of the battle differ noticeably, however. The Olivier version (filmed in Ireland during the Second World War) presents a lavish and colourful overview of the battlefield with very little mud or gore, or even blood. The Branagh version is noticeably darker and grimmer in its portrayal of the battle, with a heavy focus on the melee, the fates and fears of individual soldiers, as well as the human cost of war: by 1989 the impact of Vietnam was affecting how Agincourt was viewed. Branagh explicitly stated that he wanted to show the horrors of war.

For more detailed information about Shakespeare and Agincourt, read a blogpost by Anne ‘Kill the poys and the luggage!’. Were there boys at the battle of Agincourt? written for the Agincourt 600 website.

Tell us your thoughts after reading this article. If you have seen or performed the play Henry V, tell us your impressions of the production.