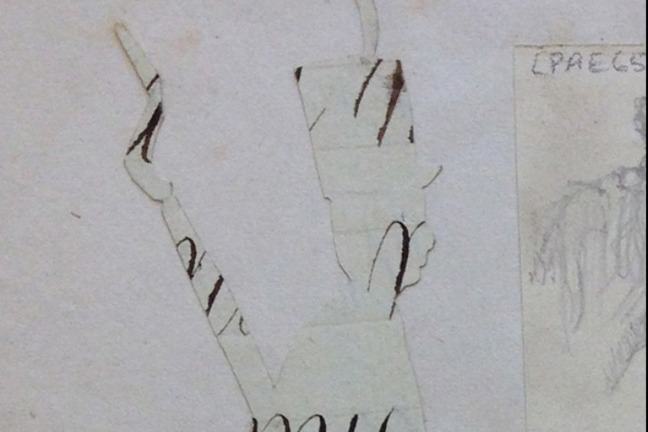 Silhouette of a figure cut out of paper, Edward William Cooke (1817)

It is not possible to write an unbiased or neutral biography.

All of us have conscious and unconscious biases. Unconscious biases are stereotypes learned and ingrained from our background, environments and personal experiences. They influence snap decisions and judgements made by our brains, before we realise we are doing so.

When we write, our conscious and unconscious biases shape our writing. These biases impact the language we use, which information we prioritise, and what we choose to omit. In some cases a writer might aim to write ‘neutrally’, but that is still a choice, and what they consider neutral is still an interpretation, subject to their own biases.

It is not really possible to avoid these biases when writing, but we can be more aware of them as writers, and as readers.

Here is a basic outline of the life of James Cook:

James Cook was born in Yorkshire in 1728, the son of a farm labourer and one of eight children.

He began life at sea aboard a collier, transporting coal, and joined the Royal Navy in 1755. Cook served in the Seven Years War and charted the coasts of Newfoundland. Cook captained three voyages to the Pacific Ocean on the following ships:

James Cook died on 14 February 1779 on Kealakekua Bay in Hawaii.

This plots Cook’s life in terms of dates and his career. This set of information seems factual and non-judgmental, it focusses on dates and his career, but it is still the result of choices, biases and interpretations. There is no mention of Cook’s personal life – who did he marry and when? What about the people he met on those Pacific voyages? What were the purposes of those Pacific voyages, and why are they named and not those he made to Newfoundland? How did Cook die? There is no mention that seventeen Hawaiians and four Marines also died that day at Kealakekua Bay.

For a fuller biography of James Cook, look at the Oxford Dictionary of National Biography.

The Oxford Dictionary of National Biography is the national record of men and women who have shaped British history and culture, worldwide, from the Romans to the 21st century. The Dictionary offers concise, up-to-date biographies written by named, specialist authors. [1]

The ODNB is a respected source for understanding the lives of important men and women. What impact does this biography have on how James Cook is remembered?

Think particularly about how the biography relates encounters with the people of the places Cook arrived at.

How does the perspective of the author impact on the retelling of history and legacy?