This content is taken from the University of Groningen's online course, Introduction to Dutch. Join the course to learn more.
View course
2.31 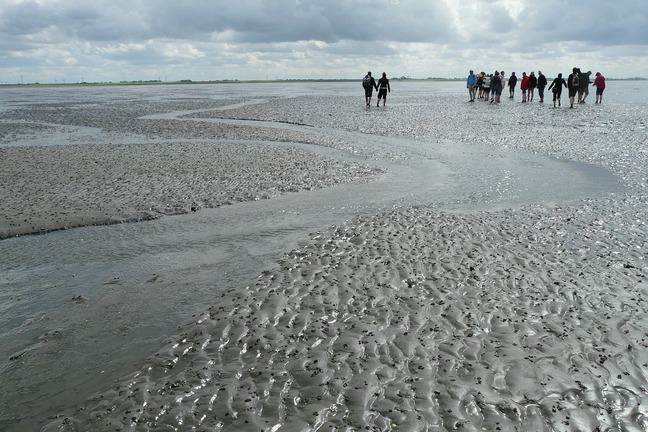 The weather and surroundings of Groningen

Learning a new language involves learning about a new culture. In this closing section, each week we will highlight a few aspects of the Dutch culture, that we think might be interesting for you.

In this week’s dialogues you heard people talking about the weather: ‘Het is lekker weer, hè?’ This is an important topic for Dutch people, especially in the north. You could even say that it is much more than a conversation starter alone. Why is this? To answer this question we will pay attention to the surroundings of Groningen.

As you now know, Groningen is a city in the north of the Netherlands. It is also the name of one of the three northern provinces together with Drenthe and Friesland, and it is directly on the coast of the Wadden Sea. The Wadden Sea is the largest unbroken system of intertidal sand and mud flats in the world. It separates the continent from the North Sea.

The oceanic climate with warm (but not hot) summers and cool (but not too cold) winters, with a relatively narrow annual temperature range is typical for the Netherlands and especially for Groningen. It can be quite rainy, especially in the winter time, which most people like to complain about. Nonetheless, it can also be very sunny from mid-spring to late-autumn.

It only takes a 45 minute drive (or a two hour bicycle ride) from the city of Groningen to Lauwersoog, where you can take the ferry to one of the Wadden Islands, Schiermonnikoog, which is one of the Dutch national parks. It is said that Schiermonnikoog boasts the widest beach in Europe, an immense expanse of sand where you can enjoy nature and tranquility at its best.

It was back in 2009 that the UNESCO World Heritage Committee inscribed the Dutch-German Wadden Sea on the World Heritage List. This was later followed by the Danish part in 2014. You can find more information on the websites of UNESCO and The Wadden Sea (if you prefer these websites to open in a separate window, click the CTRL key while clicking the links).

In a beautiful film you can see how Groningen looks from above: Groningen van boven.

Watch and read: the time

Discover the basics of Hanguel, the official alphabet and writing system of Korea dating back to the fifteenth-century.