Get an introduction to how the UK film business works

With over 800 films a year being released, the choice for cinema goers is massive and ever changing. How do we, as members of the film audience, find out about films? What methods are available to film distributors to attract our attention to specific films in the digital age? In such a crowded marketplace, how do films find their audiences?

Through this online course, you’ll discover the ways in which films make their way to cinemas and beyond through the film distribution process. You’ll find out how film distributors play a pivotal role in connecting films with audiences.

0:05Skip to 0 minutes and 5 secondsDAVID PUTTNAM: Hello, I'm David Puttnam. I've spent many, many years of my life as a filmmaker, a film producer. And I had certain amount success, but I certainly enjoyed those 30 years, as no other point in my life. I'm also, happily, the president of the Film Distributors' Association of Great Britain. And that gives me a fantastic insight into what's happening in film distribution. I had it, as it were, as a collaborator, participant, for 30 years. For the last 10 years, I've had this wonderful, wonderful bird's-eye view of what's happening in distribution as distribution has moved from an analogue to a digital age. It's been very, very enjoyable. I've learned a lot.

0:44Skip to 0 minutes and 44 secondsAnd part of what I learned is, I hope, going be contained in the series of lessons-- the series of weeks that you're going to spend learning all about the exciting world of film distribution.

This course is aimed at anyone interested in the world of film and film distribution, but may be of particular interest to students and teachers of media and film studies. 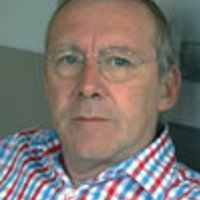 Director of Education at The Film Space (www.thefilmspace.org). He is a teacher, author, producer, screenwriter and director. He has won 2 BAFTA's.

Film Distributors’ Association Ltd. (FDA) is the trade body for theatrical film distributors in the UK - the companies that release films for UK cinema audiences.

Tell your employer about this course

If this course helps with your professional development your employer might be willing to let you learn at work, or even pay for it. Why not tell them about it?

Learn how to start a career in games development by hearing from leading games producers, recruiters and new developers.