English for the Workplace

This course for learners of English helps you with the language you need to find a job and successfully function in the workplace.

Do you want to develop software using the latest programming language paradigm? Haskell is a functional programming language, based on formal mathematical principles. As such, it is easy to reason about and develop, and it executes efficiently on modern multicore machines. From investment banks to social networks, everyone is adopting Haskell.

Get an introduction to functional programming in Haskell

On this introductory course, you will discover the power, elegance and simplicity of functional programming in Haskell. By the end, you will be able to:

Learn with developers from the birthplace of Haskell

This course has been created by the School of Computing Science at the University of Glasgow – the virtual birthplace of the Haskell language, where many of its original developers worked. It will give you the opportunity to learn with these experts and join the growing, global community of Haskell programmers.

0:07Skip to 0 minutes and 7 secondsImagine programming with only pure functions.

1:50Skip to 1 minute and 50 secondsFunctional languages are becoming more and more popular. All mainstream languages are incorporating functional constructs. So now is the time to begin functional programming in Haskell. We hope you'll join us on this course.

This course is intended for learners who already have experience of at least one programming language, such as Python or Java. You might be a computer science student, a software developer who wants to learn a new programming style, or somebody considering university study in computer science or information technology. 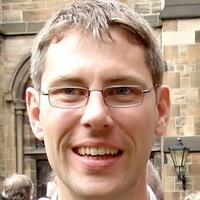 Professor in Computing Science at the University of Glasgow. I program mainly in Haskell, C++ and Perl and love parallel and heterogeneous programming. http://www.dcs.gla.ac.uk/~wim/
@HaskellMOOC 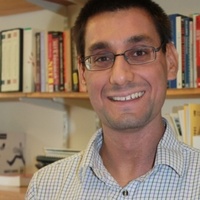 I am a lecturer in Computing Science at the University of Glasgow. I am moderately fluent in the following languages: Haskell, Java, C, Scouse and New Testament Greek.

You can use the hashtag #FLhaskell to talk about this course on social media.