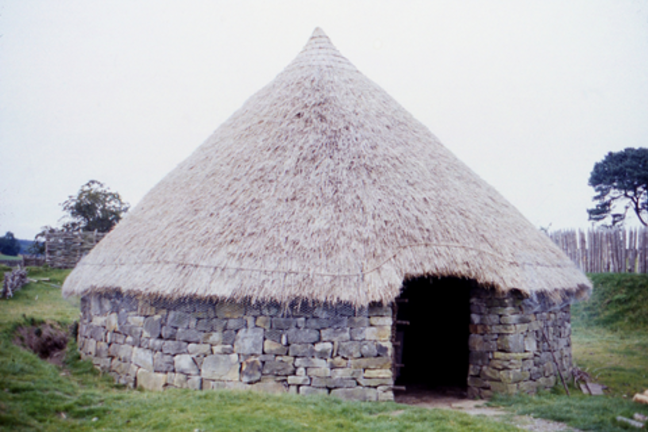 We have already seen how conspicuous the Wall can be as a landscape feature today. How much do you think survives of the native settlements in use in northern Britain at the time the Wall was built?

Before the Roman invasion, northern Britain was home to a number of groups or tribes, including the Parisi, the Brigantes, the Selgovae and the Votadini, among others. It is not known how many tribes there were, or precisely where the boundaries of the known tribes were, as we only know of them through the later Roman authors. These people differed greatly in appearance, dialect, governance and religious beliefs. In the north of Britain, most of the archaeological evidence for Iron Age peoples comes from their settlements, and recent fieldwork has suggested that the lowlands were very well populated, with a settlement found roughly every kilometre. 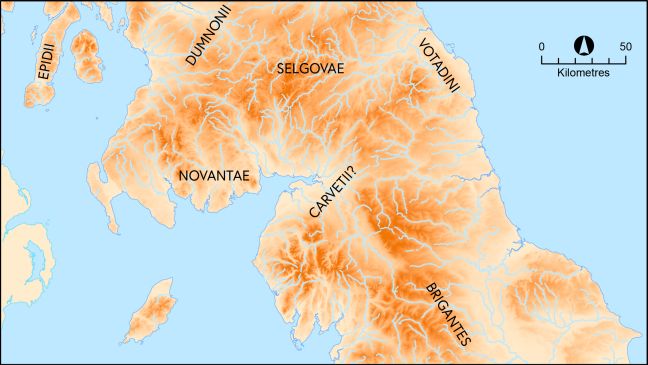 Map showing where the tribes were © Newcastle University

Larger version of the map showing where the tribes were

The best known and most obvious sites of Iron Age date are the hillforts. Sometimes this is a misnomer because not all the sites are on hill-tops, but they all have impressive multiple ditch and bank defences which would have required considerable organisation to erect. The use of hillforts changed over the years, being at various times seasonal gathering places, defensive forts and settlement sites, but they had largely fallen out of use by the 1st century AD. 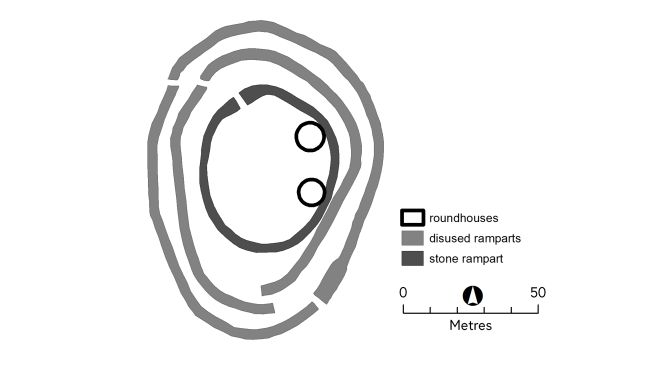 Other settlements were small and agriculturally based, with people living in extended family groups in round houses built within enclosures. The enclosures were formed by combinations of ditches and banks, sometimes with wooden palisades. Inside the earthworks the areas were subdivided, often creating an inner enclosure containing the largest building of the settlement. These larger round-houses may have been the residences of the main family or provided the focus of the settlement in some other way. Smaller circular structures between the outer and inner enclosures may have housed people of lower status or have been animal shelters or stores. Empty spaces within the enclosures may have been stockyards or night folds. There is also evidence for metalworking at most of the sites.

Like the reconstruction in the picture above, the buildings were normally circular in shape and made with low walls of unshaped stones. Conical roofs of thatch were supported by timber posts inside the building, and some buildings were large enough to suggest a second storey.

These settlements typically only have a small assemblage of artefacts in the north of Britain, consisting of fragments of locally-made pottery, pieces of stone querns for grinding flour from grain, and fragments of glass armlets or bracelets. When these objects are found, it tends to be in significant locations such as the threshold of a door or in the terminal of a ditch. This means that these objects were left as part of the abandonment of the site, rather than reflecting the full set of objects that people used during their daily lives.

Evidence in the form of animal bones and burnt grains and seeds tell us that the main crops grown at these sites were spelt wheat and hulled barley, and pasture was used for cattle, sheep, and pigs with some horses and dogs.

In the next step we will look at the arrival of the Roman army and examine the implications of the first Roman campaigns for people living in settlements such as these in northern England.