This content is taken from the Newcastle University's online course, Hadrian's Wall: Life on the Roman Frontier. Join the course to learn more.
View course
6.4 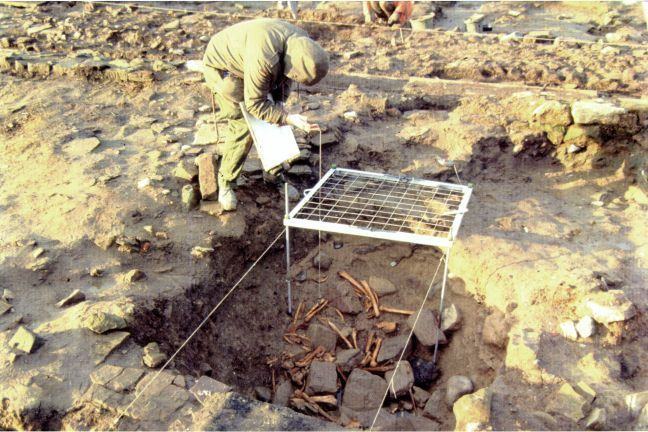 The grisly discovery at Arbeia

The Courtyard House at South Shields was the home of the fort’s commanding officer and his household. Through the course of the 4th century, the home lost much of its opulence, and one particular discovery may indicate what happened to its final occupants.

A large pit, approximately 1.5m deep, had been dug through the latest Roman levels in the central courtyard of the house. Within this pit were the disarticulated bones of two young adults.

The placement of the bodies in a large pit, rather than a carefully dug grave, is curious. It is also noteworthy that the bodies were deposited in the central area of the courtyard house, inside the fort. Burial inside a large settlement, such as a town or fort, was prohibited under Roman law and tradition. The discovery of these bodies is particularly striking, as there are more traditional inhumation graves of approximately the same date found outside the south-west gate of the fort. 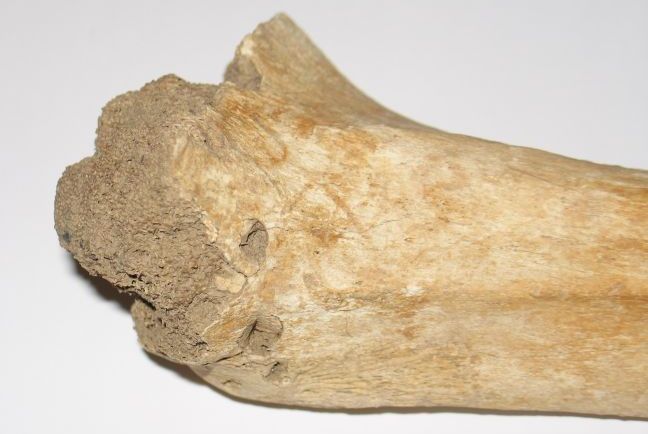 Close examination of the bones themselves reveals evidence of trauma. There are indications of cuts from an edged implement on longbones. While we cannot be certain that these traumas were the cause of death, at the very least many of these wounds would have been extremely serious and capable of causing death. Given the fact that both individuals had suffered these serious traumas, it seems likely that the pair had died violently.

Radiocarbon dates were determined from two samples of bone, one of which dated to AD 140-430 (calibrated) and the other to AD 340-660 (calibrated). We know from the stratigraphy of the pit relative to the surrounding archaeology that the pit dates to the early 5th century at the earliest, and both bodies were placed in the pit at the same time, and thus the same date. So the combination of stratigraphic dating and radiocarbon dating tells us the bodies were placed in the pit between AD 400 and 430.