PLEASE NOTE: This course was retired on 20 Dec 2019. This means it is no longer being updated or maintained, so information within the course may no longer be accurate. FutureLearn accepts no liability for any loss or damage arising as a result of use or reliance on this information. 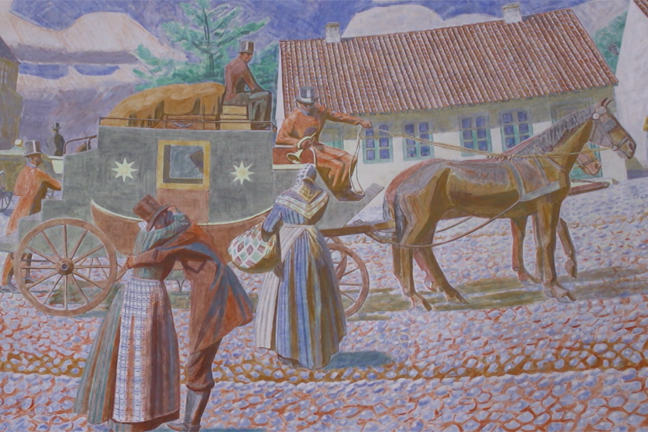 An introduction
Hans Christian Andersen’s very first fairy tale was named ‘The Spectre’. It was published in 1830 in his collection of literary texts, Poems, together with poems and dramas. The fairy tale was accompanied by a preface explaining that it was a retelling of a folk tale Hans Christian Andersen had heard in his childhood. The original folk tale, also called ‘The Spectre’, must have been haunting his imagination.

In the same introduction, he promised his reader that in case of a successful reception, he would deliver a whole series of Danish folk tales unknown to the public – that is to the cultivated, reading public. The reception of Andersen’s work, however, was negative. A critic accused him of having missed “the epic tone” of the folk tale. The reason was that his retelling of the folk tale took too many liberties with the genre.

In 1830, the young Hans Christian Andersen was influenced by German Romanticism. German writers like Musäus, Chamisso, Tieck and E.T.A. Hoffmann made literary experiments with the folk tale material, exploring it as a source of inspiration for original, poetic creations, the so-called “literary fairy tales” (Kunstmärchen). Their approach to the traditional genre was often marked by ironic reflection. So was Hans Christian Andersen’s in 1830 - to a certain extent. Far from reproducing the impersonal style of the folk tale, ‘The Spectre’ was a piece of literary art, playing with the genre codes of the folk tale and showing the signature of a cultivated writer cumulating explicit references to Arabian Nights, The Bible, Goethe, Danish contemporary authors and so forth.

Disappointed by the reaction of the critics, Hans Christian Andersen gave up his ambition to follow up on this kind of experimental rewriting. As we have seen, his decision to revisit the folk tale genre in 1835 was part of a literary project of another kind: storytelling for children. ‘The Travelling Companion’ which we have just studied is one of the first examples of the narrative style resulting from this project – the style that would become Hans Christian Andersen’s unique signature.