0:10Skip to 0 minutes and 10 seconds Hello. My name is Lyndsay McGill. And I’m the curator for the medieval to early modern Scottish collections at the National Museum of Scotland. I’ve chosen to highlight this very large and bright tartan outfit, which belonged to a gentleman called Sir John Hynde Cotton. The outfit is comprised of three different pieces. You have the trews, you have the jacket, and you have the plaid. Now the material that has been used to make the jacket and the trews is a cloth that has been very finely woven, but it is durable. And it feels thin, but hard to the touch. The jacket shows signs of having been enlarged. And there’s also six different dye colours found within this jacket.

0:53Skip to 0 minutes and 53 seconds You have red and green, but you also have lesser quantities of black, white, a pinky sort of violet colour, and two different shades of blue, which really shows that this was an expensive jacket. The trews have been cut from three different materials, which is quite interesting and slightly unusual. We actually acquired this object in 2005. It was bequeathed to us by a Miss Antrobus Although it had been on loan to us since the 1970s. Miss Antrobus was a descendant of Sir John Hynde Cotton, who was a baronet. And his ancestral home was Madingley Hall in Cambridge. Cotton was a member of Parliament. He was a Tory.

1:34Skip to 1 minute and 34 seconds And he was also known as being one of the largest men of his day. And incidentally, this outfit would fit somebody of approximately 6 foot 4 in height. Cotton was also known as a prominent English Jacobite. And he did visit Edinburgh one year before the rising in July, 1744. And it’s possible that he acquired this outfit on that visit. Now given Cotton’s political outlook, it could be considered that he chose a tartan outfit with the intention of identifying himself with the Jacobite cause.

2:11Skip to 2 minutes and 11 seconds And there is a sort of tradition surrounding this outfit that he wore this outfit to the celebrations at the Palace of Holyroodhouse after the Battle of Prestonpans in 1745, although there is no evidence to actually support that. The reason that he would have chosen tartan, or might have chosen tartan, to signify his allegiance with the Stuarts is because by the mid-18th century, the Jacobites had adopted tartan as a sort of badge of opposition. And so tartan as a material, it was something that was– it was highly visible, and it’s highly identifiable. And it’s something that was easily accessible for people. They could get hold of this material.

2:54Skip to 2 minutes and 54 seconds And so when Prince Charles Edward Stuart landed in Scotland in the summer of 1745, he was persuaded to adopt tartan as the uniform for his army. And he did do that, and it did give a really strong identity. After the Battle of Culloden in 1746, the government took steps to eradicate this identity. And so they passed the Proscription Act, sometimes referred to as the Disclothing Act, which came into effect in 1747. And essentially it was an act passed to ban the wearing of tartan and Highland dress. Ironically, an exception was made for the British army. And so by the close of the 18th century, Highland regiments– Highland soldiers– could be seen across the world wearing tartan.

3:46Skip to 3 minutes and 46 seconds After the repeal of the act in 1782, tartan dress was to an extent influenced by military tailoring. And so what went before the Proscription Act, before 1747, is incredibly rare. There are very few outfits out there that predate the Proscription Act. And this is one of those outfits. And that’s why this piece is so remarkable, because it gives you an insight into what tartan dress looked like in Scotland before it was banned.

This is a complete tartan outfit consisting of trews (trousers), a jacket and a plaid. The material and colours used to create this large, chequered ensemble would have made this an expensive suit. 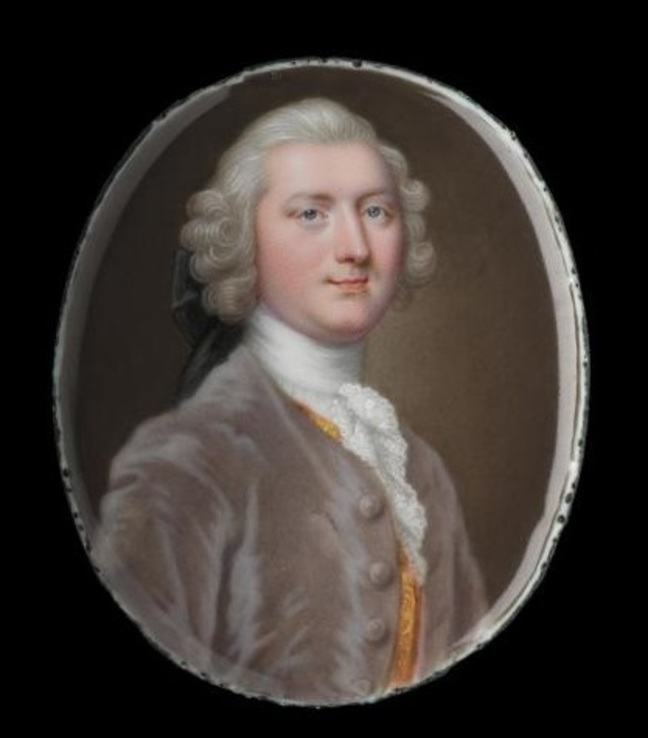 It belonged to Sir John Hynde Cotton, a Tory Member of Parliament – and an English Jacobite.

Why is it important?

As well as being a tartan outfit belonging to an English Jacobite, this suit in common with Margaret of Oliphant’s dress has also been associated with celebrations at the Palace of Holyroodhouse after the battle of Prestonpans in 1745.

As we learned in step 3.8, Charles ordered that there be no public rejoicing or celebration of Prestonpans and this may be another myth about this particular piece of clothing.

In this short film, Curator Lyndsey McGill explains the significance of this outfit, in the context of reprisals after the 1745 Jacobite uprising.