0:05Skip to 0 minutes and 5 secondsSIMON KEAY: When thinking about the enlargement of Portus under the emperor Trajan, it's useful to think a little bit about the broader context of this. First of all, a little bit about Trajan the man. Trajan was a man of provincial origin. He was actually born at the town of Italica, which lies in southwest Spain today, the Roman province of Baetica. And he was the descendant of an established Italian family that had settled there way back in the Republic. And Trajan was a soldier who saw service in different parts of the empire and gained a well-earned military reputation being a general in Germany prior to his adoption by the emperor Nerva in late first century AD.

1:00Skip to 1 minute and 0 secondsWhen he was elected emperor, he was really the first provincial to become emperor. And this was a really important start of an important trend whereby provincials were becoming emperor representing the way in which provincial society was reaching the highest offices of the Roman Empire and provincials were being socially integrated into the Roman Empire. Trajan is best known, I think, for, first of all, his military conquests. He was the great soldier emperor. And for example, we know that in the early second century between AD 102 and 106, he was responsible for the conquest of what is now Romania, the area around Transylvania near the Danube and incorporating what became the province of Dacia, which had a huge resource of gold mines.

2:02Skip to 2 minutes and 2 secondsThe products or the outpouring of which proved incredibly useful to Rome in underwriting its coinage and in providing a huge source of income, which could be used for major building projects in the capital and, indeed, the construction of Portus. We also know that he made major conquests in the Middle East, the conquest of what became the Roman province of Arabia Petraea in AD 106 and subsequently, the great province of Mesopotamia. And even though this was only held for a short time, it was very important. It incorporated essentially Rome's old enemy Parthia and adjacent kingdoms. Another important area of activity by the emperor Trajan was, of course, the city of Rome itself.

2:51Skip to 2 minutes and 51 secondsAnd it's true to say, I think, that he transformed the topography of the city with a number of major public buildings. And I'm talking about baths and I'm talking about an aqueduct. And I'm talking about the banks of the River Tiber. But the big monument was, of course, his great forum. And here we have one of the most fantastic buildings in the Roman Empire, which advertised his military prowess. And at the centre of which was his great column with its spiral of threes which recounted the successful wars against the Dacians. In addition to that, he was also heavily involved in port activity. He built the new port of Civitavecchia or ancient Centumcellae.

3:35Skip to 3 minutes and 35 secondsAnd of course, last but not least, he also very much enlarged Portus adding the great hexagonal basin and a number of major elements of infrastructure.

The Roman Empire under Trajan

The origins of the Emperor Trajan are to be sought at the town of Italica (Santiponce) in the Roman province of Baetica, near what is today Seville, in southern Spain.

If you are interested in his early life, we would recommend you looking for more information on Italica just outside modern Seville. It is a truly amazing site, and again somewhere that we have worked for many years. In fact our colleague Kris Strutt (who you will meet later on this course) recently undertook a geophysics season at Italica. You will also find statues of Trajan and a mosaic floor mentioning one of his ancestors in the Seville Archaeological Museum. 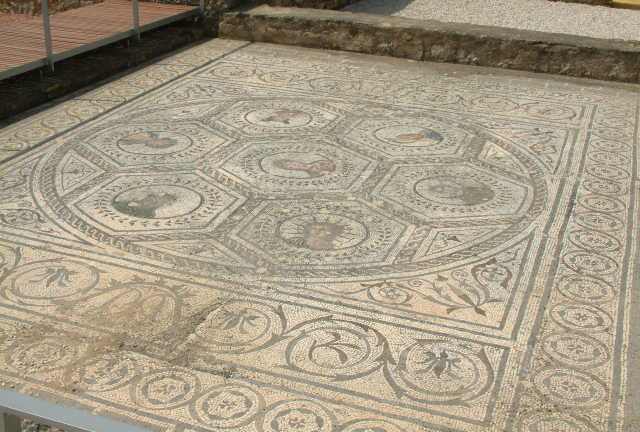 Trajan was, therefore, the first of a succession of 2nd c. AD Emperors of provincial origin, epitomizing how provincials had become integrated into the political structure of the Empire. His ascent to the Imperial Purple is to be explained by both the strength of a “Hispanic” lobby in the upper echelons of power at Rome, and his prowess as a soldier. Following his adoption by the Emperor Nerva and his eventual accession to the Purple, he embarked upon a succession of military conquests that pushed Roman power to its furthermost limits.

His first achievement was to conquer the Dacian peoples that inhabited the area of what is now Romania in two wars between AD 101 and 106 and to create the new province of Dacia, thereby gaining access to very rich gold mines that were to underwrite further military conquests, this time in the Eastern Empire – creating the provinces of Arabia Petraea and then Mesopotamia. This newly found resource was also used to fund a major programme of building at Rome and in its hinterland. The Forum and column of Trajan, the Baths of Trajan, the Aqua Traiana aquaduct, and the re-habilitated banks of the Tiber are examples of his work at Rome.

If you are interested in Rome itself you might want to do a bit of research on the great Forum of Trajan which was extremely impressive, and which can still be visited today. 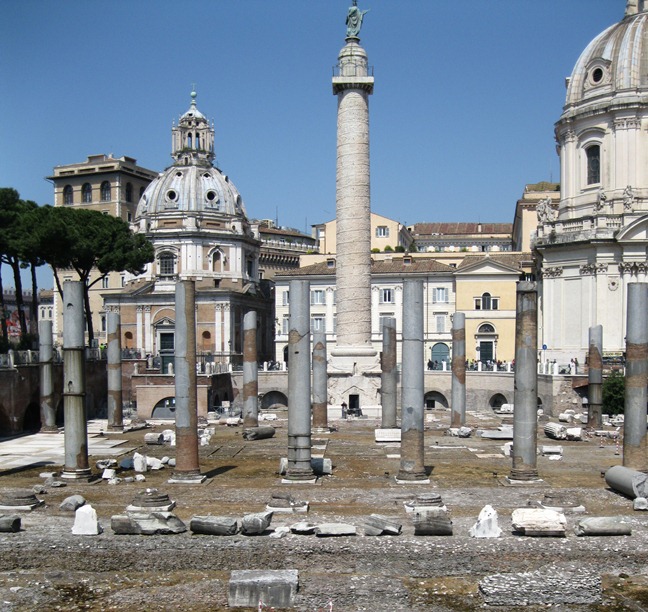 Have a look online for images of the frieze that decorated the outside of Trajan’s column. 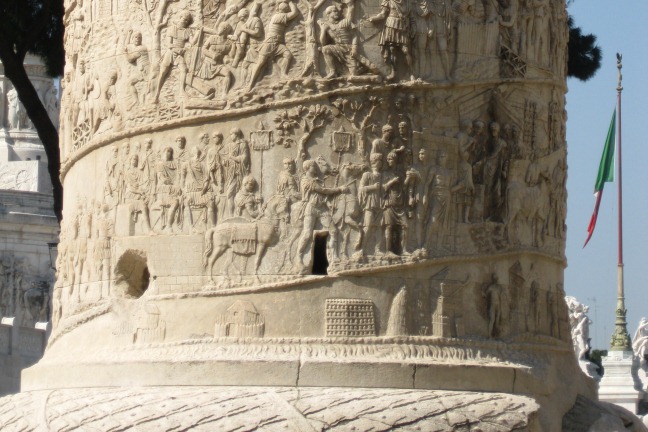 The base of Trajan’s column - Simon Keay © University of Southampton

The new port at Centumcellae (Civitavecchia), which is still used by cruise liners today, is one example of his interest in enhancing the port infrastructure of the Capital outside, while the great hexagonal basin of Portus is another.

In the next video you will learn more about the great hexagonal basin. 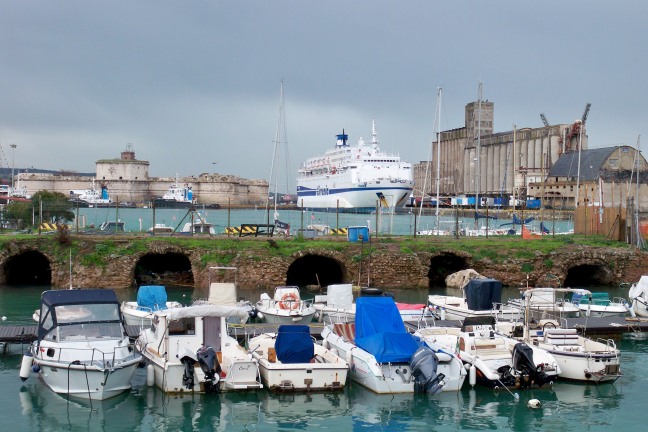 Did you know anything about the Emperor Trajan before this course? What do you find particularly interesting about his life and his impact on the Roman World?