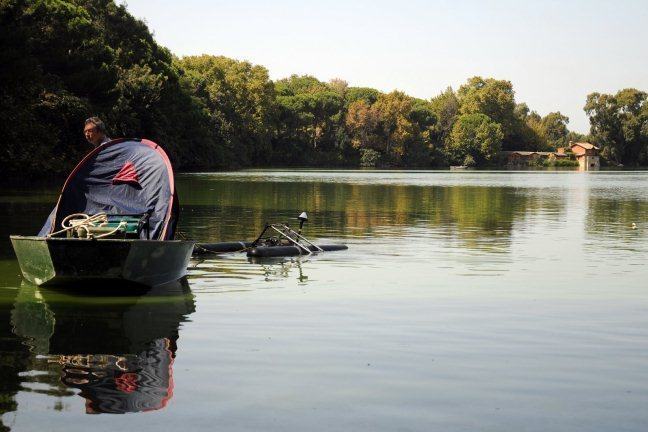 Underwater geophysical data being gathered in the Trajanic Basin

Seeing beneath the lake

The hexagonal basin is still filled with water today, on account of having been dredged and filled with Tiber water in the early 20th century. Since there are few records as to the profile of the basin or the materials with which it was lined, we decided to undertake a side scan sonar survey, with the kind permission of the owner, the Duke Ascanio Sforza Cesarini.

Side scan sonar imagery is the equivalent of a high resolution aerial photograph but uses sound rather than light as an imaging source. It provides us with an underwater picture of the submerged harbour bed. We were able to produce a survey through the water at 6 cm sample resolution. This enabled us to be confident in identifying anomalies exposed on a harbour bed with a minimum size of c. 20 cm.

The survey directed by Dr Justin Dix from Ocean and Earth Science in the National Oceanography Centre at Southampton identified a total of 135 sonar anomalies which were spread around the margins of the harbour basin, with the majority of them being within 125 m of the basin walls. There was no obvious pattern to their distribution other than a comparative rarity (only 3) along the southern margin of the basin. The anomalies varied in size from c. 0.5m to c. 6m in size, with the majority of targets being between 1 and 2 m in dimension. The identification of these anomalies was unclear, although it seemed likely that many were of 20th century date. We believed that the basin was dredged and had a concrete lining in the earlier 20th century and this work seems to have confirmed it. 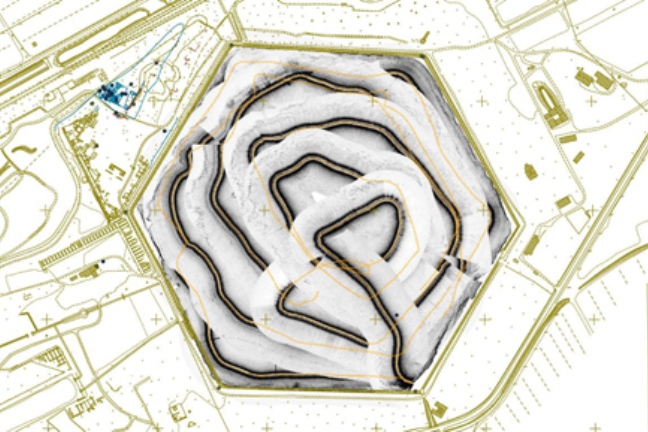 Whereas the sonar system produces an image of the current harbour bed, our sub-bottom profiling system (a ‘Chirp’ system) produces two-dimensional slices through the bottom of the basin. We undertook this kind of survey to try and find out more about the profile of the basin. The resulting imagery is similar to the Ground Penetrating Radar imagery that you will learn about next week.

A broad grid survey framework was deployed in order for us to provide an overview of the harbour from this first survey: using a simple survey strategy of lines run between corners of the hexagon and along each side. The Chirp system has been modified at the University of Southampton to produce optimal resolution data (c. 10 cm vertical resolution) of the top 10-20m of sediment depending on sediment type and water depth.

Earlier information about the hexagonal basin suggested that we had relatively fine-grained sediments and water depths that reached a maximum of c. 8 m in the centre of the basin – ideal conditions for Chirp imagery. In reality we identified from the side scan sonar survey that the water within the basin is much shallower than we had thought, with a maximum and consistent water depth of only c. 3.25 m. Consequently, penetration of the harbour bed was limited and the high energies inputted into such a shallow water column resulted in relatively degraded traces. What can be established from this data is that the sediments within the basin are very homogeneous both spatially and vertically. No major anomalies were identified. So, sadly we cannot claim to have identified any shipwrecks waiting to be discovered in the Trajanic basin, although our work elsewhere has demonstrated the potential of the technique.

In truth our aim for this work was to establish the likely basin depth in order to inform questions about the use of the harbour and its maintenance. Subsequent work with our colleagues working around the periphery of the lake via palaeoenvironmental coring has provided further information about the port system and its likely fluvial and marine dynamics. 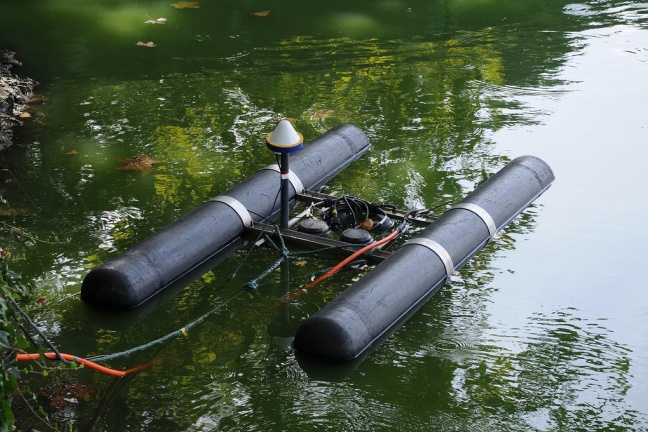 We don’t expect you to be able to interpret the data shown in this course without help. In the case of the side scan sonar above the figure is there just to give you an illustration. It looks rather like a worm, as several learners have pointed out! It is indeed a trail - the route the boat took across the surface of the lake. The white areas to either side of the yellow and black track are the data. Imagine you took a panoramic photograph looking down at the seabed on each side as you floated along in a submarine beneath the boat. This is a bit like the information we recover. It is useful in picking objects standing proud from the bottom. Have you heard of these techniques being used elsewhere - for example in engineering, or in looking for sunken ships or aircraft?