Although George III recovered from his illness in 1789, this was only the first of three attacks which would afflict him. When George first experienced his symptoms, they confounded his doctors, who described the symptoms as ‘evil humours’. He was subjected to an array of ‘modern’ medical treatments some of which involved the use of food. Competing doctors sought to treat the King with techniques including bloodletting, blistering, urine analysis, and purgatives such as rhubarb, castor oil, senna, and antimony were used to treat his constipation.

The below extract, written during George’s second bout of ill health, was recorded in the diary of Dr Francis Willis who was one of a number of physicians to attend the King. What is particularly interesting about this extract is that we are given an insight into the types of remedy that were prescribed, what he was given for ‘nourishment’, and the ways in which these health practitioners worked.

‘His Majesty’ fever increased in ye afternoon and his night having been very restless and unquiet at ye recommendation of Dr Reynolds his Majesty’s feet were put into hot water and vinegar for half an hour. Soon after this His Majesty put on such an appearance of being exhausted, that his life was despaired of – his pulse too had rapidly increased.’

At eight o’clock that evening, Doctors Gisborne and Reynolds, Doctors John and Robert Willis would consult together and give their opinion of the state of the King:

‘…Immediately upon Dr John and Robert Willis perceiving ye exhausted state of ye King, they gave him a strong dose of bark which had the effect of composing him and putting him to sleep for an hour and a half which he had not had for I think, nearly 48 hours before which time too he had been in a very restless and unquiet state. He waked with a slower pulse and in every respect appearing better; so that the Physicians were enabled to give a favourable report to the Prince of Wales in ye evening. If the report had been otherwise it was intended that other physicians should have been called in in aid - the medicines of today since two o’clock were chiefly composed of musk and bark - his nourishment jellies and wine.’

Many of the methods and medicines being prescribed were not yet ‘tried and tested’; and even the King could be used as a human ‘guinea pig’. Not only did these untried remedies include the water and vinegar footbath noted in the extract from Willis’ diary, but also ingestion of natural remedies including musk and bark. Musk was more traditionally used within food and perfume, but there was a history of using it to calm the nerves. The bark mentioned is most likely to be referring to Peruvian bark, which contained quinine and was regularly prescribed for its fever-fighting qualities.

Not all of George’s treatments were so natural. ‘James’ powders’ were applied to the King, an arsenic-based treatment which was applied for the deliberate purpose of blistering the skin. Blistering was a way to rid the body of toxins and, similarly, the desired effect of emetics (substances that resulted in vomiting) was to purge the body of harmful substances. The majority of these processes, and the general understanding of ill-health, was still focused on the concepts of physical, bodily health – mental health and ‘nervous’ conditions, were something quite separate.

When it came specifically to the treatment of the mentally ill, Dr Francis Willis’ method was an innovation. When Willis was first called upon to cure the King, on 5 December 1788, he encountered opposition from George’s regular physicians, such as Sir George Baker. Some of Baker’s prescriptions and treatments can be seen in the previous Step. This opposition was in part due to the fact Willis insisted on having exclusive control over the treatment of the King but also because he was a clergyman who ran an asylum, rather than a fellow of the Royal College of Physicians. His lack of a fellowship, and therefore status, and the fact that running an asylum was regarded as somewhat disreputable in the late 18th century meant that Willis had a lot to prove in his treatment of the monarch.

Willis came to the King with a clear idea of what was needed: he believed that mental illness was the result of over-excitation, which could only be remedied through calm and control. In a sense, he reduced the King to the status of a child. If he became overexcited, he would be forced to wear a straitjacket (his ‘hated waistcoat’); he was only able to walk in the gardens when accompanied; and he was not even allowed to eat with a knife or fork, for fear of harm to himself or to others. His nourishment listed above is ‘jellies and wine’, and much of what George was eating during his illness was ‘nursery’ food, which could be taken using a spoon, or eaten using his hands.

Due to its method, the treatment Willis’ prescribed was known as ‘Moral Treatment’ and through its success on high profile figures such as George III it led to the developments in the treatment of the mentally unstable within asylums. However, the most painful part of his treatment may have been the separation of the King from his beloved wife Charlotte. A letter, dated 1801, shows how much control the doctor had in the royal household, and how hard the separation was on the Queen, unaware of her husband’s condition: 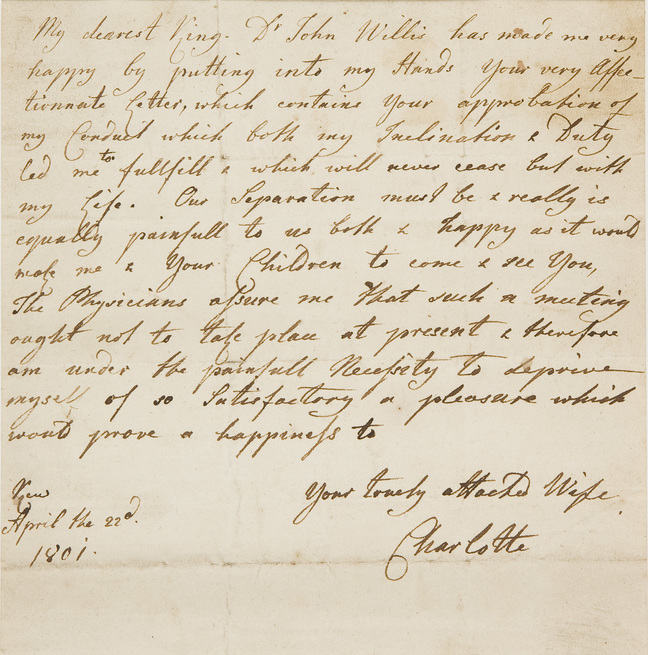 Figure 1: Letter from Charlotte to George in 1801 © Historic Royal Palaces

Dr John Willis has made me very Happy by putting into my Hands your very affect- tionate letter, which contains your approbation of my Conduct which Both my Inclination & Duty led me to fulfil & which will never cease but with my life. Our separation must be & really is equally painfull to us both & happy as it would make me and your Children to come & see you, the physicians assure me that such a meeting ought not to take place at present & therefore am under the painfull necessity to deprive myself of so satisfactory a pleasure which would prove a happiness to

It is not known whether the King recovered because of, or in spite of, these treatments, but in February 1789 the King improved, he was not only allowed to see more of his beloved family, Doctor Willis also allowed him to shave by himself, and eat with a knife and fork once more. You’ll find out more about this momentous occasion in the next two Steps.