Who were the Syro-Palestinians? I: Geography and Environment

What’s so special about the ancient Near East? Why did the Egyptians see parts of it as important locations to control? The land itself holds the key to these questions. Below are a series of maps that should help you to understand how resource rich and culturally diverse this crucial area was. 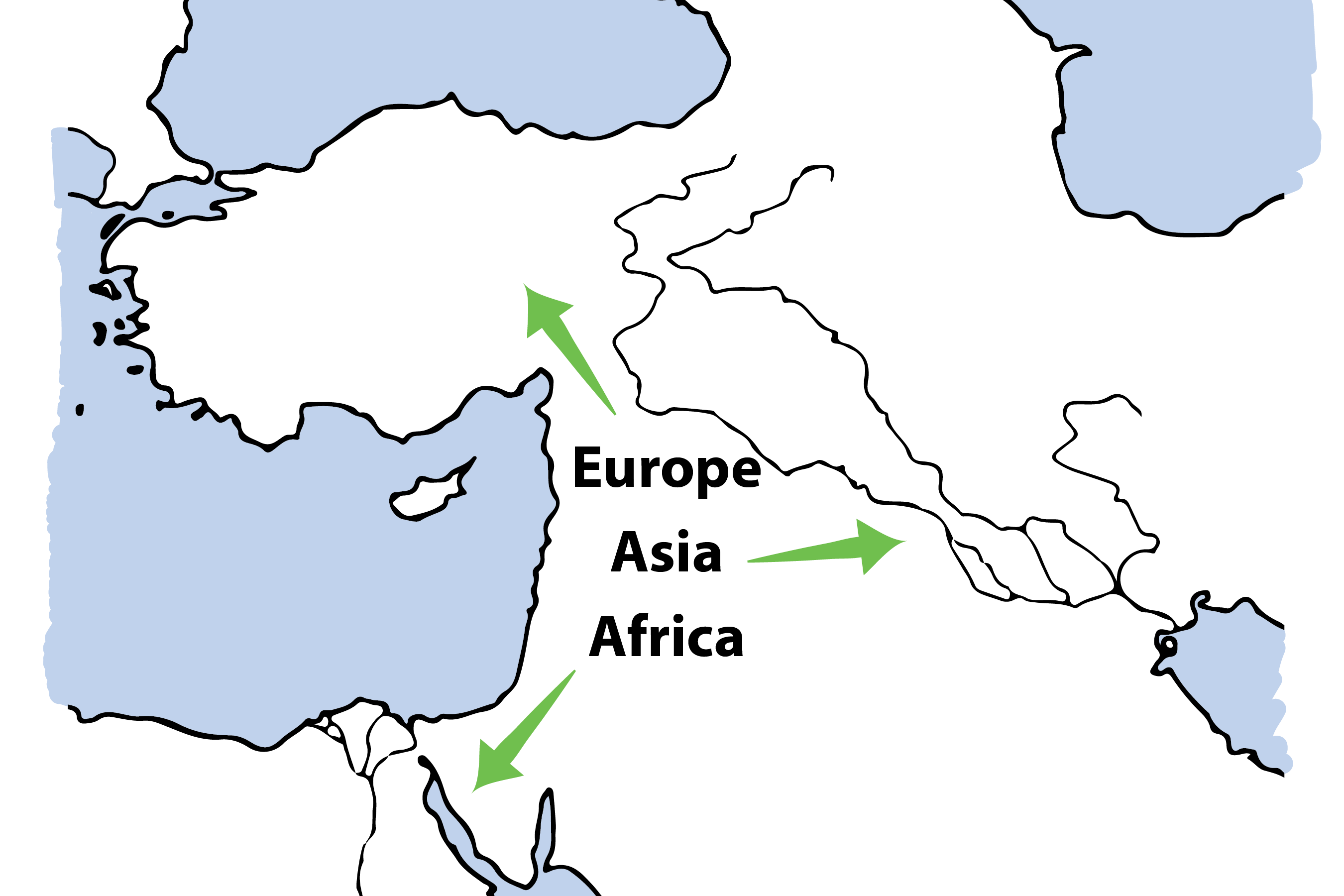 Our first map highlights the geographical centrality of the Near East. The area links Asia, Africa and Europe, and therefore controls mobility between these areas. Whether travelling by land or sea, you’ll need to pass through this region. Straight away, we can see the strategic importance of areas like Syria-Palestine. 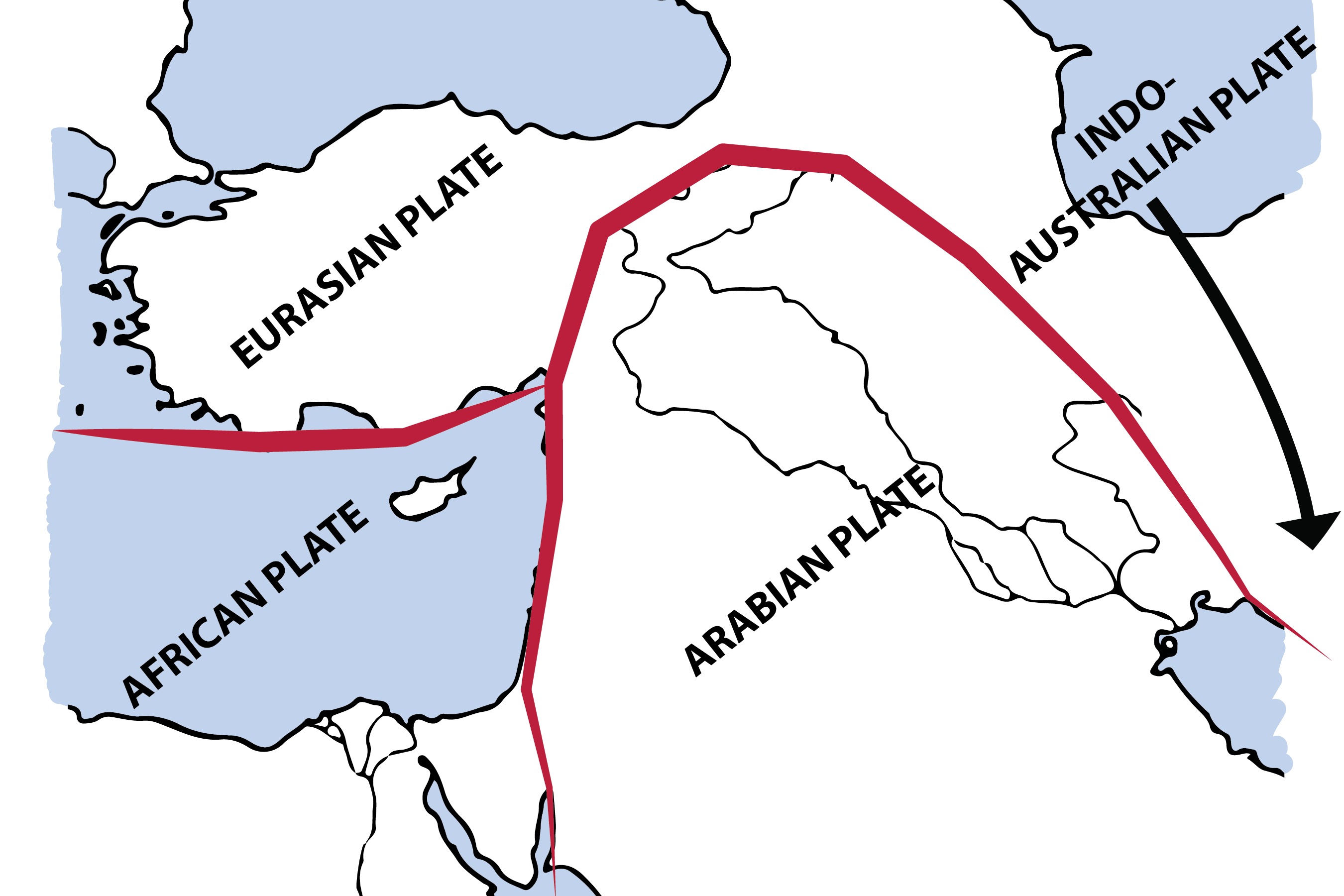 This map demonstrates the Near East’s centrality in geological terms. It sits at the meeting place of four of the earth’s tectonic plates (the Eurasian, African, Arabian, and Indo-Australian plates). Uplifting (mountain ranges) and depressing (rift valleys) of the land occurs where these plates either push together or pull apart from each other. 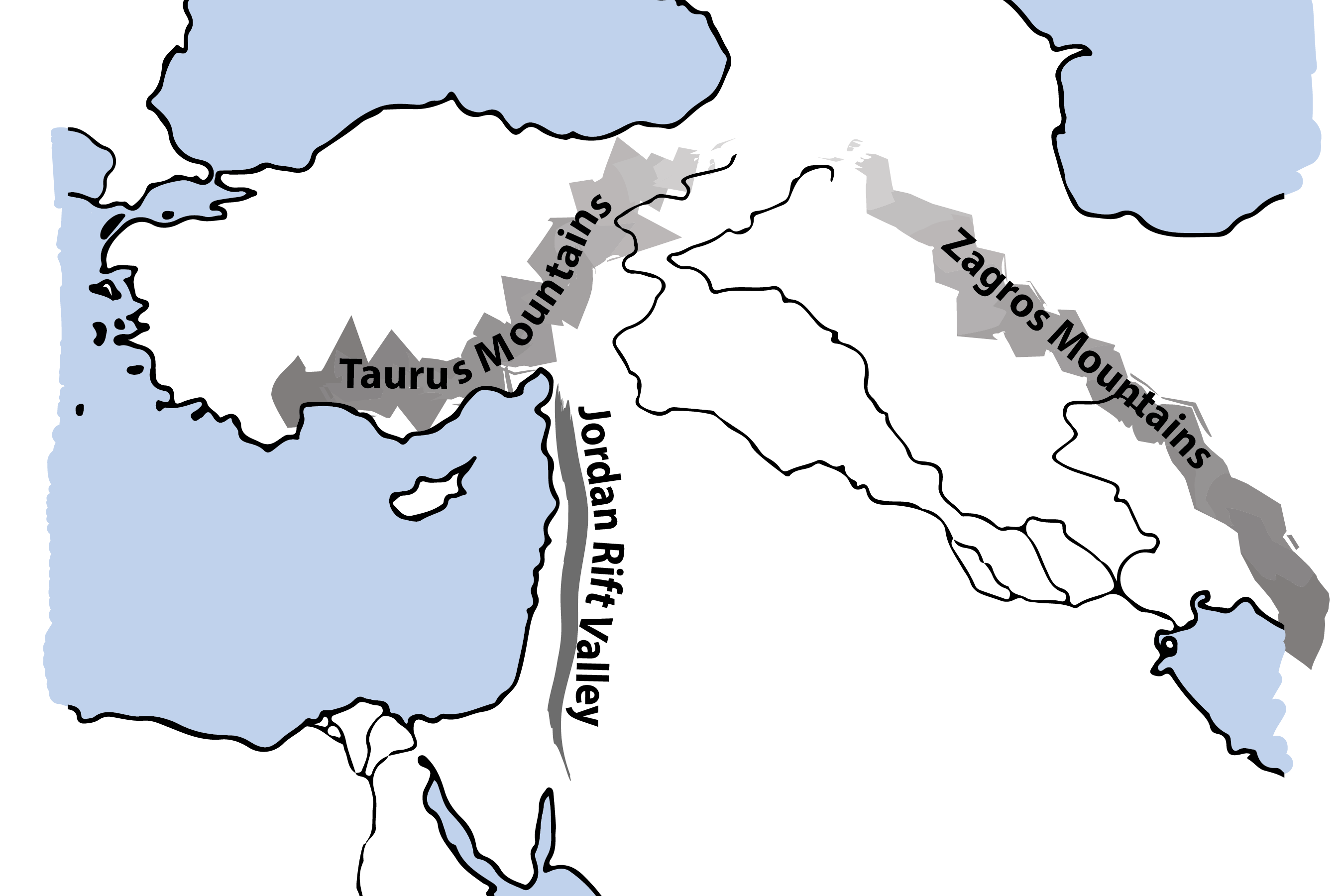 The resulting land features are clear to see. To the north and east, the Taurus and Zagros mountain ranges rise. To the west, the Mediterranean coast is defined by a deep, narrow rift, host to some of the lowest lying terrain on the planet, featuring the River Jordan and the Dead Sea. To the east lies a very broad and gentle trough, through which the Euphrates and Tigris rivers run. If you compare maps 2 and 3, the link between tectonic plate movement and land features should be quite obvious. 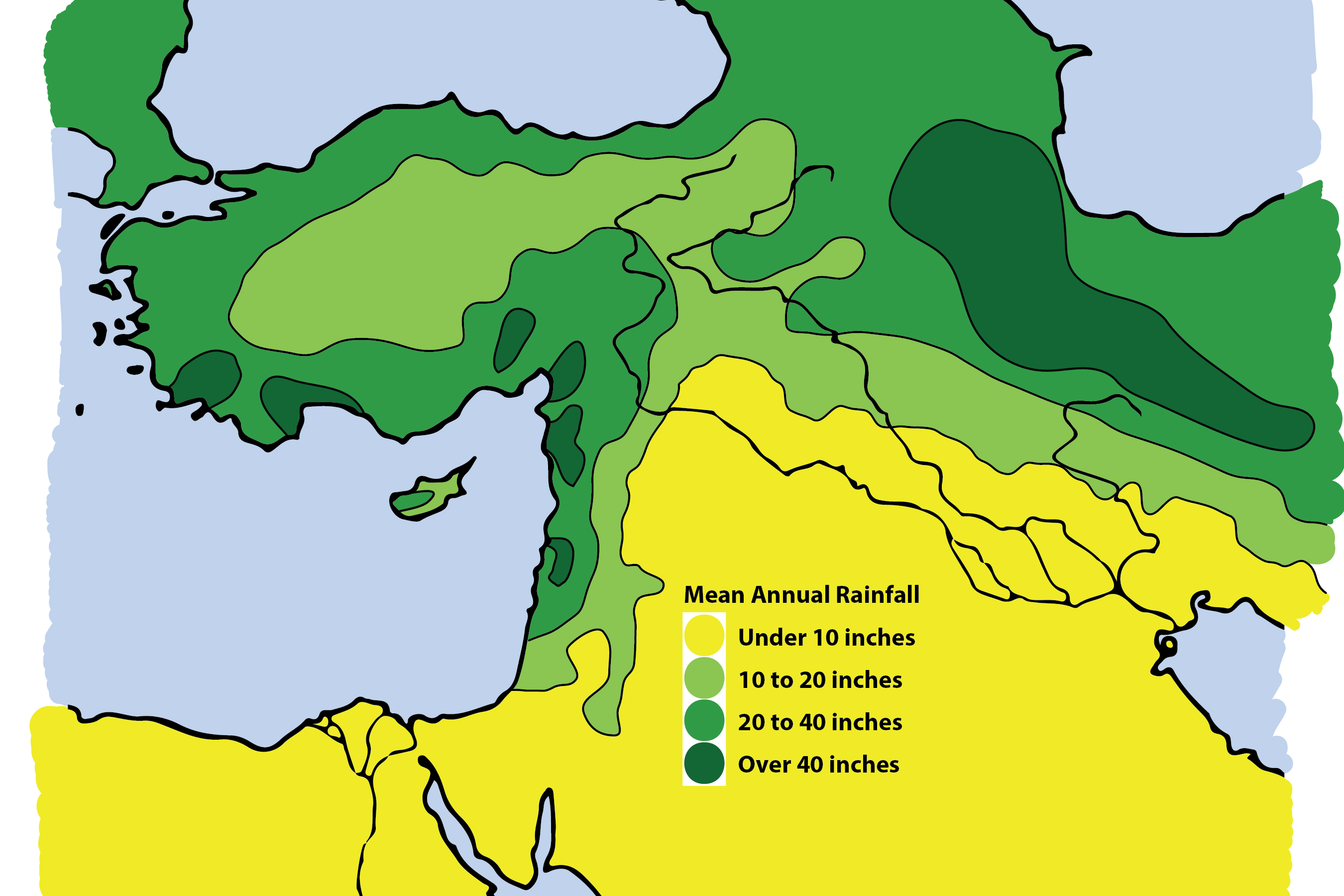 In winter, wetter European air masses arrive in Syria-Palestine. In summer, the region receives the drier Saharan air. As air masses move from west to east, the varied topography gives rise to varied weather. The rain falls mainly on the highlands along the Mediterranean coast to the west, and on the mountain regions to the north. This creates a rain-shadow (where the land is largely rain-free as it is protected by the mountain ranges around it), but which is irrigated by the Euphrates and Tigris rivers. In this most fertile part of the Near East, there are two distinct parts: 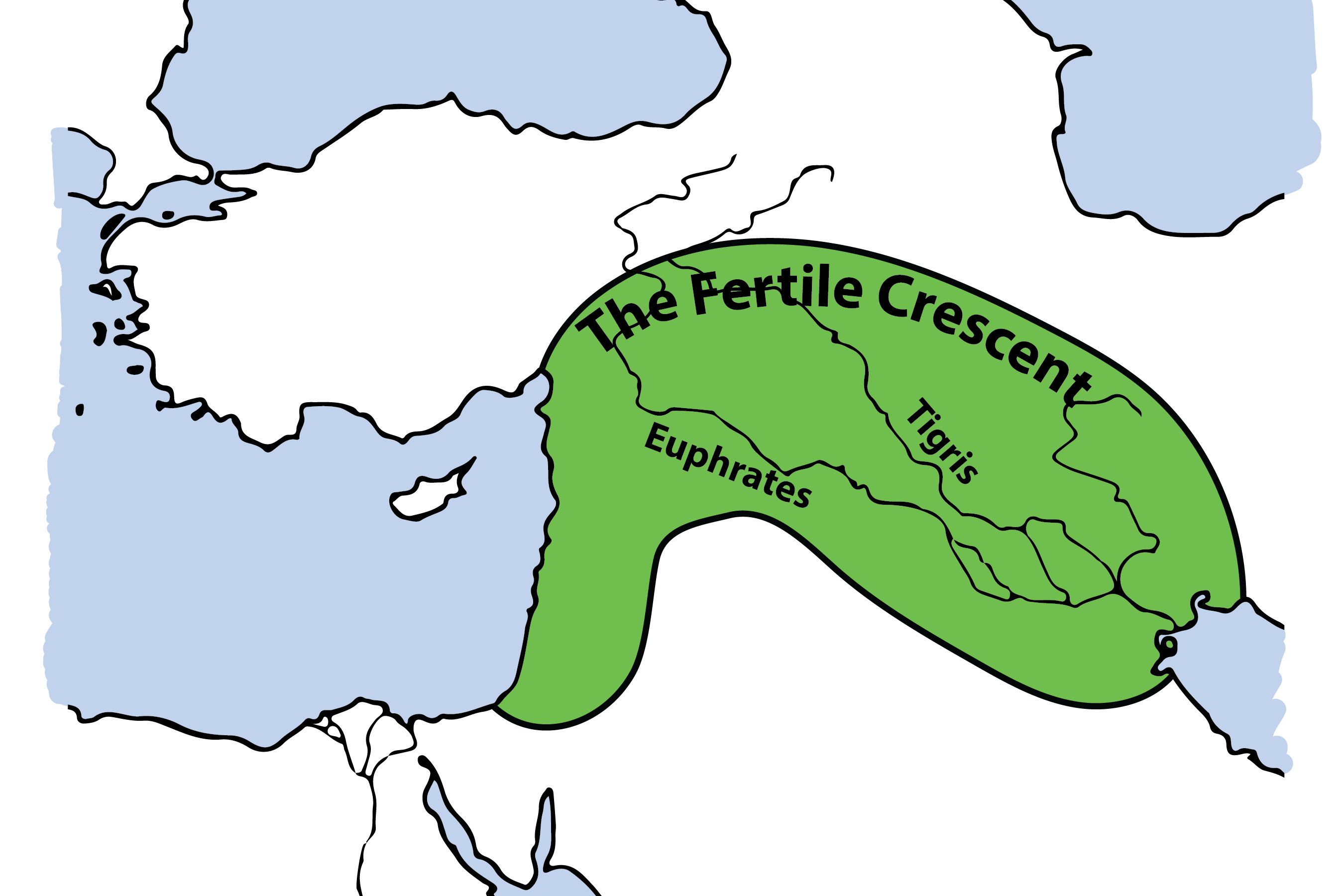 The Fertile Crescent describes the roughly semicircular tract of cultivatable land, watered either by rain or river.

You can see how the Near East, including Syria-Palestine along the western arm of the Fertile Crescent, boasts a huge ecological variety. The range of geography, geology, topography and climate in a fairly confined region means a plethora of product, people, expertise, technology and development from one place to the next. In short, the Near East, and Syria-Palestine in particular, was a resource rich and culturally diverse environment. Collaboration and control of this area would have been seen by the Egyptians as way to enrich their own culture. In terms of trade, the Egyptian’s own main resources (gold, grain and linen) could be traded for wood, copper, tin, silver, precious stones, wine and oil.

With Egypt’s newly emerged military elite, the country was ready to extend its northern frontier.