Discover the importance of Black History Month, the impact of the Black Lives Matter protests, and what FutureLearn is doing to enable positive change. 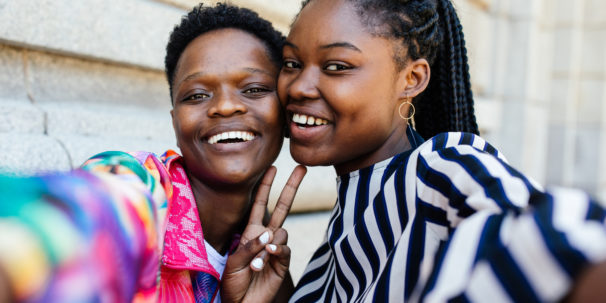 February is Black History Month in the US. It’s an observance that remains as important as ever, especially because anti-black racism and violence in the US have been brought increasingly into the public eye over the last few years. But how did this annual celebration start? We take a look at the origins of Black History Month and why it’s so important.

We’ll also explore the impact of the Black Lives Matter movement in 2020, and how far we’ve come since then. Finally, we’ll take a look at some of the steps we’ve taken here at FutureLearn in response to the protests and conversations that have been occurring over the last 2 years.

What is black history month?

In the US, Black History Month is a time for people to educate themselves about the history, culture, legacy, accomplishments and contributions of black Americans and other people of African descent. It’s a time for reflecting on the past, taking stock of the present, and looking to the future.

Why is black history month important?

To begin with, BHM was a time for students and young people to learn about important black and African American figures. Many of these people made significant contributions to the country yet were a forgotten or neglected part of history.

As the observance has grown and developed, so too has the emphasis. As well as honouring black historical figures, it’s now a time for recognising the accomplishments of black leaders and communities. It’s also a time for people to understand and recommit to objectives such as racial justice, as well as learn about present obstacles we need to overcome.

When did black history month start?

The history of Black History Month goes back as far as 1917, and began with a man named Carter G. Woodson. A graduate of the University of Chicago, Woodson founded the Association for the Study of Negro Life and History (ASNLH) after being inspired by a celebration of the fiftieth anniversary of emancipation.

After several years of creating events and performing outreach across various communities, Woodson decided it was time for a larger-scale celebration. The Association for the Study of African American Life and History (ASALH), as it would go on to be known, sponsored ‘National Negro Week’ in February 1926.

Why is Black History Month in February? Well, it lines up with the birthdays of Abraham Lincoln and Frederick Douglass, two men who played a significant role in shaping black history.

Woodson continued to help grow the weekly celebration, as well as build awareness of black history in schools and communities across the country. Woodson died in 1950, but his legacy was already evident. By the 1960s, Black History Month was being celebrated across the country. Since the mid-1970s, every president of the US has endorsed the yearly themes set out by the ASALH.

During Black History Month, as well as throughout the year, it’s important to remind ourselves of the current landscape around issues such as racism and diversity.

Despite coming to international prominence in 2020, the Black Lives Matter movement was founded back in 2013 after the killing of teenager Trayvon Martin in Sanford, Florida. February 5th this year would’ve marked Trayvon’s 27th birthday.

Since its conception, the BLM movement has changed the debate around issues such as systemic racism and police brutality.

After the murders of Breonna Taylor in March and George Floyd in May 2020, Black Lives Matter protests took place around the world. The movement’s impact has been seen on a global scale, mobilising people from a diverse range of backgrounds, and bringing the conversation of racial injustice to the forefront. This extraordinary movement represents the biggest set of civil rights demonstrations in history. So where are things at nearly 2 years later?

There have been a number of changes, reforms, and outcomes from the BLM campaign. In the US alone, laws and police departments have seen change, with new policies in place. Many divisive relics, such as flags and statues, have been removed, both in US states and overseas.

Across areas such as education, sports leagues, and pop culture, we’ve seen some positive changes. However, there is still a long way to go, and the message of BHM remains as strong and meaningful as ever.

The Black Lives Matter movement was nominated for the 2021 Nobel peace prize, and in April 2021, police officer Derek Chauvin was found guilty of murdering George Floyd. This was considered a turning point in US history, offering hope that white officers might stop getting away with police brutality.

However, in November 2021, 17-year-old Kyle Rittenhouse raised concerns about white supremacy in young men when he fatally shot two protestors at BLM demonstrations. After being found not guilty on all counts, and even appearing on a US late-night show, it was made clear that there is still huge hypocrisy when it comes to the self-defence of white people compared to black people.

In more positive news, on January 7th 2022, the three men who killed Ahmaud Arbery in cold blood were sentenced to life in prison – this was another case where people feared that the defendants could get away with murder by falsely proclaiming self-defence.

FutureLearn’s response to the BLM campaign

Back in June 2020, we made a commitment to address racial inequality through education. Since then, we’ve worked hard to make progress on this front. As well as gathering together resources to help you understand and get involved with the Black Lives Matter movement, we’ve also worked on our diversity and inclusion strategy.

We also launched a £50,000 access fund to help our new and existing partners produce courses that relate directly to black history, systemic racism and racial inequality. Through this fund, we’ve already added several courses to our portfolio on a range of important topics.

These include the importance of decolonising education, how technology can help to solve inequality through education, how black performance can be a form of social protest, and how studying black history and US anti-black racism can help people build resilience to fight prejudice.

We’re working hard to support black voices and academics on our platform, looking to add a wider and more varied selection of courses on black history and culture.

These steps represent a start, but we recognise there is a lot more we can do. The commitments we’ve made to champion diversity within our organisation and the wider EdTech sector are helping us build a fairer and more inclusive approach to education.

Black History Month is about more than just one month a year of championing black icons and pioneers. It’s about making sure that black history is recognised and celebrated as the integral part of history that it is. It is not just a seasonal event, but year-round in our curriculums and institutions.