Explore resources – from petitions to books and courses – to help you get involved in the Black Lives Matter movement, and educated about the history of black oppression. 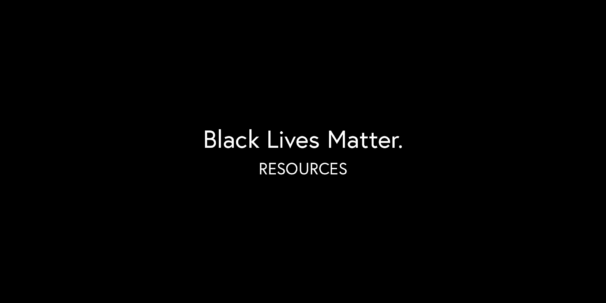 In recent weeks, protests have erupted across the globe in response to the killing of George Floyd by four police officers in Minneapolis, USA. The death of Floyd acted as a tipping point for centuries of pent-up anger at systemic injustice and racism to boil over, not just in America but across the world.

What started as a movement protesting police brutality in the States has evolved into a global reckoning with white privilege, racism, and colonialism.

FutureLearn stands with our black colleagues and learners. We are striving to make ourselves more inclusive and diverse, as well as to host more courses on black liberation, and improve black access to education. Read our CEO Simon Nelson’s statement.

For black people globally, this has been yet another emotional and traumatic time – both due to systemic oppression finally being surfaced and seeing institutions and colleagues trying (and often failing) to belatedly grapple with the issue.

There are resources out there that can help black learners feel supported – and non-black learners to become better allies. We’ve collected some of the most useful below.

This is largely due to a legacy of institutional racism and oppression that leaves many black people not only locked out of economic systems – but also adequate healthcare.

Donating to causes fighting to help improve the lives of black people in the community – as well as in the penal system – is a good way to contribute.

If you’re unable to donate, signing a petition might be the next best thing. We’ve highlighted petitions calling for justice for George Floyd, Breonna Taylor (murdered by a police officer in her sleep in Louisville), and Belly Mujinga, a transport worker who died of COVID-19 after being spat at in London.

Black Lives Matter also collect new petitions on their site. Read the BLM statement on George Floyd and why black people have a right to not live in fear.

This book on the reality of structural racism in Britain has shot to the top of the best-seller charts  – making Eddo-Lodge the first black author to top the charts in the UK.

Natives: Race and Class in the Ruins of Empire by Akala

Between The World And Me by Ta-Nehisi Coates

Author Coates explores American racism in the form of a letter to his 14-year-old son.

A groundbreaking exploration of the intersection of related oppressions – how the system works to keep down women, blacks, and workers, all at once.

Unapologetic: A Black, Queer, and Feminist Mandate for Radical Movements by Charlene Carruthers

In this documentary, director DuVernay contends that slavery in the United States was replaced by systemic oppression of black people – through the prison system, the war on drugs, and longstanding police and public violence.

A collection of news footage – shot in the late 1960s and early 70s by Swedish national television – that acts as a unique portrait of the black activists at the forefront of the radical civil rights movement. Featuring interviews with Angela Davis, Stokely Carmichael, and Huey P. Newton.

I Am Not Your Negro by Raoul Peck

Unconscious bias is as much a factor in discrimination as overt racism. On this course, you can learn to tackle ethnocentric mindsets and create inclusive environments.

Cultural Diversity and the City from the European University Institute

This course explores the importance of racial and cultural diversity in shaping the identity of a thriving city.

Empire: the Controversies of British Imperialism from the University of Exeter

The University of Exeter’s short, free course examines the British Empire, including how it exploited race, religion, and propaganda to hold sway over a third of the Earth’s population.