Category: Finance, Tech, What is

Category: Finance, Tech, What is

The money we use is going digital. Here, we look at the various kinds of digital currency available, and what distinguishes them. 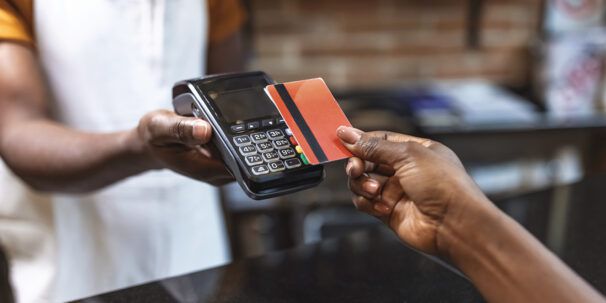 Just about everything these days has a digital equivalent, and currency is no exception. Zeros and ones are capable of representing and transmitting wealth in ways that traditional methods can’t rival.

Digital currencies are quick, lightweight, and increasingly convenient. But what does the future hold for this form of currency, and is it likely to displace the more traditional varieties?

What is the definition of digital currency?

Digital currency is a kind of money that’s available only in digital form. It might be stored in a centralised database, or on a decentralised ledger or blockchain.

Digital currencies can be lumped into three categories. Strictly speaking, there’s a little bit of overlap between them – but if you can understand all three, then you’re most of the way toward understanding how digital currencies work.

The term ‘virtual currency’ came about in 2012 when the EU defined it. It’s essentially money that’s been issued by a private organisation for a particular use online. Virtual currencies can be closed or open.

Closed virtual currencies are restricted to a particular system, like the money you might spend in an online role-playing game, like gold in World of Warcraft. Open currencies can be exchanged for other currencies outside of a given platform. Cryptocurrencies would be included here.

The Bank of England is considering setting one up, but it’s especially keen that we don’t call it ‘Britcoin’, because it sounds too similar to Bitcoin. While the value of a crypto asset like Bitcoin is inherently volatile (meaning that its value can change dramatically in ways that are difficult to predict), a CBDC would have the advantage of being more dependable.

Consequently, you might actually be able to use it as a store of value, in the same way that you use sterling. In fact, in the case of the proposed CBDC in the UK, the value of the currency would actually be tied to the value of sterling. As a consequence, the cash in your pocket would always be worth the same as its digital equivalent.

How does CBDC work?

You might wonder how this is different from the cash that you already store digitally in your bank account. Well, the Bank of England already produces digital currency in the form of reserves. But these are only accessible by high street banks and financial organisations.

The money in your current account isn’t actually digital money at all — but rather a fancy IOU that the bank has written to you. This carries risk. What if the bank is unable to honour the debt when you go to take your money out?

The major difference that a CBDC introduces is that every unit of cash stored in this way will be assigned a unique identifying code. So banks will no longer be able to say “we owe you a pound”; instead, they’ll say “we owe you this particular pound”.

CBDC is a form of fiat currency, in that it’s not backed by gold or any other physical commodity, but by the say-so of the issuing authority. Those looking to learn more about the rise of currencies, fiat and digital, might look at our explainer open step by the University of Michigan.

A ‘crypto’ currency is one that makes use of an encrypted ledger. Rather than relying on a central authority to secure transactions, crypto users prefer mathematical algorithms. The way that this works takes some time to get your head around, but it’s worth the effort, as this stuff may well represent the future of commerce.

Cryptocurrencies are defined by the cryptography — the encryption used to create the currency — rather than their digital nature. The first coin of this type was Bitcoin, but many others have since emerged (most of which have collapsed).

Our What is cryptocurrency? open step provides an overview of bitcoin and other related currencies. If you’d like a broader understanding of the subject, and what the various altcoins are actually about, then our Beyond Bitcoin Teach-Out from the University of Michigan is a great place to start.

There are also two open steps from the course that you might want to draw your attention to, namely: How to Buy and Sell Cryptocurrencies and The Landscape of Cryptocurrency.

Bitcoin is a good place to start learning about crypto, as many of the alternatives share at least some of the features of the original cryptocurrency. You can learn more about it from the University of Michigan in our video below. This was taken from their What Is Bitcoin and How Is the Blockchain Implemented? open step.

Currencies like Bitcoin are fungible tokens. This means that each bitcoin is the same as any other bitcoin. They’re not to be confused with Non-fungible Tokens, or NFTs, which can be used to prove ownership of particular assets, like works of art. We’ve written about NFTs and how they work, so go check it out if you’d like to learn more.

Blockchain is the technology that famously allows Bitcoin and other cryptocurrencies to operate. But this is just one use of the technology.

A blockchain is a form of distributed ledger or database. Whenever a change is made to the ledger, such as when you send money from one party to another, the change must be verified by multiple parties, preventing tampering. When everything is verified, the changes are recorded in blocks, which are appended to the end of a chain of them.

The ledger is distributed across many users and checked regularly to ensure that everyone has the same version. This effectively means that the transactions we record in the ledger are irreversible.

Our blog on understanding blockchain, cryptocurrency and bitcoin is a great place to dive deeper into this subject. Blockchain is also covered extensively in:

So, why exactly is there so much excitement and consternation around the world of cryptocurrency?

Making a lot of money

There are many practical reasons we might prefer cryptocurrency to other sorts of currency. Nevertheless, we shouldn’t ignore the major pull factor: money.

The value of crypto has seen some dramatic peaks and troughs in recent years, which is driving interest. Journalists, YouTubers and bloggers can be sure that a headline about the price of Bitcoin surging past £60,000 will generate clicks. Of course, this gold-rush culture doesn’t mean that cryptocurrencies aren’t extremely useful.

Since your ownership of your crypto coins is assured through mathematics, there’s no way that a government can seize them. If you’re making enemies in high places, you can be sure that your crypto isn’t about to be seized.

Certain types of cryptocurrency are designed with privacy in mind. Your bank won’t be able to see who you’re paying and by whom you’re being paid. Again, this is said to empower citizens.

Sending money across borders is inherently expensive. You have to go through a protracted bureaucratic process. The right cryptocurrency will eliminate this.

So, why might we prefer digital currency to the traditional, physical kind? There are a few benefits worth dwelling on, many of them being significant. Let’s run through them.

As you might well have heard, it’s illegal to deface or destroy your cash. But in the case of digital currency, this wouldn’t be a problem. We’d be able to do away with all of those expensive machines that print money, and we wouldn’t need to collect notes that are looking a little dog-eared — we can instead just fiddle with a computer program and achieve the same ends.

Cash can be stolen quite easily. While the same is true of digital currency, the nature of the theft is a little bit different. There’s no threat of physical violence hanging over the head of a cashier who doesn’t actually have much cash in the till.

When you pay for something, the transaction is actually facilitated by a whole host of third-parties, all of whom will seek to charge a form of economic rent. When you can pay a shopkeeper directly, the cost of everything gets pushed down. This principle is echoed across the financial sector, where hidden charges and processing costs are rife.

Since transactions can be made directly between people, they can be made much faster. In fact, they might even be instantaneous. No more waiting for the card machine to spit out a receipt when you come to settle up your restaurant bill.

There are a few obvious downsides to this switch. Some of them are practical, others are a little more philosophical and dystopian.

CBDCs have the potential to allow every pound you ever spend to be remotely monitored. This would ratchet the mass surveillance up a few notches, to put it mildly. Among the loudest advocates for this shift are Communist Party policymakers in China.

While there are no immediate plans to do away with cash entirely, the shift in that direction might well open a few troubling doorways. What’s stopping a government agency, or an insurer, from controlling what you can spend your money on, and where? The answer might soon be: not much.

Centralised digital currencies present a target for unscrupulous hackers. If an attacker manages to get into HSBC or Natwest and stops them from operating, then that’s bad — but it’s not quite as bad as an attacker getting into the central bank and bringing the whole system to a halt.

A digital currency would only be viable if it was widely accessible. It’s likely that you would literally need a smartphone to pay for the groceries. And what if you were trying to buy those groceries in an area with poor cellular data, and no 5G?

The emergence of digital currency, like that of driverless cars and the next Marvel movie, is just about inevitable. It’s likely to make life cheaper, easier and more convenient — but it will also present technical and ethical challenges which must be met.