Find out more
Home What is globalisation and how does it impact us?
Published on February 10th, 2022

Category: Current Issues, Finance, What is

Category: Current Issues, Finance, What is 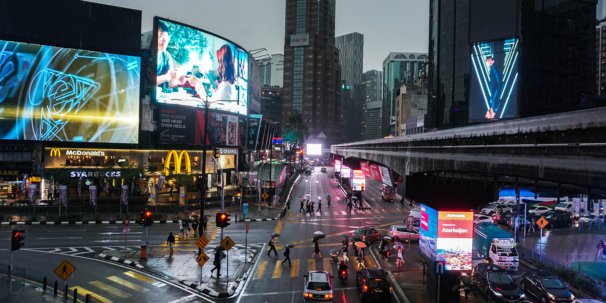 Globalisation has defined almost every aspect of our society’s growth over the past 100 years. We’ve got globalisation to thank for the availability of everyday items like avocados (cultural globalisation), annual events like Black Friday (globalisation of traditions), and even international cinema on Netflix (digital globalisation) – but what is globalisation? How does it impact our lives, and why is it so important?

We explore all of these questions and more, covering everything from the history of globalisation to the anti-globalisation movement. By the end of this article, you’ll know exactly how globalisation is influencing the world around us and why learning about globalisation is vital for anyone engaging with the modern world of business, culture, finance, politics, and economics.

By definition, globalisation is:

the process by which businesses or other organisations develop international influence or start operating on an international scale.

In simple terms, globalisation is the catch-all term for the process by which items and people move across borders. From goods and services to money and technology, globalisation promotes and speeds up how we move and exchange things across the world.

What is the history of globalisation?

From ancient trade routes to the formation of international organisations, the exchange of ideas and trade has, in one way or another, existed as long as us.

There is some debate about what stage in history we should call the beginning of globalisation. Some believe that globalisation has been around since human migratory routes were formed (as early as the 1st century BC). Certainly, humans have been trading goods forever, but when it comes to moving goods across borders, the creation of the Silk Road is widely acknowledged to be one of the earliest large-scale examples of globalisation.

The Silk Road was a trade route between China and Europe which saw Chinese goods being sold in Europe for the first time. From spices to silk, early global trade routes thrived over land and sea into the 14th century, but it was at the end of the 15th century when global trade truly took off in the Age of Discovery.

During this time, European explorers linked the East and West and discovered the Americas, and now common-place foods like potatoes, tomatoes, coffee, and chocolate became available in Europe.

Whilst these early examples certainly introduced the world to global trade, it is the Industrial Revolution that historians truly regard as the beginning of globalisation as we know it today.

The Industrial Revolution and Globalisation

Steamships and trains made the trading of goods faster, and technological advancements meant during the Industrial Revolution, Britain were making textile, iron and manufactured goods that were in-demand all over the world. After the World Wars, many countries wanted to remove long standing trade barriers and encourage free trade, as well as set up global organisations.

Today, technology and economic policy has further reduced the barriers permitting the free flow of goods, services, and capital. You can learn more about the changes in the meaning of the term ‘globalisation’ throughout history in our course on how politics works from the University of Kent.

What are the different types of globalisation?

Despite the common understanding of globalisation as a solely economic or financial concept, globalisation relates to our lives in a wide variety of ways. Ideas and traditions from around the world are traded as cultural globalisation, and we fly from country to country freely due to geographical globalisation.

Globalisation is more than just the global exchange of money, technology and goods. Below are some examples of different types of globalisation.

The ongoing development of processes, seizing of opportunities, and solving of the challenges of economic activity around the world. Examples include the spread of capitalism, an increase in market trading and exports, and the forming of global economic policies.

The sharing and trading of cultural beliefs, traditions, and ideas. Examples of this include the rise of K-Pop (Korean pop music).

The rise in global financial systems and the exchanging of money globally. Examples include the global stock market, which relies on the economy as a whole and where a decline in one market has a knock-on effect on others.

The ever-changing organisation of different regions and countries around the world. Examples include the sharing of visas between certain countries which enable people to work, live, and travel easily in countries other than their own.

Refers to the growing movement towards seeing the Earth (and its upkeep) as a single entity of which we must all be responsible. Examples include the COP26 summit which saw countries from around the world come together to tackle climate change as one global team.

Why is globalisation important?

As we’ve covered, globalisation is inevitable in our increasingly connected world. If we want to make the most of global resources by sharing wealth, ideas, and knowledge, then globalisation is key.

To go into more detail, check some opinions on globalisation, and our course from the University of Bristol on global citizenship.

The benefits of globalisation

Globalisation has far-ranging benefits in many industries and areas. Some of these benefits include:

In turn, this has led to strong global economic growth and contributed to the acceleration of the industrial development that has given us the advanced technologies and commodities we now can’t imagine living without.

Similarly, the simplification of global financial regulations has made it easier for the world’s key financial players to exchange capital. This has led to a healthy, global financial market with international contracts and exchanges at a consistently high level.

Aside from economics and finance, globalisation has seen the movement of people across borders increase exponentially. We now think nothing of flying across the world for business or pleasure. Be it migration, expatriation, or travelling, the intermingling of people from across our planet has undoubtedly led to hugely important exchanges of culture.

This international tourism can help local economies, improve job prospects for individuals, and create all kinds of opportunities to explore the world.

As well as new customs, clothing, beliefs, and perspectives, with new people comes new tastes. Food like coffee, avocados, and bananas are now consumed all over the world, despite being native to tropical temperatures.

Additionally, cultural exchange in the forms of books, television, and film has been accelerated with the technological advancements of the 21st century. The internet is connecting us in a way we’ve never seen before. In 2021, someone in the US can load the latest episode of an Icelandic television programme minutes after it airs, without having to leave their home.

The negative impact of globalisation

Whilst the benefits of globalisation are plain to see, with great power, comes great responsibility. Globalisation is complex, and its influence on our world isn’t always positive.

Why is globalisation bad?

While the economic impact of globalisation can be seen as a benefit for all, many argue that it operates in the interests of the world’s richest countries. Income inequality, trade that benefits parties disproportionately, and the unequal distribution of wealth, are just a few of the criticisms against some of the countries leading the way in globalisation.

The inequality gap is exemplified by Oxfam’s recent study, which found that the world’s richest 1% have over twice as much wealth as the other 6.9 billion people on earth. So while globalisation increases our collective global wealth, many argue that most of the shared profits are fed back into the pockets of those who already have the most.

The aforementioned opening up of the world by air and sea, whilst enabling us to gain new perspectives and explore new cultures, has had an undoubtedly negative impact on our planet. The emissions created by travel have contributed to global warming, an increase in greenhouse gases, and high levels of air pollution.

While globalisation has accelerated industrial production, the consequences on the environment are plain to see. Deforestation and the depletion of natural resources has had huge consequences for global ecosystems and biodiversity. The production of single-use materials like plastic has also contributed to problems with waste disposal and increased pollution around the world.

Globalisation also leads to a redistribution of jobs and commerce. For example, the UK was once a steel producing powerhouse. This fueled the national economy, providing jobs for thousands of people. Globalisation has led to UK manufacturers shutting down, as they are unable to compete with the low priced steel provided by China. This leads to job losses in the UK and raises questions over the regulations and low wages being offered to workers in China.

As well as the sustainable and economic challenges, many argue that cultural globalisation will lead to the forming of a homogenous ‘super-culture’. Without unique cultural attributes that define nations, could some valuable parts of global culture be lost forever?

Anti-globalisation activists hold protests against everything from third-world debt and capitalism to child labour, believing that the nature of globalisation helps the world become less accountable for its actions.

As former US president, Barack Obama, put it:

“No generation has had the opportunity, as we now have, to build a global economy that leaves no-one behind. It is a wonderful opportunity, but also a profound responsibility.”

If we wish to thrive as one world, globalisation has to work for and benefit everyone. Whilst there is some inevitability in the increased global connectedness of our world in all sectors, it’s vital that the risks and challenges that come along with globalisation are not ignored.

So what can you do to tackle the challenges of globalisation today? Staying informed, engaged, and up-to-date with the latest types of globalisation and forming your own opinions on its place in society today will enable you to play your part in holding others to account.

Whether you’re interested in globalisation in business, finance, politics, health or the environment, join a globalisation course today to find out more.