This article tells the story of the Hohenrein family during WW1.
© University of Hull

We can explore the experience of Germanophobia in wartime Britain through the personal stories of the Hohenrein family. George Hohenrein moved to Hull from Germany in 1848, took British citizenship, and built a business as a pork butcher in the city. He had two premises, one on Waterworks Street and the other on Princes Avenue. He had two sons, the eldest William, married a German woman and moved there in 1907 when she fell ill. His younger brother, Charles, then took over the family business and married a girl from Hull, Lily Westwood. Charles served in the East Riding of Yorkshire Imperial Yeomanry, part of the Territorial Army, in 1908, but was later given exemption from service during the war.

When the war broke out, William was interned in Germany as a British national, meanwhile Charles was subject to personal threats to himself and his business for being ‘German’. He closed his businesses for the duration of the war and changed his surname from Hohenrein to Ross.

Read these letters sent to the Hohenreins in 1915. 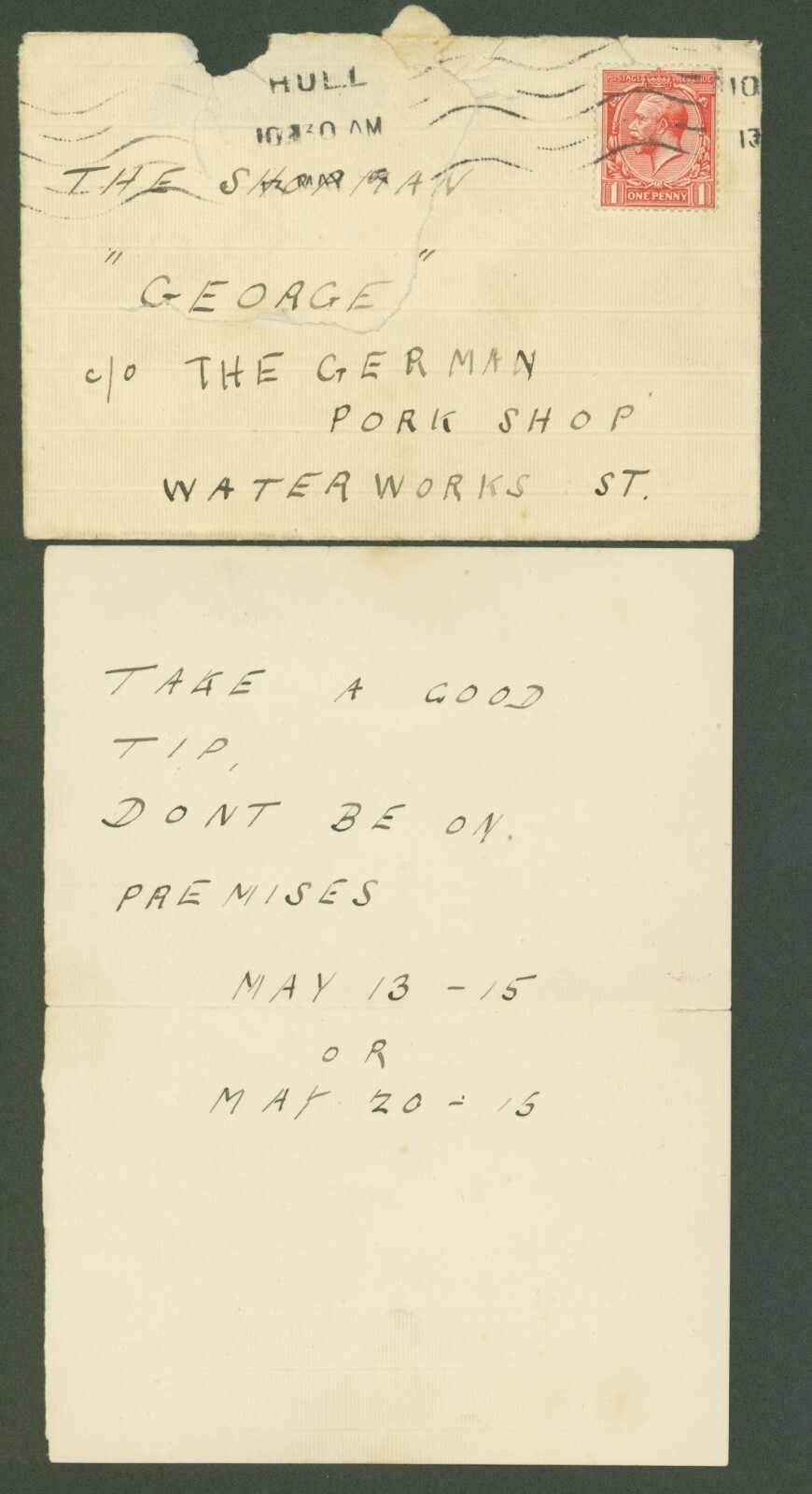 Text of the letter:

12/5/15
Dear Sir,
I hope you got my last letter and I hope you have taken notice of it as your shop is going to be broken up on 11 [indecipherable symbols]. I dare not let you know too much as I would be found I would have to suffer. The reason I have taken an interest in warning you is because when I was a boy your parents or those who kept your shop were very good to me many a time when I was hungry and needed bread. So you see I wish you no harm in any way. Your shop is not the only shop but there are others and I am only warning you. And I shall have to carry out my work when I am ordered by my Chief the captain. Sir if you will put a letter in the Daily mail I will know you have got my letters. I do not mean a bold one but one of a mild kind.
The reason of is to av_____
LUSITANIA
Friendship 2nd.

All images from the papers of the Hohenrein family held by the Hull History Centre.