The Evolution of Planning in Africa and Sierra Leone

Article on history of planning in Africa and Freetown, Sierra Leone by Andrea Rigon and Joseph Macarthy 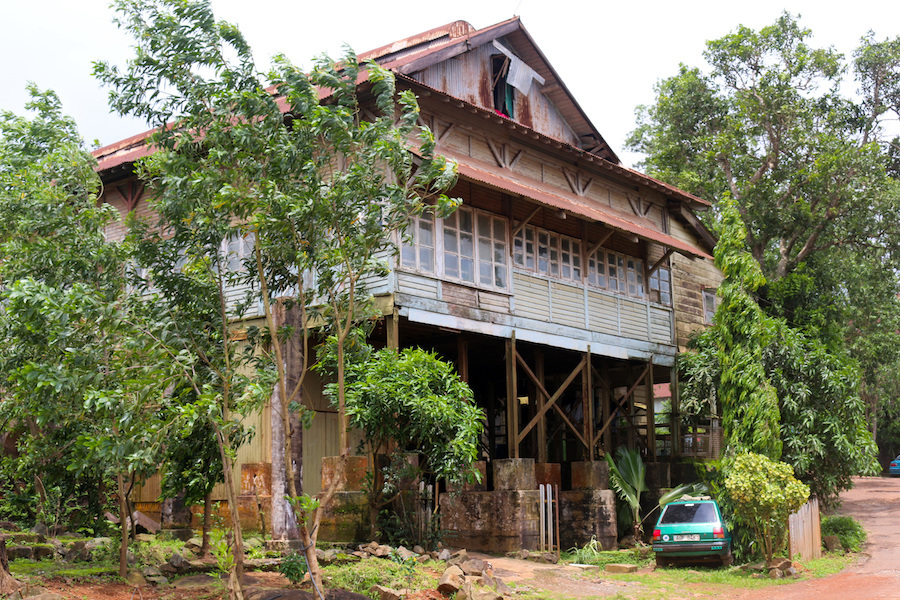 by Andrea Rigon and Joseph Macarthy

In Africa, several great cities and towns (e.g. Timbuktu, Ife etc.) had arisen and fallen long before the arrival of foreign influences on the continent. Pre-colonial African settlement patterns were curved, non-rectangular, with a strong sense of enclosure. The circular spatial arrangement of dwellings and the layout of the settlements is typical of indigenous urban planning practices in precolonial Africa (Muller, 1993).

Modern-day planning in Africa can be traced to its colonial roots. As such, planning was introduced from the perspective of countries that had relatively high levels of urbanization, and with clear vested interests in the extraction and control over the continent’s natural resources. Many African cities are still overcoming this legacy of colonial spatial structure and planning regulations (Watson, 2014a). In particular, planning practices instituted at this time jump-started processes of socio-spatial segregation, which can continue to be seen in the present day in several key ways.

Firstly, is the legacy of the underlying focus of colonial-era planning, which was largely aimed at controlling the development of settlements, land use management and the construction of buildings in the colonies. For instance, in many British colonies, policies discouraged the large-scale provision of public housing in order to contain rural to urban migration (K’Akumu & Olima, 2007), and in which unemployed Africans were repatriated back to their places (villages) of origin. Moreover, access to the city was restricted by the colonial government, which provided accommodation solely for individual workers, excluding their families. According to Stern (1978), such policies were aimed at keeping the number of Africans low in order to ensure adequate public health and prevent the diffusion of infectious diseases. Other historians have argued that the containment of the size of the urban population was purposely designed in order to maintain a subsidised living standard for those living in the city and to avoid rebellions in the capital, the most vulnerable location of the colonial administration. This was possible only if the number of people attracted by the benefits of such subsidies did not continually increase (Berman, 1990). Thus such policies inherently set the pattern of exclusion, in which certain types of people were legally excluded from urban living.

Also critical to the spatial development of colonial African cities was the policy of racial segregation adopted by the British colonial state. In Nairobi (Kenya’s capital), for instance, this policy was formalised in the 1948 Master Plan, which divided the city into different racial residential areas for Africans, Asians, and Europeans. Likewise, from the 1920s onwards, in some areas of Nairobi, the colonial administration granted Temporary Occupancy Licenses as a way to prevent Africans from owning land permanently. Licensees were allowed to build temporary housing, which contributed to the development of informal settlements.

After independence, countries such as Kenya, Namibia, Zimbabwe, and many others saw this racial spatial segregation transform into socio-economic residential segregation (K’Akumu and Olima, 2007; UN-Habitat, 2010: 26). This occurred as the wave of post-independence urbanisation took place on the basis of these pre-existing patterns of segregation, which often were exacerbated as cities grew in size.

Today, the spatial inequality and segregation of African cities is an urban form which hides the poor, who often live on small marginal lands. In Nairobi, for instance, 55% of the population resides on less than 5% of the land where they do not have secure tenure (Syagga, 2011: 105). Such spatial inequality and segregation transform cities into archipelagos of intertwined unequal islands where different groups of residents do not meet.

Finally, another key issue which continues to influence modern-day planning is the building codes and regulations inherited from colonial times. For example, Kenyan construction by-laws come from the British, who exported their regulations without adapting them to Kenya’s culture, climate, resources, and level of economic development (Tuts, 1996: 608). The inherited building codes therefore obligated social housing projects to conform with middle-class standards and prices, rather than being tailored specifically to lower-income residents and their ability to pay.

What is clear from these three factors is that the planning systems of many African cities, which are often permeated by colonial regulations, are inadequate for the reality and pace of urban transformations. Today there is an increasing recognition that urban planning and regulations should be adapted to the level of development and institutional capacities of a country, and that construction standards should be set “more realistically in order to facilitate rather than restrict the creation of housing and livelihoods” (UN-Habitat, 2010: 2). Despite this, some planners are committed to these systems and refuse to see urbanisation as a positive process to be managed differently.

The great diversity of urban realities in Africa makes it difficult to generalise. The diversity of histories and cultures, during both the pre-colonial and colonial periods, have shaped today’s development and planning practices. Different colonial histories brought in a range of different planning systems and these intertwined with customary practices. These fusions have generated a variety of post-colonial hybrid models in which the modern state bureaucracy and traditional authorities coexist, particularly in the area of land administration.

The complexity of current arrangements requires specific responses to the distinctiveness of existing planning practices. This implies a focus on understanding existing political settlements in cities, which are “the formal and informal processes, agreements, and practices that help consolidate politics, rather than violence, as a means for dealing with disagreements about interests, ideas and the distribution and use of power” (Laws and Leftwich, 2014: 1). New policies and practices may disrupt existing settlements, so identifying management and planning responses requires exercising political sensitivity and negotiating with all of the local actors involved.

“Modern” town planning in Freetown is only traced from the inception of the British colonial government in Sierra Leone, particularly after the enactment of the Town and Country Planning Ordinance of 1903. Before the colonization of Sierra Leone, there was no known area with a high enough human settlement concentration to be classified as ‘urban’.

As such, it was only with the establishment of the Freetown colony that an urban unit emerged. In Freetown, the Town and Country Planning Ordinance and the subsequent Town and Country Planning Act (1946) gave specific and broad outlines on how Freetown should develop. Following the pattern identified above in other African cities, the population of the Freetown urban centre was predominantly made up of the colonialists, and some members of the indigenous population who were involved in white collar work to support the colonial administration (Ogu 2007).

Apart from seeking to make Freetown a core administrative centre, the orderly and efficient layout of the city was a clear goal which underpinned the practice and thinking of British colonial planning. This was undertaken in line with the idea of fashioning an orderly, healthy alternative to the large cities in Britain. This concern manifested in certain spatial patterns. For instance, for colonialist residents, a higher altitude was associated with cooler weather, which was in turn associated with good health. On the other hand, lower elevation was associated with warm or hot weather, which was seen as generating decomposition and hence disease. In practice, this meant that colonial administrators tended to reside in the hills of Freetown, coming down to the central business district during the day for their work. From the outset, this de facto created a segregated city, with white settlers living separately from the indigenous population.

The colonial and recent development patterns have resulted in a number of critical challenges for urban planning in Freetown, including unequal development with growing urban inequalities; inadequate infrastructure provision to accommodate urban growth; obsolete plans and laws; and insufficient and inadequately trained planning staff and other resource limitations.