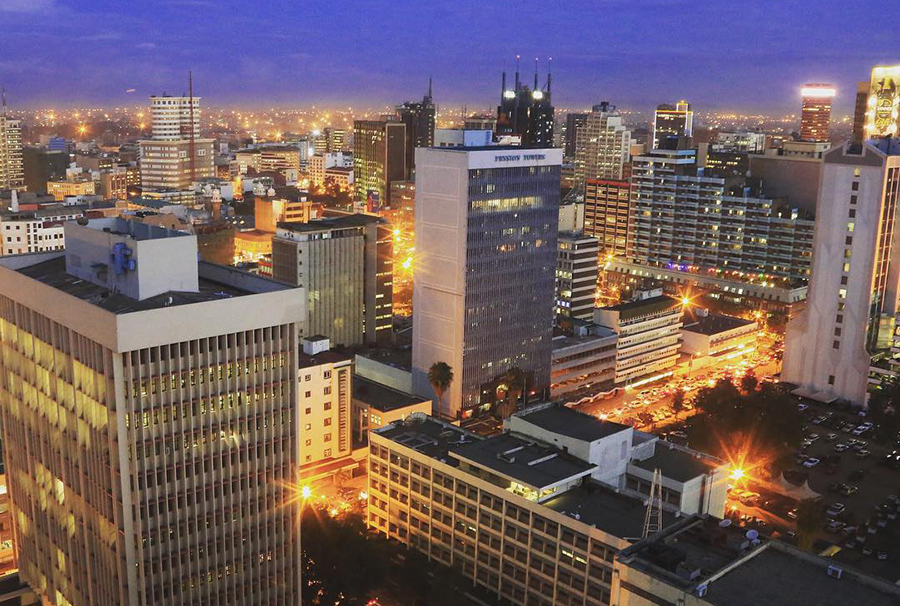 This is a picture of the central business district of Nairobi. 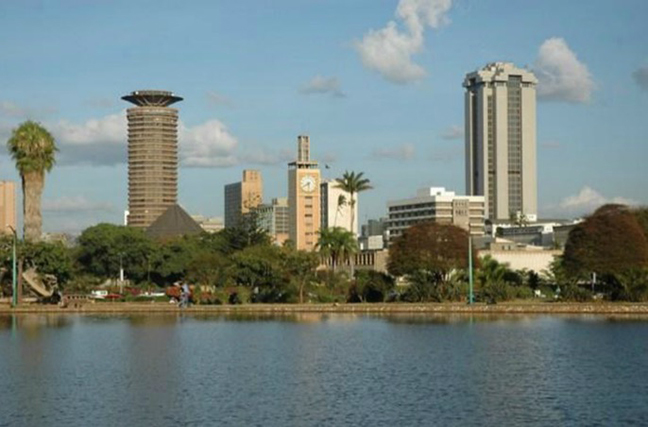 and these are some pictures of Nairobi’s informal settlements or slums*. 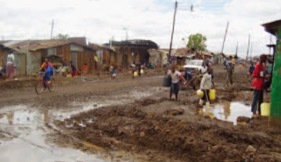 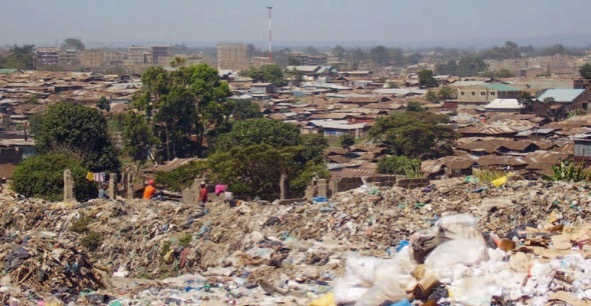 This is an aerial view of one of Africa’s largest informal settlements: Kibera. Hundreds of thousands of people live crammed together with limited access to basic services. The railway can be seen drawing a border with a golf course for the very rich. This picture is a clear example of spatial injustice. 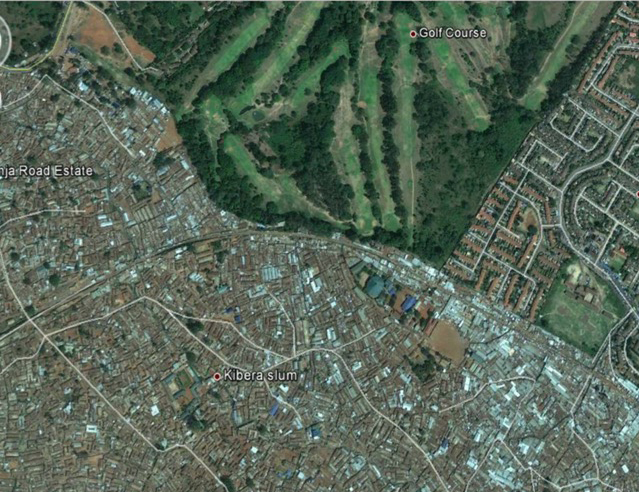 In Nairobi, 10% of residents use two-thirds of the land, while 60% live in slums in less than 5% of the land. The unequal allocation of land is the key political issue of Kenya, which has its roots in colonial policies of dispossession and racial segregation as discussed earlier in the article on the evolution of planning.

Such geography of spatial injustice cannot be addressed exclusively by localised interventions to upgrade informal settlements on their current land. However, many efforts have focused on just this – looking at how to make this 5% (often located on the worst land of the city) habitable, rather than developing a city-wide strategy to address the housing needs of the large majority of low-income residents. In Nairobi, for example, the scale of spatial injustice requires addressing its causes (the urban processes, in Edward Soja’s terms), which includes a non-functioning land market, chronic shortage of housing, the middle-class appropriation of projects meant for the poor, and the use of informal settlements as a reservoir of votes by politicians. All of these issues have their origins outside of the informal settlements, and thus an approach that only looks inside of informal settlements will not solve the issue.

When these localised projects to upgrade informal settlements (slum-upgrading) are implemented, it is important to consider issues of diversity within the settlement. Many urban interventions in informal settlements assume all residents have similar needs and aspirations. However, these neighbourhoods are some of the most unequal settlements. For example, not all residents are poor, and there are great economic differences amongst residents living in the same neighbourhood. Moreover, economic inequality also builds upon and intersects with other dimensions of diversity. These different dimensions must also be taken into consideration, for example: gender, class, race and ethnicity, citizenship status, age, ability, and sexuality. This is critical to acknowledge, as all interventions can create winners and losers, and we need to consider the diversity of residents in order to plan interventions.

For example, Korogocho was an informal settlement in Nairobi built on public land. The government planned to provide infrastructure and security of tenure to the residents. However, a key social division in the settlement is between tenants (over 80% of the residents) and structure owners (people who own the precarious dwellings which they rent out to tenants, though they do not own the land). The government established a committee of residents to decide on the allocation of land. The criteria set for the committee involved a specific dimension of people’s identity, thereby guaranteeing a representative from the ‘categories’ of: the elderly, women, and youth. While this helped safeguard positions for certain identities, this simplified understanding of diversity failed to take into account the division between tenants and structure-owners. As structure owners were in an economically more powerful position, they were able to capture the large majority in this important committee, despite being in the minority of Korogocho residents.

The attempt to create spaces for residents’ participation in key planning decisions is very important. However, when this is implemented without a social diversity lens, and with the assumption of a harmonious or united community, this risks consolidating the power of specific elite interests. The danger is when this is portrayed as ‘community’ interest, with potentially negative outcomes for specific groups.

*While we use both the terms slum and informal settlement in this course we are aware that there is a contentious politics built around these terms. The term “slum” usually has derogatory connotations and thus its use can imply that a settlement needs replacement, or can legitimise the eviction of its residents. However, sometimes it is a difficult term to avoid. First, some networks of informal neighbourhood organizations choose to identify themselves with a positive use of the term ‘slum’ – with the political aims of neutralizing negative connotations and re-appropriating the term, fostering the sense of ‘slum dwellers’ as a collective identity, and appealing to international human rights legislation which refers to slum dwellers. One of the most successful of such networks is Slum Dwellers International, which works through a wider federation of national networks, and which is also very active in Freetown. The input of their members is crucial to this course.

Second, it is also used in UN documents, other policy texts, and the majority of academic work, especially in Sub-Saharan Africa, where it does not have a pejorative meaning. For example, the only global estimates for housing deficiencies, collected by the United Nations, are for what they term “slums”. While certain academics would discourage the use of this term (Gilbert, 2007) and criticise the increased use of the term in development studies, we think it is possible to employ it without reproducing discredited ‘myths’ about the urban poor.