Freetown challenges the categorisation formal and informal, in this article about urban planning in Sierra Leone. 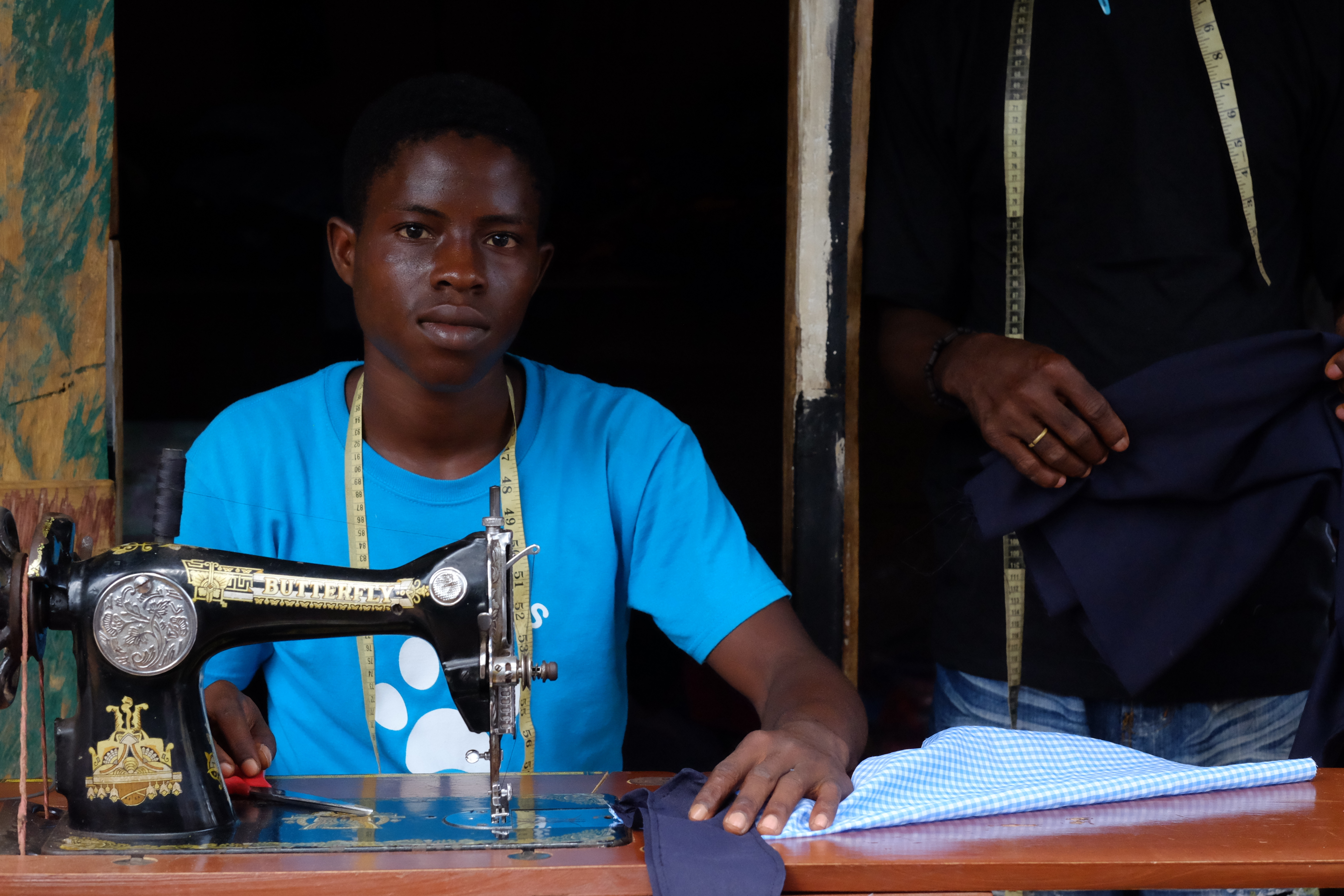 Freetown challenges the categorisation formal and informal, and “informality” is the dominant urban form.

Taking the international definitions of informal settlements as those unplanned areas which are not in compliance with planning and building regulations, Freetown would be considered almost entirely informal.

In the 2014 Millennium Development Goals Indicator Report (United Nations Statistics Division, 2015), it was estimated that 75.6% of the total urban population in Sierra Leone resides in areas classified as slums. This is defined by the UN as urban settlements with at least some of the following features: a lack of formal recognition of the settlement and its residents by the local government; the absence of secure tenure for residents; inadequacies in provision for infrastructure and services; overcrowded and sub-standard dwellings; and location on land less than suitable for occupation (UN-Habitat, 2003).

Looking closely at this definition, and particularly in the context of Freetown, demonstrates that “informality” is not just a phenomenon of the poor. Taking a spatial perspective, for example, the last characteristic (living on land less than suitable for occupation) may be useful to understand the effects of the landslide of 2017 which killed a thousand people, including rich and poor households, who built their dwellings on land in a risk prone area.

Equally, regarding the economic dimension, the broad definition of informality would encompass most of the economy. While we reported some figures earlier, in the context of Sierra Leone, the high prevalence of self-employment and working for a family member makes up 87.7% of the labour force, and is a good proxy for informal employment.

As previously stated, while the categorisation of the informal and formal is problematic, in the context of Freetown it is difficult to avoid these categories as they are so embedded in policy discourses. Critically, they are often used as a “governmental tool” in order to label certain activities as undesirable, and therefore in need of evictions/demolitions.

In Freetown, evictions are typically justified either on the basis of the need to clear land to make space for infrastructure development (with land occupied by informal settlements normally the easiest to clear and the cheapest to acquire), or more directly with the rationale of informal settlements as intrinsically unruly or unsafe spaces, and a blight on city development (Bahn, 2009, 2016; Watson, 2009).

It is also worth noting that while rationales for the eviction of informal settlements are generally made on the basis of such ‘public interest’ arguments, the actual underlying motivations for the displacement of informal settlements (which are often on central city land with high potential value) may also relate to private interests in profit. In this way, evictions enable a process of real estate speculation, made possible by clearing the land of informal residents (at times in collusion the state), and justified in the name of public interest (Smith, 1996; Lees et al, 2016, Oliver-Smith 2010).

In Freetown, a further key rationale for eviction occurs when an area is deemed to be risk prone. However, this label is often applied to large areas without careful consideration of which areas might, in fact, be habitable with mitigation measures. A similar approach can be seen in the case of street vending and other “informal” economic activities which may be labelled as informal and a nuisance to the city, while other activities and localities (equally lacking in formal regulations) are considered “desirable” and not labelled as informal, as demonstrated in the case of the global clothes market, highlighted below.

The reality of Freetown challenges established notions about the informal. For example, large registered companies that import large volumes of second-hand clothes employ several informal workers, and sometimes import clothes “informally” through the use of family diaspora networks. Telecommunications companies sell their mobile credit through a widespread network of informal traders able to reach every corner of the city.

Moreover, the livelihoods sectors of informal settlement residents, often viewed as ‘local’, are in fact a part of complex global trade arrangements. In the informal settlement of Kroo Bay, there is a little harbour where small boats trade internationally with neighbouring Guinea. Imported second-hand clothes from all over the globe are sold locally through a complex system of traders who select them, adjust/improve them to fit with local fashion trends, and sell them to customers from the appropriate income group. Even people in the lowest paid livelihood sectors, such as manual labour and construction, are aware that the tools they buy come from China, and are thus conscious of their sector being part of an international process.

In research conducted by DPU and SLURC, we further blurred these distinctions between the formal and informal by demonstrating the contribution of informal settlement residents to the city. In order to do so, we mapped where residents bought their inputs and sold their products, demonstrating how the economic activities of informal settlement residents are connected with formal areas of the city and sectors of the economy. During our training, by analysing this map, civil servants and other urban professionals concluded that interventions negatively affecting these livelihoods sectors would undermine the city economy.

Similarly, we asked employees from government and other agencies to think about the everyday services they needed in order to have a good life and a productive work day. We then asked them to divide these services between the formal and informal. This immediately animated a lively discussion around the blurred lines between these definitions, and ended with the acknowledgment that what they typically defined as informal had been applied only to those activities which they had previously viewed as negative and to be curbed. This “everyday” understanding of urban informalities was very effective in shifting attitudes.

Reflect on your own answers at the beginning of this activity on what constitutes the informal and formal in your own daily activities. Has anything changed? Please share in the comments below if so.

Implications for our understanding of informality

As such, the notion that the informal is not rule-based, structured, and predictable – or that it is beyond the reach of official governance processes – is challenged by the examples given in this article. While most economic sectors lack state monitoring, the livelihoods activities of informal settlement residents have a highly complex social organisation of labour, with internal regulation processes, and mechanisms to deal with shocks and increases in demand. This challenges the idea that formality and informality are a part of clearly-defined and different spaces in the city.

Our research also demonstrates how inappropriate it is to frame informality as a practice of the poor, and formality as a practice of the rich (see for instance the landslide of 2017 mentioned above). Wealthy people have agreements with politicians and government officials to breach formal processes, for example, regarding land use and building permits. Similarly, established businesses may have a set of practices that do not follow official governance processes. It is important to state that activities “beyond the reach of official governance processes” does not necessarily mean these are areas where the government is not present. Instead, it includes arrangements with government officials who sometimes explicitly and sometimes tacitly authorise the development.

Most critically, this highlights the political nature of these labels:

“While this type of informality of the poor is criminalised, informality of the rich may be ignored or even incentivised. Some high-income developments are also informal from the point of view of planning regulations in that they are built without permits in areas that are not zoned for residential development, against the Master Plan, and often with infrastructure that does not align with city plans. Despite these infractions however, these developments are not criminalised. This double standard is based on dangerous discourses around the urban poor” (Rigon et al 2018, p. 421).