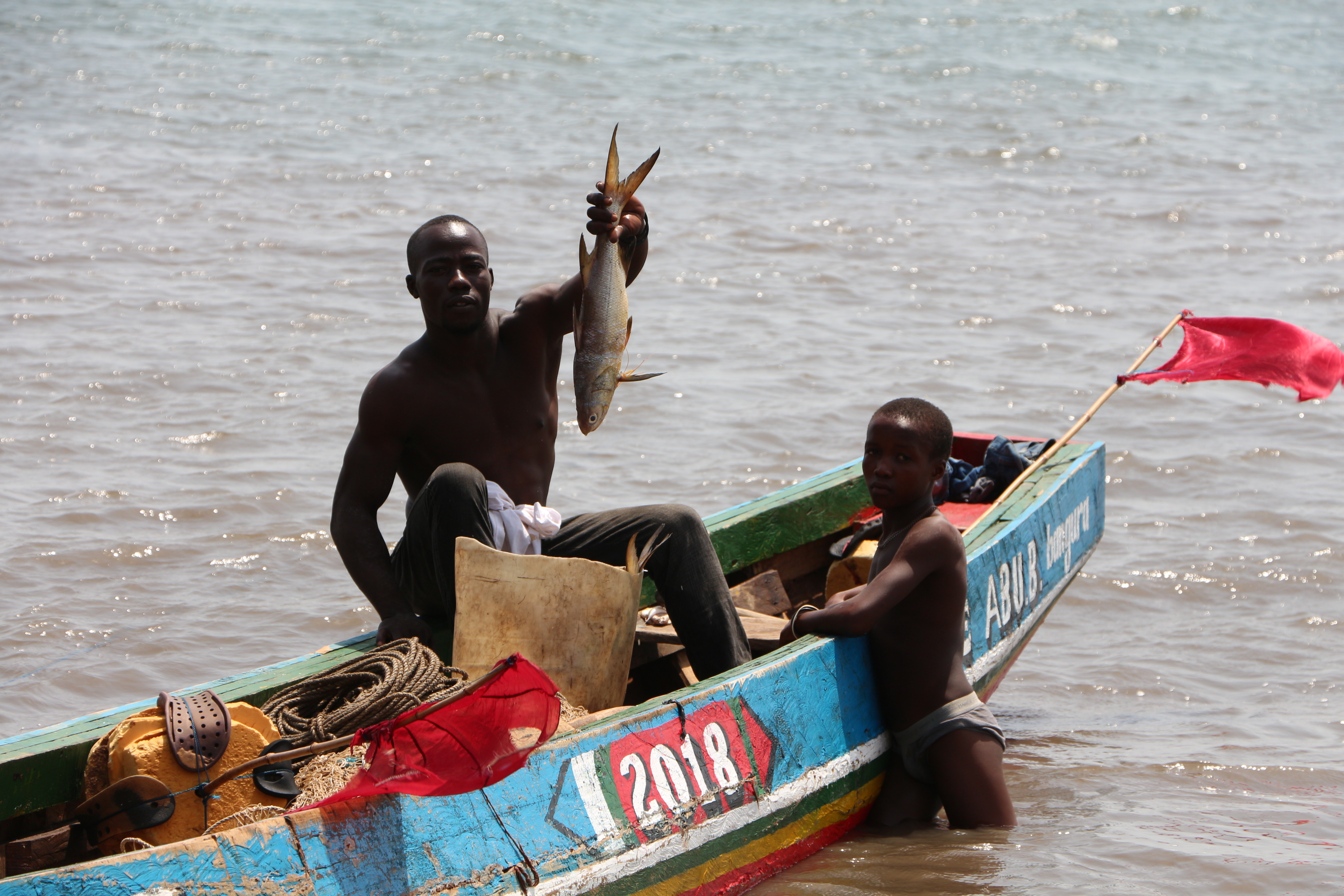 For increasing numbers of residents globally, the urban economy is about coping with erratic incomes, unreliable work, and unregulated working conditions. Formal economies typically absorb less than half the labour force. African and Asian cities hold increasingly young populations, but the prospects for what has been called a ‘lost generation’ in a state of ‘waithood’ are often bleak (Honwa, 2012; Jeffrey, 2010). People often have little choice but to live in precarious housing, amid patchwork infrastructures that make getting to work or sustaining livelihoods uncertain. What is the future of city economies in places where the state may be hostile to the poorest, or, even where the state is committed to poor neighbourhoods and groups, lacks the resources to enact meaningful change?

As AbdouMaliq Simone and Edgar Pieterse (2017) argue, the scale of informal economies has a knock-on effect on government tax bases. In Kampala, a city of 1.4 million people, the state raises an average of US$29.2 per person (compared with almost $15,000 per person in London). The public and private resources that do exist are too often channelled into largely middle-class aspirations for a certain kind of urban aesthetic and commodified economies, increasingly codified by a narrow set of logics and aesthetics around green, smart, compact urbanisms that rarely make space for poorer neighbourhoods.

Consider, for example, how the urban economy appears from the viewpoint of Namuwongo, an informal settlement in central Kampala. Namuwongo is an industrial zone of largely small-scale manufacturing. An estimated 15,000 people live in the area, with patchwork combinations of formal and informal infrastructures and services. Almost everyone here earns less than US$2 per day, youth unemployment is high, and people regularly move in and out of work, mainly in the informal economy, as domestic workers, street vendors, taxi drivers, cleaners, carpenters, small-scale manufacturers, market workers, or waste recyclers, retrieving and remaking broken or discarded objects in what Rosalind Fredericks (2018) calls a social economy of ‘salvage bricolage’.

The land economy has slowly grown, driven by several factors: housing densification and infrastructure development facilitated by alternative credit markets and salvage economies, the growing industrial area around the neighbourhood, the intensifying pressure on land in other parts of the central city, and urban-regional development plans that make no space for the current neighbourhood. Housing demolition is a regular occurrence, whether by the railway authority (the neighbourhood is built along a currently disused railway track) or the wetlands authority (who view the neighbourhood as encroaching on sensitive wetlands) (Kagenda, 2014). Almost 80% of residents are fearful of their dwellings being demolished (Silver et al, 2015), and so are reluctant to invest in housing and infrastructure. The law plays a vital role here in shaping peoples plans for how and where to spend money, and in generating an affective atmosphere of anxiety around the future that informs peoples economic moves. As land and housing are increasingly pulled into formal markets, new higher-end housing is popping up on the boundaries.

The informal economy of manufacturing and services has slowly thickened, from street vendors and markets to economies around woodwork and metalwork, plastic recycling, fuel such as charcoal or kerosene, farming, and alcohol (Silver et al., 2015). Work is largely unregulated and often unpredictable. Josephine, for example, sells fruit and vegetables in the city centre, and lives day-to-day, with constant uncertainty over whether there will be enough food to eat that evening, or to cover her son’s school fees. She works in town without a permit, and is routinely hounded by municipal workers whose role is to help ‘beautify’ the city by chasing out vendors. In response, a cat-and-mouse geography has arisen, whereby vendors pass rumours to one another of where municipal workers were last seen (McFarlane and Silver, 2017).

Namuwongo is a neighbourhood where social networks matter. When Josephine has to work late, or when the money runs dry, neighbours and family often look out for and feed the children. Jennifer, another woman living near Josephine, plays an important role in local networks by training women in bead-making which they later sell. There is an expansive postcapitalist economy in the neighbourhood around borrowing, supporting, and gifting, often peopled by women, from food sharing and furniture making to community and religious groups that help raise funds for school fees or health care or train women to make and sell crafts, to formal and informal aid economies, to everyday tasks like watching or feeding one another’s children, which may look small but which play important roles in the economic life of the neighbourhood.

Through Namuwongo, we see an economy that is uncertain, provisional, unreliable, and composed of fragments of provisions, materials, and opportunities, social ethics of care, and affective atmospheres of anxiety and community. Social networks, especially those of extended family, neighbours, and co-workers, play an important but quite particular role here in helping people to get by.

All of which raises questions about how we might imagine and push towards more inclusive and fair urban economies. To this end, Simone and Pieterse (2017) develop an ecological view. Here, the ecological is thought through a variety of registers, such as the hybrid, the makeshift, and the experimental. The hybrid refers to mixed arrangements of state actors, small-scale private providers, and community-based organisations of different sorts; the makeshift refers to the operation of systems through “continual recalibration” in line with local conditions (ibid. 40), and the experimental refers to efforts to link local and larger systems, or instances which can be become demonstrators that motivate interventions elsewhere (Gibson-Graham, 2006).

The necessary work of transformation in urban economies will require a simultaneous focus on the large-scale and the particular, and especially the connective tissue between them, where the connective tissue is, for instance, these hybrids, makeshifts, and experiments (Amin, 2011). The political move in invoking ecology and holistic approaches, in this context, is straightforwardly to produce a wider view on the urban economy, which includes the formal and the informal, and which might connect labour, production, and social reproduction to the material and affective forces in the city.

That said, instrumental readings of ecology that tend towards a language of temporary thresholds and feedback loops can lead to often depoliticised discourses of urban ‘resilience’, while losing sight of the more critical renderings of ecology in, for instance, urban political ecology debates (Heynen et al, 2006). Given this, we might think of the ecological directionality as a movement towards a redistributed urban commons (Amin and Howell, 2016), or, given that these are struggles and not givens, as urban commoning.

Here, the commons includes a range of forms pivotal to more inclusive economies: basic provisions like water, sanitation, energy, healthcare, and education; distributions of resources of air, green space, land, and public space; and greater support, conditions, and pay for underpaid and underemployed workers. If we translate such a direction of travel for makeshift urban ecologies into particular targets, such as minimum pay in different sectors, or training support to get young people into work, or subsidised public transport, or per capita CO2 emissions adjusted for income (Swilling and Annecke, 2012; Simone and Pieterse, 2017), then we have in place yardsticks through which to measure the shift to a social urban economy.

Amin, A. (2011) ‘Urban planning in an uncertain world’. In Bridge, G. and Watson, S. The New Blackwell Companion to the City. Oxford: Blackwell.

Amin, A. and Howell, P. (2016) (Eds) Releasing the Commons: Rethinking the Futures of the Commons. London: Routledge.

De Goede M (2012) ‘Fighting the network: A critique of the network as a security technology’. Distinktion: Scandinavian Journal of Social Theory13(3): 215–232.

Heynen, N. Kaika, M. and Swyngedouw, E. (eds.) (2006) In the nature of cities: urban political ecology and the politics of urban metabolism.Routledge: London.

Langley, P. and Leyshon, A. (2017) ‘Capitalizing on the crowd: The monetary and financial ecologies of crowdfunding’. Environment and Planning A, 1-21.

McFarlane, C. and Silver, J. (2017) ‘Navigating the city: dialectics of everyday urbanism’. Transactions of the Institute for British Geographers. 42:458-471.

Roy, A. and Ong, A. (eds) Worlding Cities: Asian Experiments and the Art of Being Global.Oxford: Wiley-Blackwell