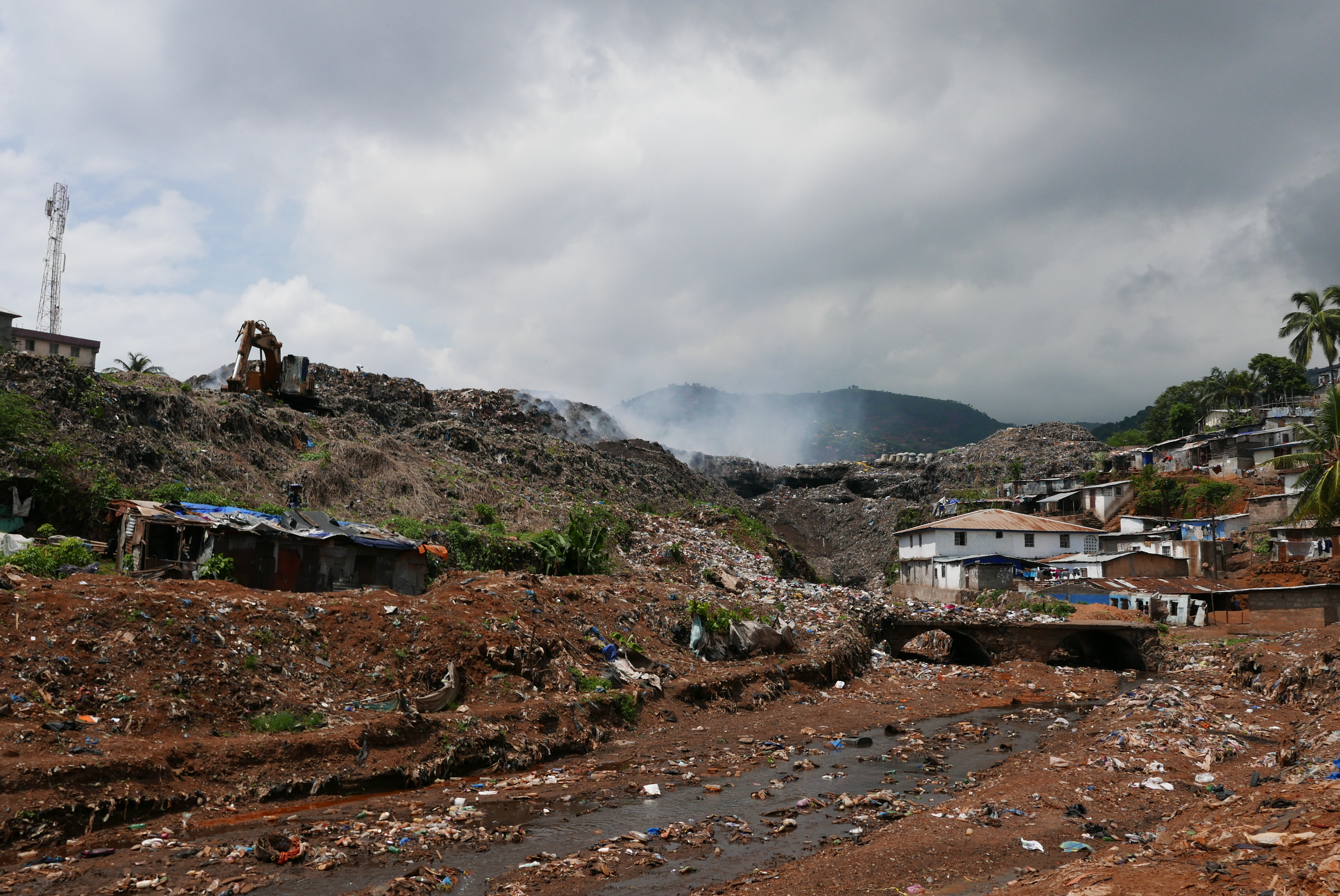 In much of Africa, rapid urbanisation and the variety of challenges associated with it (housing, slums, waste, health) are creating limits to the opportunities which cities and human settlements should offer. In Freetown, population growth has resulted in increased solid waste generation.

According to Abarca and de Vreede (2018), Freetown produces between 900 to 1000 tons of solid waste per day, comprising around 0.5 kg per capita of household waste, and an unknown amount of other types of wastes. However, only 40% (360 to 400 tonne/day) of this waste is collected through the designated company (MASADA) and other informal private operators (especially KLIN Salone). The bulk of the waste (540 to 600 tons per day) are either burnt, left uncollected due to the absence and unreliability of the collection system, or may be disposed outside the formal dumping sites, especially into drainage ways.

If not disposed safely and appropriately, solid waste can create significant health problems and a very unpleasant living environment. It may also provide a breeding ground for insects, pests and rats which may increase the likelihood of disease transmission.

A large proportion of informal settlement dwellers in many parts of Freetown are already faced with a range of health problems, which are often linked with poor waste disposal systems and the manner in which household wastes are disposed of, which exposes residents to risks related to smoke, contaminated ground water through the decomposition of wastes, and sanitation facilities situated around water bodies. The problem for poorer groups is not just that they face the greatest risk from these hazards, but that they suffer disproportionately from the health effects of environmental problems in the city.

With urban population growth rate estimated to be 4.2 percent (far higher than that of the country’s annual population growth rate of 2.6 percent) from 2013 to 2016, waste generation and management is expected to be a major development challenge for Freetown. Quite recently, the role of private actors, including the private companies KlinSalone, MASADA and a range of private waste pickers, was recognised as part of the government’s promise to deal with the waste management problems in Freetown. However, this presents the challenge of how to effectively manage and guide waste management services by different actors, while avoiding fragmented service provision. Already, the lack of an efficient and effective waste collection system in most parts of the city has encouraged inhabitants to dispose of their wastes in water courses, drainage channels, vacant land and alongside roads.