Dan Spencer gives a personal account of the events which took place in the UK and France, in 2015, to commemorate the battle of Agincourt. 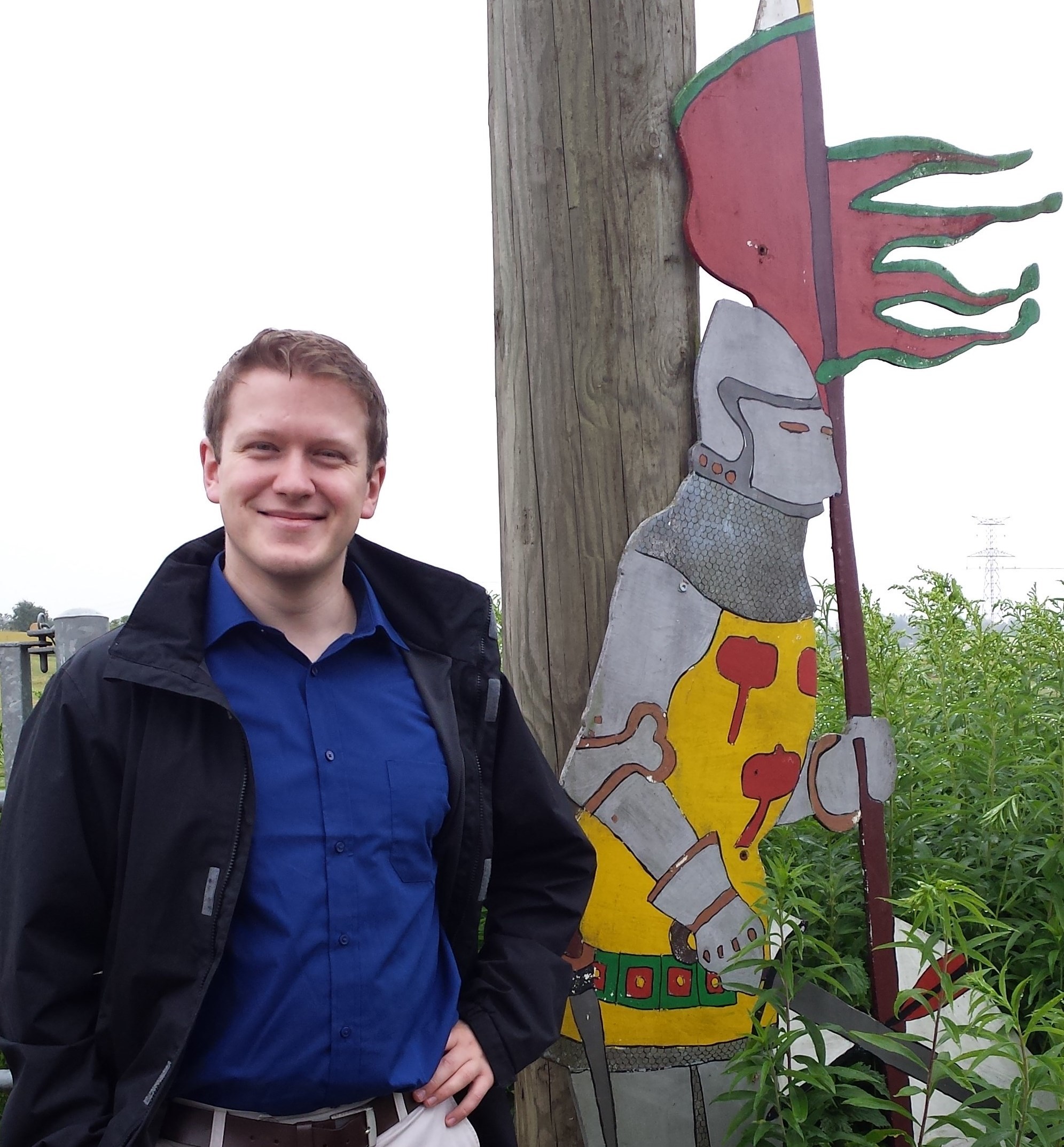 In this article, Dan gives a personal account of some of the events which took place in the UK and France, in 2015, to commemorate the battle. 2015 was a busy year for Agincourt commemorations. The 600th anniversary of the battle generated a huge amount of excitement and enthusiasm with a large number and variety of events held across the United Kingdom and beyond. I was fortunate enough to be invited to a number of these events.

One of the events that took place in the summer of 2015 was ‘A Concert of Agincourt Music and Reading’ with the medieval and renaissance wind band, Blondel, on 21 July at All Hallows by the Tower (one of the oldest churches in London). The evening’s activities consisted of a performance of readings and music from the fifteenth century, with the programme featuring music which was nearly all composed during the lifetime of Henry V (1386-1422).The sections depicted a number of important stages in the king’s life, from his wild youth to his marriage to Catherine de Valois and the Treaty of Troyes (1420), with the text taken from Holinshed’s Chronicles, Shakespeare’s play, Henry V, and the Archer’s Story by Esmond Knight, who played the part of Fluellen in the Laurence Olivier film adaptation of the play (1944). It was very interesting to hear the story of Agincourt through the music of the period and selected works.

A banquet was later held at the London Guildhall, a building which was under construction in the reign of Henry V, on 22 September, the anniversary of the surrender of the town of Harfleur. The meal was inspired by the times of Agincourt, with England as a seafaring nation represented by the choice of fish, haddock and halibut, with national pride present in the form of beef and Yorkshire pudding, whereas the dessert was sourced from fruits in the Pas de Calais, and the cheese from goats from the Azincourt countryside.Music was provided by The Salon Orchestra of the Honourable Artillery Company Band, with announcements and toasts preceded by the blowing of trumpets by The Trumpeters of The Band of the Household Cavalry. Stirring recitations from Shakespeare, such as his St Crispin’s Day Speech, were also provided by Sam Marks from the cast of the Royal Shakespeare’s Company’s production of Henry V. An after dinner speech was then given by the medieval historian and Justice of the Supreme Court, Lord Sumption, reflecting on the significance of Agincourt. This was a truly wonderful event, with the fine food, historical settings, music and speeches marking a grand occasion which I will undoubtedly remember for many years to come.

A special series of events were also held in France to mark the anniversary of the battle itself, organised by the Gendarmerie, the Centre Historique Médiéval (the local museum at Azincourt) and La Communauté de Communes des Sept Vallées, at Azincourt and other local places. I was part of aspecially invited party of British guests, which included members of the Agincourt600 committee, representatives from various London livery companies, the British ambassador and soldiers from the Royal Monmouthshire Royal Engineer (their HQ is Monmouth Castle where Henry V was born), and the 5th Regiment of the Royal Artillery. The presence of members of the armed forces was particularly special, as 100 years previously, in 1915, commemorations were also held at the battlefield on the 500th anniversary of the battle during the First World War by contingents from the French and British armies.

View Course
On the evening before the day of the anniversary a concert was held at the nearby town of Hesdin by musicians from the Republic Guard. The selected pieces were on an Agincourt theme, which included ‘Airs d’Azincourt’ by Richard Meyers and ‘La Procession des Nobles’ by Nicolaí Rimsky Korsakov, with others including ‘Nimrod’ by Edward Elgar, ‘Hymne a la Liberte’ by Thierry Deleruyelle and ‘Marche de Nuit’ by Francis Popy.

The anniversary day itself

The anniversary of the battle itself commenced with religious services held at the abbey at Auchy Les Hesdin with the participation of the parish priest and a representative from the local Gendarmerie. The abbey at Auchy Les Hesdin is a highly symbolic site for the Gendarmerie as there lies the remains of Gallois de Fougières, who was the Provost Marshall of France at Azincourt and was the first French gendarme killed in battle.Azincourt is normally a small sleepy village (as was the case when the team visited for filming earlier in the year), so it was a surprise to discover the streets and roads clogged with people, cars and Gendarmes. An assembly then took place on the site of the battlefield itself to mark the official inauguration of a monument commemorating the anniversary and those soldiers who have no known graves. Speeches were then given (mostly in French) by a number of speakers including Pascal Deray, president of the La Communauté de Communes des Sept Vallées, Professor Anne Curry, Christophe Gilliot, the director of the Centre Historique Médiéval, the Major General of the Gendarmerie, Jacques Hebrard, and the British ambassador, Sir Peter Ricketts.The conclusion of these speeches was then followed by enthusiastic recitals of La Marseillaise and God Save the Queen by the assembled crowd. These commemorations at the site of the battle were particularly moving and a wonderful testament to the modern day friendship and close relations between the governments and peoples of the United Kingdom and France.A military ceremony then took place in the square opposite the church in Azincourt with a squadron of six mounted soldiers from the First Regiment of Infantry from Sarrebourg and detachment of British soldiers, representing regiments present at the meeting in 1915. These were accompanied by a guard of honour from the Nord-Pas-de-Calais regional command of the Gendarmerie Nationale and musicians from the Republican Guard, which finished with the raising of the colours, presentation of decorations and the laying of flowers and wreaths at the monument of the fallen. The day then concluded with lunch in the local Charles VI restaurant.

The last major anniversary event took place at Westminster Abbey on 29 October. This was to mark the anniversary of the news of the battle reaching London, with the abbey also being the final resting place of Henry V. The events of the service consisted of a number of speeches and recitations including a reading from Shakespeare’s Henry V by the noted actor and expert on the longbow, Robert Hardy, and the address by the Right Reverend and Right Honourable Dr Richard Chartres, Bishop of London. At the end of the proceedings the members of the congregation had the opportunity to view some of the surviving possessions of Henry V, including his sword, saddle, shield and helm, which were all on display.All in all, 2015 was a very special year, which bears witness to the continued importance of a battle which took place 600 years ago.

Did you take part in any events which commemorated or remembered Agincourt? Tell us about them.

How do you think we will be celebrating Agincourt’s 700th anniversary in 2115?

Hi there! We hope you're enjoying our article: 600th Anniversary of Agincourt Celebration
This article is part of our course: Agincourt 1415: Myth and Reality