The Southampton Plot Against Henry V: Who Were Involved?

In this article, researcher Dan Spencer examines the biographies of the Southampton plotters. Who were they and why did they plot against the king? 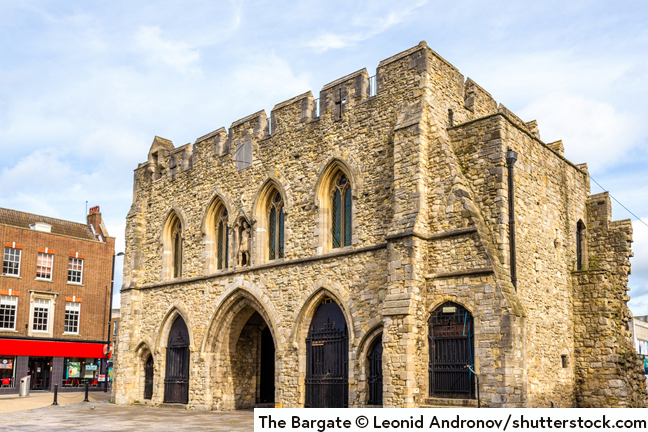 There were four men involved in the plot against Henry V: Richard of Conisbrough, Earl of Cambridge; Henry Scrope, third Baron Scrope of Masham; Sir Thomas Grey, and Edmund, Earl of March. What motivated these men to begin plotting Henry’s downfall? Their biographies tell us something of their reasons.

Richard was born at Conisburgh Castle, Yorkshire, in 1385 the son of Edward III’s fourth surviving son, Edmund of Langley and Isabella of Castile. Despite his illustrious heritage, he was not provided with any lands or income by his father (possibly as he was allegedly the product of an affair between his mother and John Holland, earl of Huntingdon). He was granted an annuity of 500 marks by Richard II in 1395, but he received no further royal grants after the latter’s deposition in 1399. In 1408 he married Anne Mortimer, a descendent of the second son of Edward III.Richard was created earl of Cambridge by Henry V in May 1414, but the title was only for life and came without either land or money and Richard was the poorest of the English earls. This caused him offence and undoubtedly made it difficult for him to afford to raise a retinue commensurate with his status for the Agincourt campaign. Richard indented to serve on the 1415 expedition with a large retinue of 210 men, consisting of himself, two knights, 57 men-at-arms and 150 archers. After his trial and execution in early August, his body was buried at God’s House, Southampton. Since his brother Edward died at Agincourt without a male heir, it was Richard’s son, another Richard (1411-61) who inherited the duchy of York. By virtue of descent from the second son of Edward III, he claimed the throne in 1460. His son made good this Yorkist claim by being crowned as Edward IV in 1461.

Relatively little is known about Henry before 1400, but during his youth he gained military experience overseas. He entered into Lancastrian service after the accession of Henry IV to the throne and was described as a ‘king’s knight’ by 1403. In 1410 he was made a knight of the Garter and was appointed as Treasurer of England during Prince Henry’s control of the royal government, a position which he occupied until December 1411.He continued in royal service after the accession of Henry V in 1413, being sent on diplomatic missions to France in 1414 and being an attendee at a royal council meeting in February 1415 where the campaign to France was discussed. Henry indented to serve on the 1415 expedition with a sizeable retinue of 120 men, consisting of himself, three knights, 26 men-at-arms and 90 archers. Unlike the other two plotters, Scrope was close to the king. It is likely that Scrope was not involved in the plot but he certainly knew of it and failed to reveal it to the king: that was why Henry reacted so strongly against him.His family links are vital to understanding his actions. In 1410 he had married Joan, the widow of Edmund, duke of York (d. 1402) who was the fourth son of Edward III and the father of Edward, duke of York and Richard, earl of Cambridge. So Henry was the stepfather of the earl of Cambridge (mentioned above). Scrope was on the horns of a dilemma when he knew of the plot. Should he frame his stepson Richard and Sir Thomas Grey? Or should he remain loyal to Henry? Perhaps he thought the plot would not materialise anyway so he kept quiet – to his cost. Following his execution on 6 August, his head was displayed on Micklegate Bar in York. Since Scrope’s will suggests that he had intended to be interred in York Minster and that he owned property in Micklegate itself, this was the ultimate local humiliation.

Thomas was of a lower social status than the other two plotters but was greedy and ambitious. He was from Heaton, near Norham in Northumberland, from a prominent local gentry family. Thomas entered into Lancastrian service after the death of his father in 1400, receiving grants and other marks of favour from Henry IV. He had been retained by Ralph Neville, earl of Westmoreland, in 1404 but he entered into the service of Henry, Prince of Wales, in 1408, which meant that, as with the other plotters, he had a personal link to the future king.

View Course
As a prominent member of the Northumberland gentry he was tasked with the defence of the border against Scottish attacks, being appointed as a commissioner of array for the county on 5 July 1410. He also had a relationship with Richard, earl of Cambridge, since at least 1412, as he had married his son, Thomas Grey, to Isabel, the latter’s daughter. Thomas indented to serve on the 1415 expedition with a not inconsiderable retinue of 72 men, consisting of himself, 23 men-at-arms and 48 archers. Unlike the other two plotters, Thomas was not a member of the nobility, and was therefore promptly executed after admitting his guilt on 2 August.

Edmund’s father, Roger Mortimer (d. 1398), was the grandson of the second son of Edward III, and arguably therefore, Edmund was Richard II’s heir to the throne. The usurpation of the throne by Henry IV (son of the third son of Edward III) in 1399 meant that the Mortimers had lost out.Not surprisingly Henry IV was worried about Edmund’s possible claim and kept both him and his younger brother Roger in honourable captivity at Windsor. In 1402 they were transferred to Berkhamstead castle where they were brought up with Henry IV’s younger children. In 1405 there was a plot to carry off Edmund and Roger to Wales but this failed. Edmund was thenceforward in the care of Richard, Lord Grey of Codnor but in 1409 was placed in the care of Prince Henry.At Henry’s accession in 1413 he gave Edmund his liberty and allowed him to inherit his estates. But he imposed on the young earl a huge fine of 10,000 marks for his marriage to Anne Stafford, a descendent of the fifth son of Edward III. This infuriated Edmund and explains his willingness to listen to the plotters in 1415. He had also borrowed money from Henry, Lord Scrope. But at the end of the day it was Edmund who disclosed the plot to the king and therefore saved his own skin. He served on the Agincourt campaign with a knight banneret, 3 knights bachelor, 55 men-at-arms and 160 archers but was invalided home from the siege of Harfleur and was not at the battle of Agincourt. Although he served Henry in France thereafter he was not wholly trusted, and at the accession of the baby Henry VI he was sent to Ireland, where he died in 1425.

Hi there! We hope you're enjoying our article: The Southampton Plot Against Henry V: Who Were Involved?
This article is part of our course: Agincourt 1415: Myth and Reality