What is our microbiota? The microbiota in our gut performs many different key functions that help us to maintain our health. 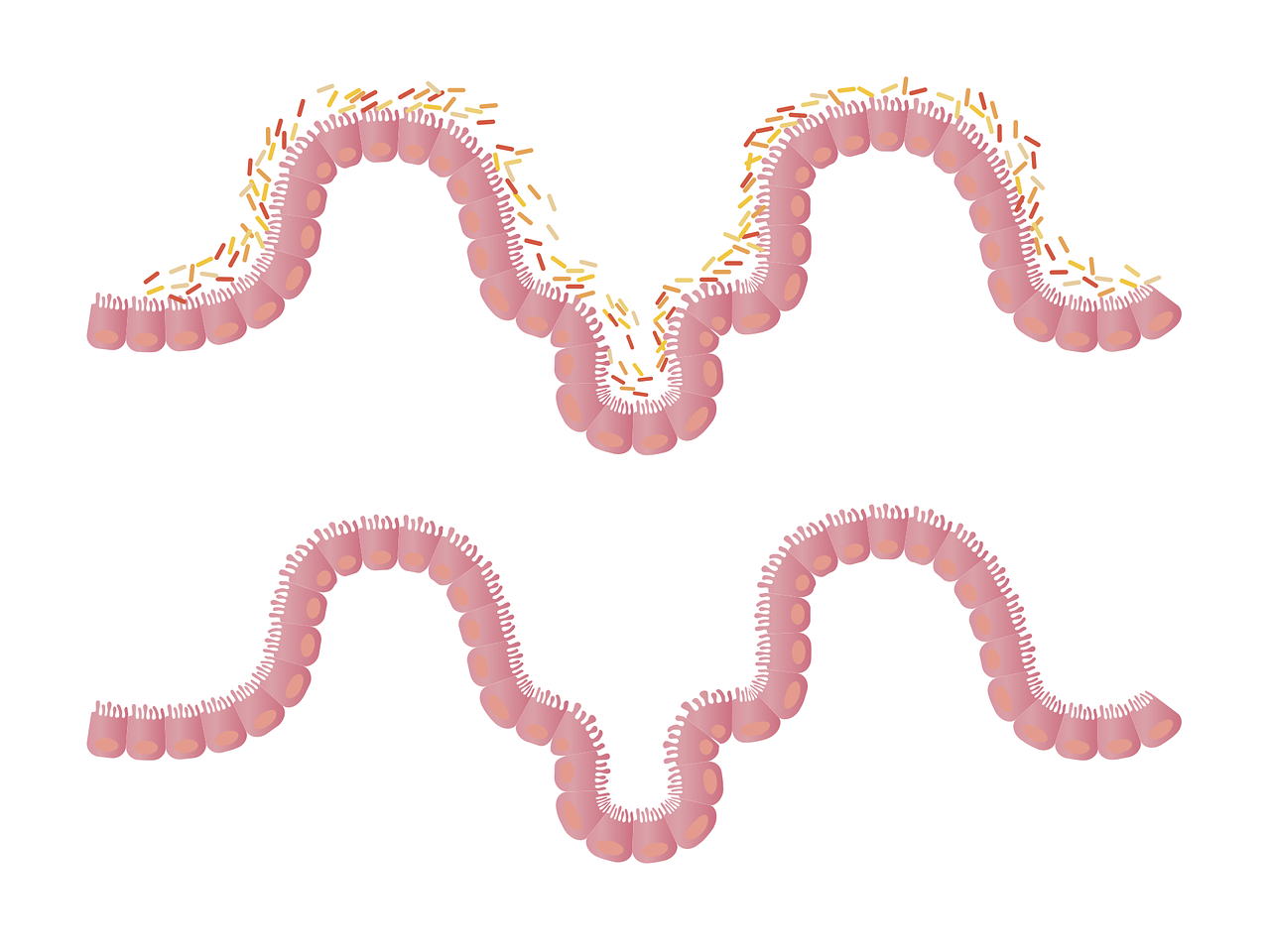 The microbiota in our gut performs many different key functions that help us to maintain our health. The gut contains all three domains of cellular life, Bacteria, Archaea, and Eukarya, as well as viruses. This makes the human gut microbiota extremely diverse. Moreover, the quantity and the diversity of microbes increase from the stomach to the colon (Fig. 1). The majority of microorganisms reside within the more distal parts of the digestive tract, where their biomass surpasses 1011 cells per gram content. The predominant bacterial groups in the microbiota are gram positive Firmicutes and gram negative Bacteroidetes. 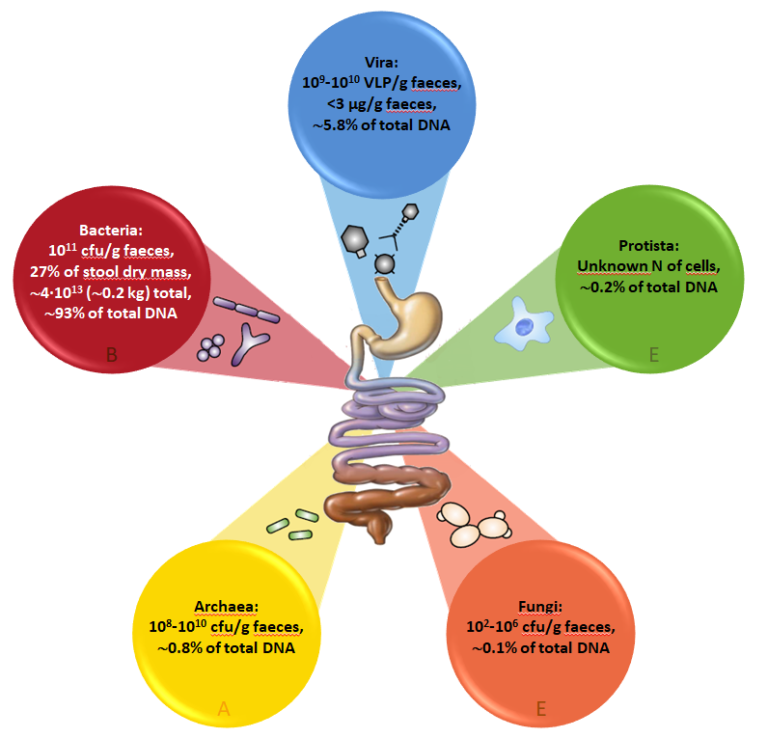 Figure 1. Main Taxonomic groups of the human gut microbiota and the Domain/Kingdom Level

Besides its diversity, the composition of the gut microbiota is highly variable among and within individuals. It’s affected by many factors (Fig. 2). However, there is growing evidence that diet and lifestyle may be the primary dominant factors that shape the human gut microbiota composition in a healthy person. Today we know that diet plays a significant role in shaping the microbiota, with experiments showing that dietary alterations can induce large, temporary microbial shifts within 24 h. 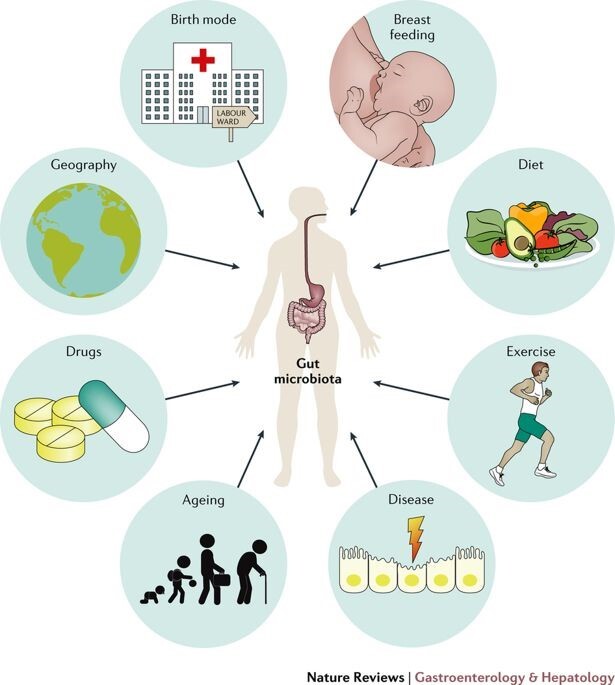 Figure 2. Major factors affecting the composition of the gut microbiome

The National Institutes of Health (NIH) launched the Human Microbiome Project (HMP) in 2007 as one of the first large-scale initiatives to provide resources, methods, and discoveries that link interactions between humans and their microbiomes to health-related outcomes.

Microbiota is essential to human health in many aspects. It protects against pathogens, it contributes to the integrity of biological structures, and it also has a very important function in the host metabolism. Many recent studies have suggested that the intestinal microbiota plays an important role in modulating the risk of several chronic diseases, including inflammatory bowel disease, obesity, type 2 diabetes, cardiovascular disease, and cancer. The close relationship between diet, gut microbiota, and health, suggests that we may possibly improve our health by modulating our microbiota through the diet.

Nutrients can directly interact with microorganisms to promote or inhibit their growth. The capability of certain microorganisms to extract energy from specific dietary constituents confers a direct competitive advantage to selected members of the gut microbial community, rendering them more capable of proliferating at the expense of other microorganisms.

In addition to the ability of microbes to extract energy from food compounds, products of microbial metabolites may also act as signaling molecules and influence the host’s metabolism. Today we know that gut microbes produce a vast set of small molecules that are often chemically different from those generated by the host metabolism. For example, fermentation of dietary fibre is one of the dominant functions of the caecal and colonic microbiota and a major source for short-chain fatty acids (SCFAs), which are the fermentation end products. SCFAs (mainly, acetate, propionate and butyrate) have an important role in maintaining intestinal immune homeostasis and protecting against inflammation and carcinogenesis. SCFAs might also influence gut-brain communication and brain function directly or indirectly (Fig 3). 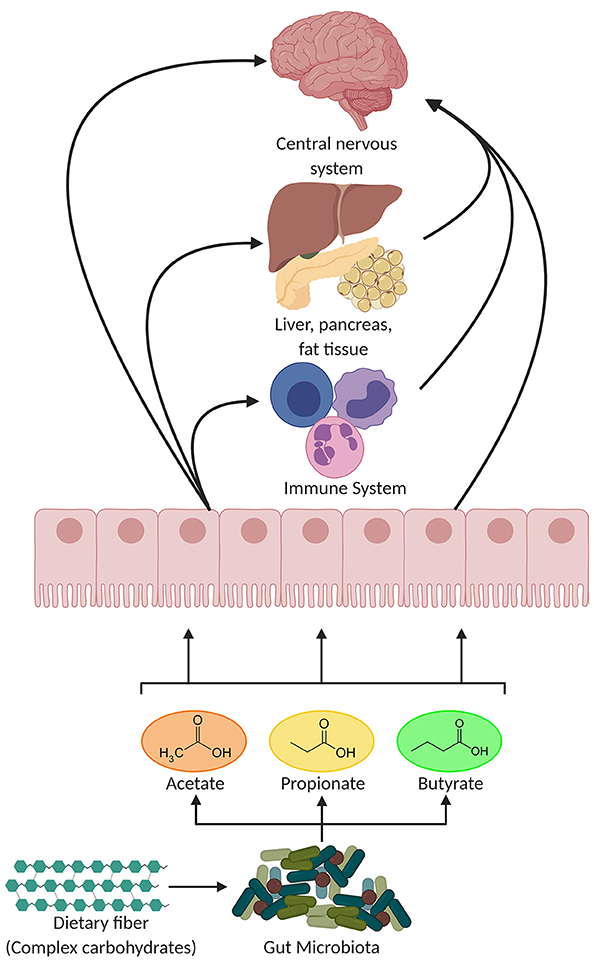 Figure 3. Main SCFAs produced by the microbiota in the large intestine through the anaerobic fermentation of indigestible polysaccharides such as dietary fiber and resistant starch. Potential pathways through which SCFAs influence gut-brain communication (Figure adapted from https://doi.org/10.3389/fendo.2020.00025)

In addition to production of SCFAs, the gut microbiota can mediate the health effects through additional mechanisms. For example, phenolic compounds, phytochemicals found in a huge variety of fruits and vegetables, a class of compounds characterized by the presence of various hydroxyl groups in aromatic rings. Certain gut microorganisms are capable of metabolizing phenolic compounds making them potentially more biologically active than the primary compounds and more easily absorbed by the body. Moreover, polyphenols can modulate the gut microbiota by promoting the growth of specific gut microbial species that may provide beneficial health effects to the host.