An overview of Pseudomonas aeruginosa. 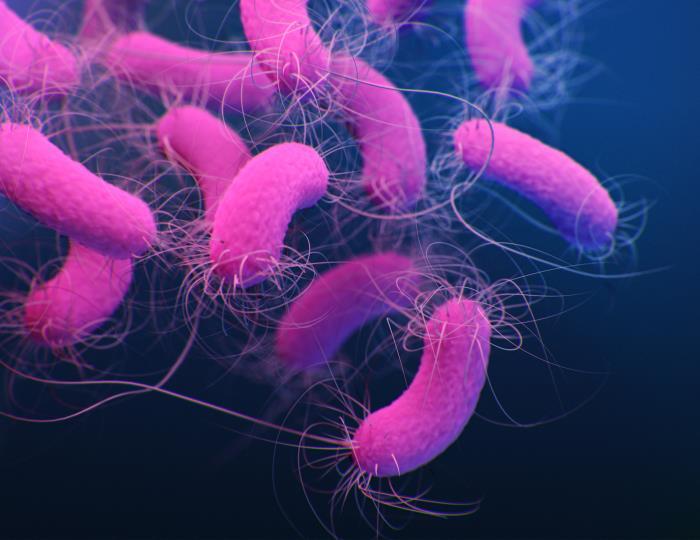 Pseudomonas bacteria are a gram-negative genus that feature a rod shape and polar flagellation. This step will focus on Pseudomonas aeruginosa, as this is the strain that most often causes infections in humans.

P. aeruginosa can be found in soil and water and causes disease in plants, animals, and humans. It can survive a variety of environmental conditions, including temperatures of 42°C (growth is optimum at around 37°C), high concentrations of salt and dyes, and the absence of oxygen and the presence of nitrate.

These bacteria have a relatively large genome and flexible metabolic capabilities, and the ability to grow in biofilm assists with protection from host defenses and treatments.

P. aeruginosa is an opportunistic pathogen that thrives in patients who are immunocompromised or based in the Intensive Care Unit (ICU), and is a major player in causing hospital-acquired infections (HAIs).

Infections can occur in those who are not in these situations, but this is much less common. The ability to form biofilms contributes to the prevalence of this bacteria in causing ventilator-acquired pneumonia (VAP) and urinary tract infections (UTIs), as these films can form on top of ventilators and catheters.

Chronic wounds and burns can also be a source of infection, as well as cystic fibrosis patients – CF patients will be discussed in week two of the course.

Treatment of P. aeruginosa is complex, as this pathogen shows both intrinsic resistance and the ability to develop resistance to common antimicrobials used in treatment – such as piperacillin/tazobactam, carbapenems, and aminoglycosides. Isolates are commonly found to be multi-drug resistant (MDR), which continues to narrow the options for treatment.

The Centers for Disease Control and Prevention (CDC) has highlighted P. aeruginosa as one of the biggest threats but states that high-quality infection control and appropriate use of antibiotics can aid the decrease of rates.